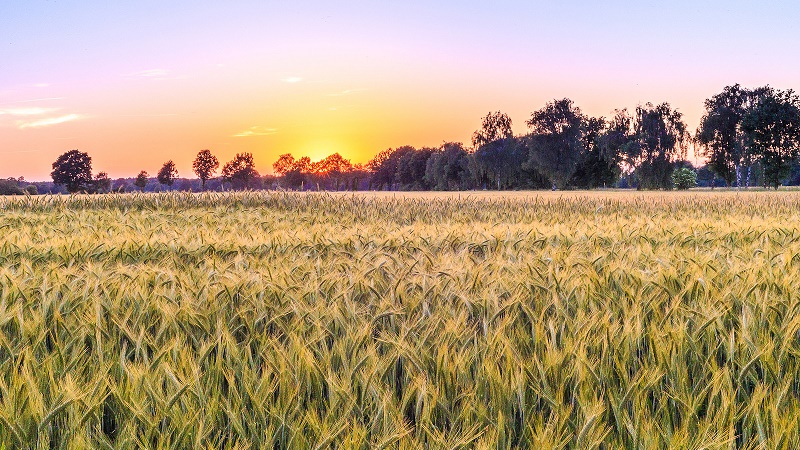 Corn is one of the sources of biofuel (Flickr/Alexander Steinhof)

Deep rifts have emerged between climate campaigners over how the world can best limit warming to a newly agreed goal of 1.5C above pre industrial levels.

At issue are the assumptions in climate models that large-scale use of energy crops will be needed to prevent dangerous climate disruption.

In a media briefing at UN climate talks in Bonn on Thursday ActionAid warned this raised the risk of land grabs and food insecurity, hurting the world’s vulnerable.

The international charity’s Teresa Anderson argued there had to be other ways to meet the aspirational goal agreed at last December’s Paris summit.

Climate scientist Bill Hare, who spoke before Anderson on the panel and did not have a chance to respond directly to the claims, described that as “bullshit” as he walked out.

That was captured on twitter by Climate Tracker, a group of young people following the negotiations. They later deleted the tweets.

. @BillHareClimate walks out of the media briefing on #1o5c, says what was presented here was unscientific. #Bonn #SB44 #UNFCCC

. @BillHareClimate says that @ActionAidUK claim on effects of bioengineering other technologies are *bullshit* #Bonn #SB44 #UNFCCC

The flare-up exposes how climate models have increasingly come to rely on an untested and relatively unexamined technology: bioenergy with carbon capture and storage (BECCS).

By burning plant-based fuel and pumping the resulting emissions underground, carbon dioxide can in theory be removed from the atmosphere.

Analysis by the Carbon Brief website shows why negative emissions are almost certainly needed to balance atmospheric CO2: at current rates, the carbon budget for 1.5C will be used up in 5-16.5 years.

In Paris, countries agreed to hold warming “well below 2C” and to 1.5C if possible. There was also a pledge to balance sources and sinks of greenhouse gases in the second half of the century, implicitly accepting a role for removal of carbon from the air.

Yet there is a growing awareness that this could involve difficult choices about who gets to use land and how.

The Intergovernmental Panel on Climate Change’s last assessment report in 2014 notes (page 446) most 2C scenarios involve expanding energy cropland. There is “a clear tradeoff” with other types of land cover, such as food crops or pasture.

That has knock-on effects, for example the UN Food and Agricultural Organization has blamed diversion of crops to biofuel production for food price volatility.

NGOs including ActionAid and Oxfam have campaigned against projects like the Agro EcoEnergy sugar cane plantation in Tanzania, accusing the Swedish company of taking land from smallholders without their informed consent.

It is likely to be central theme of a special report on land use and food security the IPCC is due to produce in 2018.

Hare, physicist and founder of Climate Analytics, acknowledged the risks but maintained bioenergy was an essential plank of 1.5C scenarios.

Speaking to Climate Home after the event, he accused ActionAid of making “non-scientific and exaggerated claims”, which amounted to “policy denialism”.

He urged NGOs not to write off BECCS, adding: “We had better think about how to make it a solution and not a problem.”

Responding to the criticisms, Anderson suggested to Climate Home alternatives could involve addressing the carbon-intensive lifestyles of the wealthy.

“It is just not acceptable that we are implicitly choosing to sacrifice the very same vulnerable communities the 1.5C target is trying to protect,” she said.