Report hails US plans to close 100GW of coal power, contrasting it with Tokyo’s policy to support polluting fossil fuel domestically and abroad 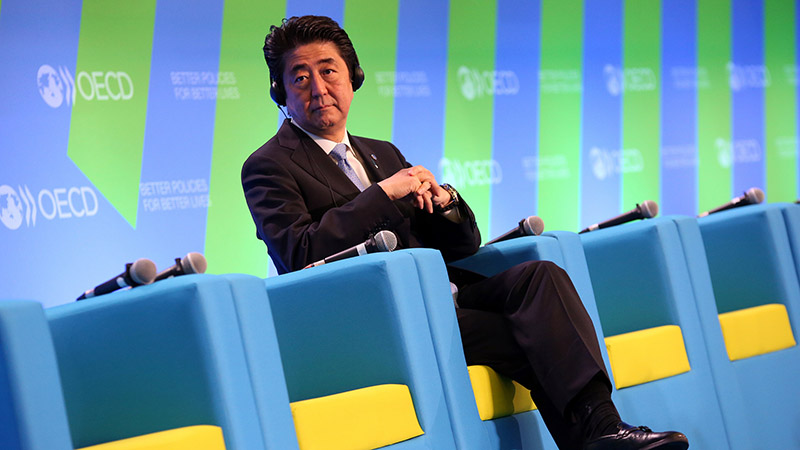 Japan stands alone among G7 countries in planning to radically ramp up coal use, according to a new ‘scorecard’ developed by London-based think tank E3G.

Despite a coal capacity double that of other G7 members at 288 gigawatts, the US topped the scorecard due to its domestic and international efforts to limit coal use.

More the 100GW of coal-fired capacity is now slated for closure stateside, according to the report, while Washington’s climate diplomacy has turned the screw on overseas financing of the world’s most carbon-intensive fossil fuel.

France and the UK tied in second, reflecting what the report terms “positive government interventions” since the scorecard’s last publication in October 2015.

The study comes days before G7 leaders are due to meet in Toyama, Japan from 26-27 May, amid a growing campaign from green groups against the Abe administration’s energy plans.

E3G delivered a rebuke to Tokyo’s goal for more than 25GW of new coal capacity, which has not changed in the light of the UN’s newly agreed pact to slash greenhouse gas emissions.

“Continued construction of unabated coal fired power plants are not compatible with the climate commitments it made in the Paris Agreement,” wrote the report’s author Chris Littlecott.

The government was still actively investing in overseas coal plants, he said, and was displaying a reluctance to invest in nascent carbon capture technology to suck up fossil fuel emissions.

Lacking significant domestic energy reserves, Japan’s coal use has risen markedly since the 2011 Fukushima disaster and decision to shift away from nuclear power.

Abroad, green groups say Japan’s continued funding for coal plants in Indonesia, Myanmar and the Philippines demonstrates the government is not taking its climate commitments seriously.

“It is a time to make G7’s public finance flows consistent with the goal of 1.5-2 degree Celsius agreed in Paris,” said Yuki Tanabe, coordinator at Japan Center for Sustainable Environment and Society.

Separately, 82 organisations representing 300,000 medical professionals in 30 countries signed a Global Health Statement calling for the G7 to lead a “transition away from coal”.

A significant number of the 3.7 million deaths each year from air pollution can be linked to coal burning, the statement said.

“Coal not only produces carbon, micro-pollutants and many other substances toxic to humans, but it is grossly inefficient when compared to renewable energy sources,” said Dr James Orbinski, Professor and Research Chair in Global Health at the BSIA School of International Affairs, Laurier University Canada.