A huge glacier in the frozen wastes of East Antarctica, a region previously thought stable, could melt much faster than expected, scientists say. 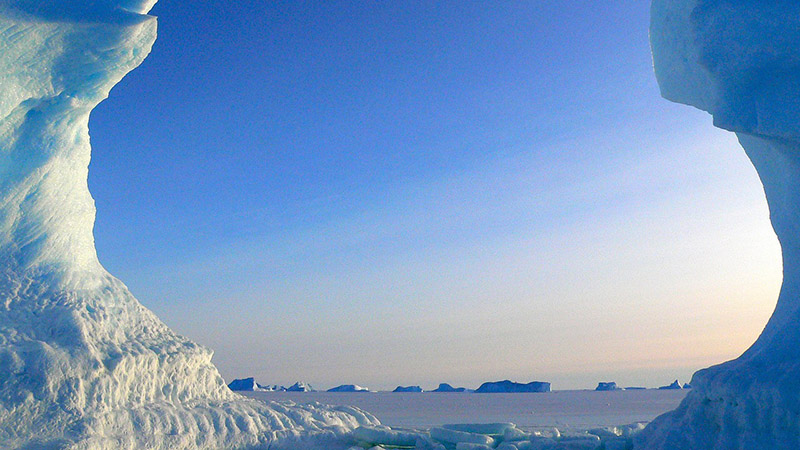 One of Antarctica’s great glaciers could become unstable if global warming continues at the present pace.

As warm seas wash the ice shelf, the land-based mass of ice could begin to retreat, cross a critical threshold in the present century and then withdraw 300 kilometres inland.

In the course of doing so it would spill tremendous quantities of water into the oceans: enough to raise global sea levels by 2.9 metres and threaten cities that are home to billions.

And here is the bad news: glaciologists have known for decades that West Antarctica’s ice sheets are unstable.

But the Totten glacier is part of the East Antarctic Ice Sheet, a mass of ice most researchers had believed to be stable and highly unlikely to lose much of its ice, even in a warming world.

Scientists from Australia, New Zealand, the US and Britain report in Nature that they explored the underlying geology of the Totten glacier to build up a picture of its advance and retreat over many millions of years.

“The evidence coming together is painting a picture of East Antarctica being much more vulnerable to a warming environment than we thought,” said Martin Siegert, co-director of the Grantham Institute at Imperial College London. “This is something we should worry about.

“Totten Glacier is losing ice now, and the warm ocean water that is causing this loss has the potential to also push the glacier back to an unstable place.”

The identification of a weak spot in the bastion of frozen water that embraces East Antarctica is new. But alarm about the rate of melting and the potential for change across the world’s last largely uninhabited continent is not.

In the past few years researchers have pinpointed the insidious effect  of warming sea currents, and identified immediate hazards to the glaciers of the fast-warming West Antarctic region.

“Totten Glacier is only one outlet for the ice of the East Antarctic Ice Sheet, but it could have a huge impact”

They have, in separate studies, warned that climatologists may have under-estimated the pace of change and even proposed scenarios in which the loss of ice over the whole continent could become inexorable.

But nobody expected any of these things to happen, or even begin to happen, in a human lifespan.

Even in a rapidly-warming world, Antarctica will remain the coldest place on Earth, sheathed by 30 million cubic kilometres of ice, containing 70% of the planet’s fresh water, a mass so vast that – were it to melt entirely – sea levels would rise by 60 metres.

The latest study suggests that rapid melting could begin within the next century.

“Totten Glacier is only one outlet for the ice of the East Antarctic Ice Sheet, but it could have a huge impact,” said Professor Siegert.

“The East Antarctic Ice Sheet is by far the largest mass of ice on earth, so any small changes could have a big influence globally.”