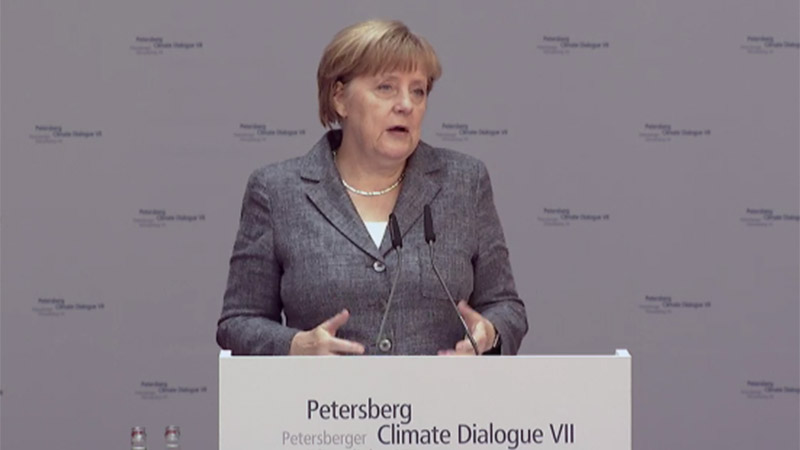 Leaders in Berlin and Riyadh are planning to ratify the UN’s new pact to slash greenhouse gas emissions by the end of the year, it was announced today.

“We are entering in a new phase, where renewables will be most important pillar of energy generation in Germany,” said Merkel.

The country’s new climate plan was under consideration at a federal level, she added, but hoped states could “agree our measures” shortly.

“We in Saudi Arabia are fully committed to the COP21 deal,” he said. Earlier this year, the government in Riyadh announced plans to diversify its economy away from oil.

While Germany must wait for all EU member states to formally ratify the deal, Saudi Arabia’s potential support could be enough to allow it to enter into force this year.

Ratification from 55 countries covering 55% of global emissions is required before the agreement – which targets limiting global warming to well below 2C – is activated.