Offshore carbon: why a climate deal for shipping is sinking

The Cook Islands, a tiny Pacific state vulnerable to sea level rise, is vocally opposed to action at the International Maritime Organization 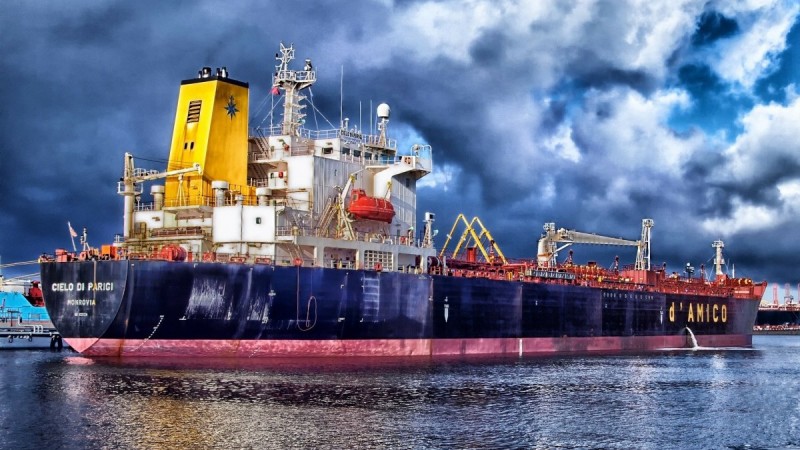 Eight months after world leaders struck a historic climate pact in Paris, most UN bodies are – more or less – getting with the programme.

This week countries are working on a deal to tackle potent warming HFC gases, used in air conditioning. Aviation negotiators are set to finalise a carbon offsetting scheme in September.

Then there is shipping.

With a carbon footprint the size of Germany’s and growing, it is critical to the Paris goal of holding global warming “well below” 2C. Analysts see untapped potential to clean up the sector without breaking the bank.

Yet the London-based International Maritime Organization (IMO) is deadlocked on the issue. Countries that speak up for climate ambition in other forums here dissemble and delay.

Puzzlingly, a tiny Pacific island state is one of the most vocal opponents of attempts to set a climate target for the sector.

The Cook Islands, population 15,000, is on the front line of sea level rise and intensifying tropical storms.

Yet at the last IMO environmental committee meeting, its representative Captain Ian Finley agitated against even talking about a climate target for shipping.

A modest proposal to set up a working group was “right out of left field,” he fumed. “To be honest I am staggered that this was even suggested.”

That stance is at odds with neighbouring Solomon Islands and Marshall Islands. Backed by France, Germany, Belgium and Morocco, they are pushing for shipping to do its “fair share” towards the Paris goals.

That was Moses Kouni Mose, Solomon Islands ambassador to the EU.

“Cook Islands, like many other islands in the Pacific, is also facing the brunt of climate change,” he told Climate Home some weeks after the debate.

“I am not sure whether he [Finley] is receiving his instructions from the capital or speaking his own mind, representing the parochial interests of the industry.”

It is an open question. Finley, an Englishman who previously negotiated for Panama, could not be reached for interview.

The Cook Islands-registered shipping fleet hardly seems big enough to warrant such vigorous lobbying: 0.03% of global tonnage in 2014, according to UNCTAD.

The simplest explanation is that, 16,000km from Avarua, Finley follows his personal convictions, perhaps influenced by friends in the industry.

A little personality goes a long way in the insular world of the negotiating chamber, all wood panels and deep-pile carpet.

“He’s been there for a long time and has many friends and colleagues – that is a very powerful force at the IMO. Every IMO member has an equal voice. Ian takes full advantage of that.”

Finley was not flying solo at the last environmental committee meeting, however. Foreign ministry official Josh Mitchell sat silently alongside.

On his return home, Mitchell made clear Finley spoke with the government’s blessing.

In an interview with the Cook Islands News, he hit out at NGO the Clean Shipping Coalition for its comments on the country’s role.

“The Cook Islands has been the victim of a grossly unfair and manipulative slander campaign which has deliberately misrepresented its position,” said Mitchell.

These are strong allegations. Do they have any merit?

It is true that the Cook Islands is not the only country blocking this agenda. Several emerging economies and even the US make similar arguments, albeit with less vehemence.

The main defence is that emissions controls are already in hand. There is consensus on a “three-stage process” to regulate fuel efficiency.

It involves gathering masses of data from individual ships before analysing it and eventually setting regulations.

There is no clear timeline, but the industry expects to start reporting the required data in 2020 and processing it will take longer.

Climate watchers are clear this is a recipe for paralysis, at odds with the urgency of the Paris Agreement.

Ships should be cutting emissions at least 6% a year, according to his research. That is in line with half a chance of keeping global temperature rise below 2C, while allowing for some growth in trade.

There is no shortage of viable clean technologies, according to Diane Gilpin of the Smart Green Shipping Alliance, which promotes industry collaboration.

The problem is a lack of policy leadership, she says: “There is a sense of stagnation [at the IMO]…

“It is really just delaying the inevitable and it is not necessary, because we know the direction of travel.”

Even the usually conservative International Chamber of Shipping said the three-stage process and a broader discussion about targets could happen in parallel.

“We listened very carefully to what happened in Paris,” secretary general Peter Hinchliffe told Climate Home ahead of the last IMO environment meet.

“We believe the IMO should listen to that outcome and think about a process for doing more emissions reduction for shipping.”

That is a familiar debate in climate circles. The Paris Agreement ultimately overcame the rich-poor divide by allowing national governments to determine their contributions, boosted by financial and technology support.

Key players like China came round to the idea that the low carbon transition presented opportunities – see solar power – not just costs.

“I don’t understand why you would not be looking for resilience in times of [market] turbulence,” she says.

In shipping, operating as it does largely offshore, there is a complication. The IMO has a principle of “no more favourable treatment” for one country over another – all must be bound by the same rules.

Still, it is no reason to duck the conversation, climate advocates say – these issues can be worked out.

For all its protestations, sources close to the process think there is something fishy about the Cook Islands’ staunch antagonism of its nearest neighbours.

When the mainstream industry lobby is prepared to support greater efforts, whose interests is Finley really serving?

One explanation lies with the Cook Islands’ most notorious industry: offshore banking. It has become known for asset protection trusts, which help wealthy individuals and companies hide money from creditors or litigants.

IMO delegate Josh Mitchell is the son of Mike Mitchell, a New Zealand lawyer who shaped the country’s secrecy laws in the early 1980s. He then founded a firm that grew to become Portcullis Trustnet, to take advantage of that structure.

As the International Consortium of Investigative Journalists (ICIJ) set out in detail, Trustnet has acted for dictators, fraudsters and money launderers.

A search of the ICIJ offshore leaks database reveals some shipping companies among its clients, too – at least before 2010. Singapore-based Thome Ship Management and Active Shipping Inc are two that come up. Shell companies may conceal others.

There is no evidence Mitchell is engaged in anything illegal, but such financial links offer clues on the Cook Islands’ motivation.

Whatever is going on beneath the surface, there is plenty of industry influence in plain sight.

A world away from the emotionally charged hubbub of climate talks, the IMO negotiating chamber in London is quietly businesslike.

NGO observers are outnumbered by lobbyists. Activists are nowhere to be seen.

Many national delegations include industry representatives, who not uncommonly take part in technical working groups.

Apathy is as much of a drag on ambition as Finley’s conspicuous resistance. Progress is slow and fragile.

Interview: Why the Marshall Islands are rocking the boat at UN shipping talks

In May 2015, the Marshall Islands was alone in calling for action. Tony de Brum, foreign minister at the time, put in a rare appearance by a politician.

The small island state has an outsized clout at the IMO due to its shipping registry, the third largest in the world. A flag of convenience, attractive because the Marshall Islands enjoy US navy protection, the business is run from Virginia, US.

Normally the registry pays the IMO fees and occupies the country’s seat. Ultimately, though, it depends on the Marshall Islands government for legitimacy and de Brum used his leverage to make an emotive appeal for solidarity.

“That was one of the most jarring things we have seen at the IMO for a long time,” said Carbon War Room’s Hon.

“A rare time we have seen national interest trump the interests of their registries and I think that is incredibly significant.”

A year later, the Marshalls co-sponsored a proposal with five others, building a modest alliance. More than half of members expressed support for their stance.

But the Marshall Islands seat was back with maritime administration, which gave the tersest of endorsements. Sources close to the matter say diplomat Albon Ishoda was due to attend from Majuro but was pressured to withdraw. Neither side responded to a request for comment.

The alliance for high ambition is working with a fraction of the diplomatic resources deployed ahead of the Paris summit.

Nonetheless, Ambassador Mose is determined to keep up the pressure at the next meeting in October.

“I believe everyone will come on board,” he says. “It is a matter of survival for many of us. If the current trend continues and nothing is happening to reduce the CO2 emissions, many of the small island developing states will cease to exist in the next 50-60 years.”

Quotes from Captain Ian Finley were made during a meeting of the IMO’s Marine Environment Protection Committee held from 18-22 April 2016. These meetings are open to media but do not allow for the naming of speakers in reports without prior consent. As such the publication of these quotes was a violation of the IMO’s terms and conditions for media access, specifically rule 9 of the Rules of Procedure relating to the MEPC.