Could every UK town have a small nuclear reactor? 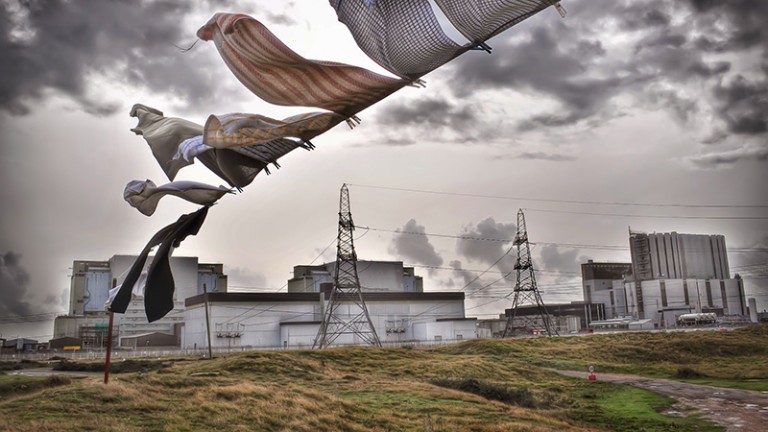 The nuclear industry sees the UK as a springboard for its plans to expand in the next 20 years, especially as a pioneer in the deployment of a new breed of small reactors.

Despite the UK referendum vote to leave the European Union, the industry is confident that many small reactors will be built in Britain and that the country will become a showcase for the industry and an exporter of the technology.

The ideal is for each town to have its own reactor.

The government-owned National Nuclear Laboratory says the industry worldwide will be worth £400 billion by 2035, and much of the development and new build will be in Britain. In a Nuclear Energy Insider poll, almost 70% of those in the nuclear industry thought this figure was realistic.

Although the UK government under a newly-appointed prime minister is still encouraging the French, Chinese, Japanese and US companies to build 10 giant new nuclear power stations of 1,000 megawatts or more, it is also running a competition to find the best small-scale reactor design and is investing £250 million in research and development of reactors of about 30 megawatts or less.

More than 80% of the nuclear industry regard this as a significant step towards making the UK a centre for this technology, but want yet more help.

They want fast-track licensing for the new designs, reduced regulation, and a government-financed campaign to convince the public that small modular reactors are the future for energy.

They also ask that the “government change the public negative mindset to nuclear” and “stop putting money into unreliable renewable forms of energy”.

This and the suggestion of “a level playing field between energy sources by phasing out subsidies” may amuse anti-nuclear lobbyists. They complain it is the subsidies to the nuclear industry in free state insurance, policing, research funding, and waste disposal that should be scrapped.

Hinkley nuclear plant will be most expensive object on earth. Tell the UK Gov we want renewable energy instead https://t.co/LppiEi0JcD

Despite the general delight of the industry at the way the new-look Conservative government is encouraging them at every level, there is some caution about the ability of the UK to build either small modular reactors or advanced ones, such as proposed plutonium burning reactors.

Nearly two-thirds of those questioned said they did not think the UK had the necessary industrial expertise and supply chain to construct and manufacture these reactors.

This is key strategic question for the UK government following its vote last week to renew its Trident nuclear submarine programme, which will carry nuclear missiles.

Small modular reactors are similar to those needed for nuclear ships and submarines, so the UK has to have a substantial pool of expertise in small nuclear reactors in order to maintain a credible nuclear submarine fleet.

A link between the civil and military nuclear programmes is always denied.

This may be true as far as transferring plutonium for bombs is concerned, but this is clearly not the case as far as personnel is concerned. Rolls-Royce, the British company most involved in both civil and military nuclear activity, will use the same people for both programmes.

Despite the current lack of expertise in the UK, there was optimism that it could become an exporter to the rest of the world of the small modular reactor technology, with 67% giving a thumbs up to this suggestion.

The survey was part of a run-up to a Small Modular Reactor Summit in Londonin October, when 500 executives from the industry around the world will be meeting to assess progress.

They include many of the big companies currently building the 1,000 megawatt reactors that have dominated the market in the last 30 years.

Most of the industry now believes that this era is over, even though the UK government still wants 10 more built in Britain – a figure that is regarded as completely unrealistic.

This is mainly because getting the capital together for such projects is becoming ever more problematic because of the decade or so it takes to build a large reactor.

Later this week, the French energy giant EDF will make a decision on whether to go ahead with its plan for the first of the 10 planned in the UK − two giant reactors at Hinkley Point in Somerset, southwest England.

It is the difficulty of raising more than £20 billion to fund the project that is the main sticking point, although there are question marks over whether the design can ever be built and produce electricity at a competitive price.

This article wasproduced by the Climate News Network