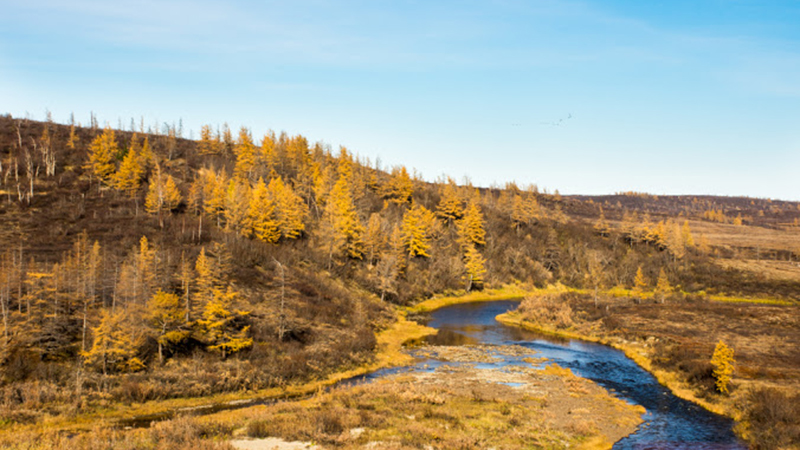 A full-scale medical emergency has broken out in the Yamal region of Siberia, with troops from the Russian army’s special biological warfare unit spearheading efforts to contain an outbreak of anthrax.

A 12-year-old boy died after consuming infected venison, other people are believed to have died or become infected with the disease, and thousands of reindeer suspected of carrying it have been killed and incinerated.

One of the main reasons cited for the outbreak of anthrax – one of the world’s most deadly pathogens – is an unprecedented heatwave experienced in the north Siberia region in recent weeks.

Temperatures have been between 25C and 35C, which is way above the average for the time of year.

Anthrax, an infection caused by the bacterium Bacillum anthracis, can occur naturally in certain soils, with infection usually spread by grazing animals. It has also been developed for use in chemical warfare.

The last recorded outbreak of anthrax in Arctic Russia was in 1941, when several people and thousands of reindeer died. But scientists say it’s likely that the hot weather has caused permafrost in the area to melt, exposing the carcasses of buried animals infected with anthrax 75 years ago.

Another possible source of the outbreak is from the bodies of people who died from anthrax in the 1930s and early 1940s. The nomadic Nenets and Khanty people, who mainly herd reindeer, do not bury their dead in the ground but place bodies in wooden coffins on a hillside.

The theory is that the hot weather has resulted in anthrax spores being released from burial sites and carried elsewhere by the wind.

July 2016 was absolutely the hottest month since the instrumental records began. pic.twitter.com/GQNsvARPDH

Professor Claire Heffernan, a specialist in infectious diseases at the School of Veterinary Science at the University of Bristol, UK, has previously warned of the impact of changes in climate on disease in animal and human populations in the Arctic region. And she says the present outbreak is likely to be repeated as the warming continues and forgotten burial sites are exposed.

She told Climate News Network: “The health of both human and wildlife populations in the Arctic is deeply intertwined, perhaps more so than in other geographies, It is likely we will see much, much more of this disease as contaminated areas that were once marked are now long forgotten.”

More than 40 people suspected of being infected have been hospitalised. Reports from the area say there are plans to vaccinate more than 40,000 reindeer in an attempt to stop the lethal disease spreading further.

Dmitry Kobylkin, the area’s governor, told the English-language Siberian Times newspaper that the death of a young boy from anthrax came as a shock.

He said: “God knows, we made strenuous efforts from the first day, did everything possible, to save the lives of everyone . . . but the infection was wily, returning 75 years later, and took the child’s life.”

In pictures: Russian weather station on the edge of melting permafrost

Disease is spread not just because of warmer weather conditions but also by changing lifestyles. Previously nomadic communities are moving into settlements, in part due to shrinking ice cover on traditional herding and hunting grounds. In such townships, which often lack proper medical and sanitation facilities, diseases are easily spread.

More synergistic and joined-up disease surveillance systems need to be set up across the Arctic in order to counter health threats, Professor Heffernan warns.

She says: “The unique geo-politics of the eight Arctic nations has the potential to provide the world with an example of how effective bio-security can transcend national boundaries rather than an example of how diseases can do so.”

But increasing temperatures and the thawing of permafrost in Siberia are not only affecting health. It’s believed that large sinkholes appearing in the region in recent years have been caused by explosions as permafrost melts and releases large quantities of methane – a powerful greenhouse gas.

The thawing of permafrost has also led to more fossil-fuel exploration in the region. The Yamal is now a major area of activity for Russia’s oil and gas industry.