Plants exposed to more CO2 draw less water through their roots, mitigating the impact of global warming and rainfall shifts 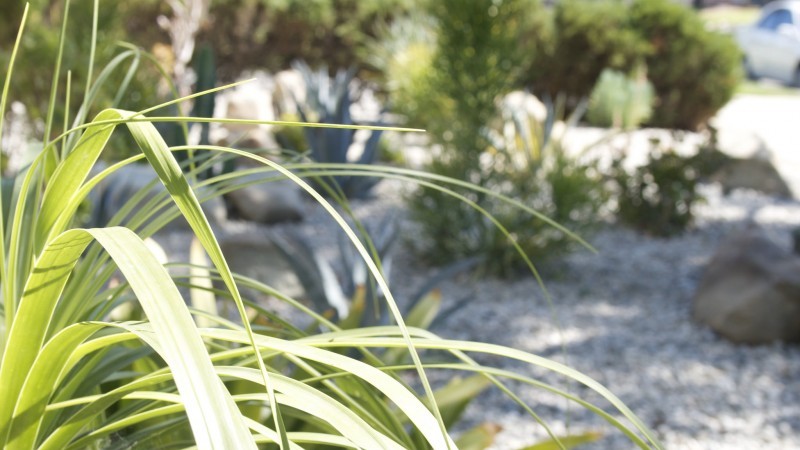 Plants can get by with less water in a CO2-rich atmosphere - an effect drought models might not account for (Pic: Flickr/David Michalczuk)

Climate science may have over-estimated the menace of drought in the world of global warming, a study suggests.

Because green plants will respond to extra carbon dioxide, the water taken up by the roots could be halved.

In effect, the greenhouse gas emissions that threaten the world’s climates could at the same time limit one of the grimmer consequences − more frequent and more prolonged droughts in those places already more at risk.

Scientists in the US have looked again at estimates that 70% of the planet will experience more drought as emissions of greenhouse gases quadruple over the next century, and temperatures soar accordingly.

They report in the Proceedings of the National Academy of Sciences that such calculations do not take into account the extra growing efficiency conferred by the carbon dioxide fertilisation effect.

Throw that into the mix, and drought-stricken areas fall to 37%. So perhaps climate modellers should get back to the drawing board, and include the response of green things in their simulations.

Abigail Swann, a researcher in atmospheric sciences and biology at the University of Washington, says: “Plants matter. A number of studies assume that plant water needs are constant, when what we know about plants growing in lots of carbon dioxide suggests the opposite. It’s a significant effect.”

The study will be challenged. Science is normally engaged in a continuous argument with itself, and climate scientists keep testing their own assumptions. But there is existing evidence that the carbon dioxide fertilisation effect is indeed significant.

Researchers have more than once measured the effect already, including the effect on forests, and confirmed that drylands are not becoming more arid at the predicted rates.

That doesn’t mean governments, growers and farmers can afford to be complacent. Prolonged droughts linked to climate change have already been identified in Australia, in the eastern Mediterranean region, and in California. And researchers predict worse to come for the US.

So the latest research is a reminder that climate modellers are working with necessarily incomplete data, and there are many puzzles still to be resolved.

The Washington research suggests that projections that are based only on predictions of future temperatures, humidity and precipitation may have to be reconsidered.

“I had a strong suspicion that you would get a different answer if you considered how the plants were responding,” Dr Swann says.

“In some sense, there’s an easy solution to this problem, which is that we just have to create new metrics that take into account what plants are doing. We already have the information to do that; we just have to be more careful about ensuring that we’re considering the role of plants.”

But in central Africa and temperate Asia – and that includes China, the Middle East, East Asia and most of Russia – water conservation by plants could counterbalance the parching due to climate change.

However, that too is a crude calculation. With drought will come greater extremes of heat − potentially lethal extremes in some regions − that could harm plants and devastate crop yields.

So although the more efficient use of water by plants may moderate the impact of drought in some places, others may see wilting cereals, denuded pastures and dying woodlands.

Dr Swann doesn’t think the greenhouse world is necessarily going to be much safer just because the plants will take up less of the available groundwater.

“There’s a lot we don’t know, especially about hot droughts,” she says. “Even if droughts are not more prevalent or more frequent, they may be more deadly when they do happen.”