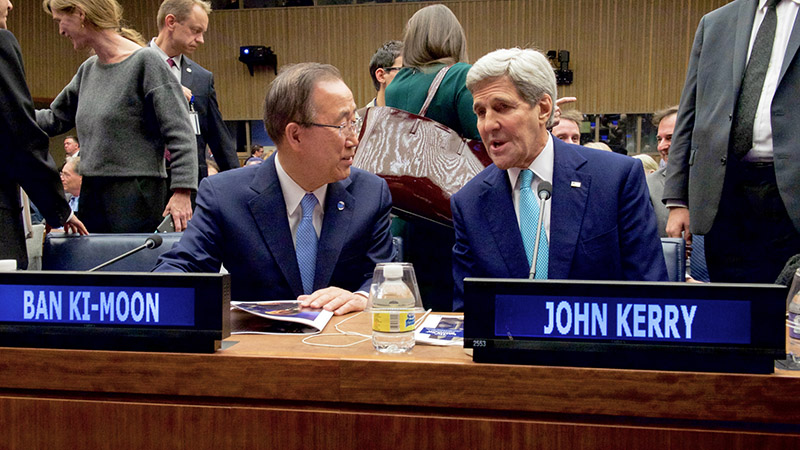 So far 27 countries including the US, China, Norway and Peru have formally approved the agreement, accounting for just over 40% of global greenhouse gas emissions.

Leaders from Mexico and Brazil are among those expected to hand Ban Ki-moon their instruments of ratification next Wednesday at a one-hour event at UN headquarters.

For the pact to enter into force it needs the support of 55 countries accounting for 55% of emissions.

“We are seeing many countries racing towards the finish line,” said Hart. “We have made incredible process to cross those thresholds…it usually takes years, decades and sometimes never to cross these thresholds for entry into force.”

"We're received confirmation from at least 20 countries they will join #ParisAgreement 21st of Sept." – @SelwinHart pic.twitter.com/p2jbyE86Tp

The deal commits countries to hold global warming “well below 2C” above pre industrial levels, and sets a goal of cutting net emissions to zero in the second half of the century.

Hart also raised hopes the European Union could also join this year. The bloc had said 2017 might be more realistic if it needed all 28 member states to gain domestic approval.

“We were discussing it this morning – originally they indicated it could be 2017 or 2018 but the fact 2016 is on the table is a remarkable development,” he said. “No-one will ever doubt their leadership on climate change.”

European leaders meeting in Bratislava today to discuss the future of the Union post Brexit are reportedly considering a date in October for ratification of the pact.

“If the leaders could discuss speeding up ratification processes at the national level and if they could agree on a light procedure for the EU ratification, then we could make it by Oct 7. If that happens then the EU will probably trigger the entry of the agreement into force.”