The cost of inaction: who will fund loss and damage? 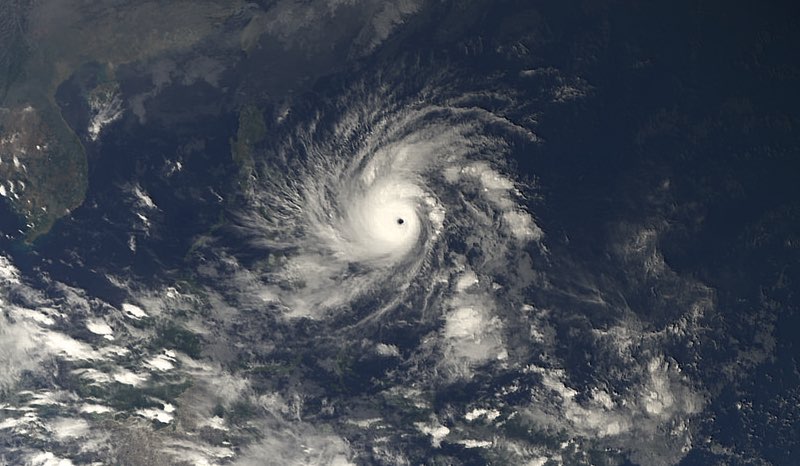 Typhoon Hagupit left over $100 of damage and killed 27 when it hit the Philippines in 2014 (Pic: EUMESAT0

By Victoria Hoffmeister and Timmons Roberts

When mitigation falls short, the climate changes and people must adapt.

But adapting fully is proving impossible, especially for vulnerable populations lacking the capacity to sufficiently prepare for and recover from climate impacts.

The impacts not prevented by mitigation or attenuated by adaptation then manifest, most destructively in vulnerable nations, as “loss and damage.”

The devotion of a full article to loss and damage in the Paris Agreement was game-changing.

The agreement confirmed the continuation of a process begun two years prior in Warsaw and stated that “Parties should enhance understanding, action and support, including through the Warsaw International Mechanism… with respect to loss and damage.”

In doing so, the Paris Agreement and its associated decision text transformed the institutional context of loss and damage.

It will be crucial for Parties to revisit climate finance-related proposals that may have been written off in the past, before the institutional landscape of loss and damage underwent a sea change.

The fourth-ever meeting of the Executive Committee of the Warsaw International Mechanism on Loss and Damage (WIM) was held last week in Bonn, Germany.

Throughout the week, the WIM ExCom worked to plan its future meetings, consider the specific requests made of it in the Paris Agreement, and compose a submission to the COP, including recommendations and a five-year rolling workplan to succeed its current two-year plan.

Victoria Hoffmeister from Brown University presenting on Finance for Loss and Damage in Bonn pic.twitter.com/p9EZSJiJwQ

One of the many pertinent questions raised by these planning efforts is how the WIM’s future activities will be financed — who will pay to carry out the WIM’s recommendations, once they are formed in successive rounds over the coming years?

Article 9 of the Paris Agreement discusses finance for many climate-related actions, but does not mention loss and damage.

In a review we conducted with Brown University’s Climate and Development Lab and Saleemul Huq of Bangladesh’s ICCCAD, we examined several proposed mechanisms for gathering funds to support loss and damage.

A number of these mechanisms are particularly compelling and innovative in that they would not be imposed separately on individual countries, but function across transnational markets. This averts the inevitable diplomatic issues that arise when local needs make claims on national budgets.

The first of the innovative mechanisms we considered to fund loss and damage response in vulnerable countries was a financial transaction tax, a small levy placed on trades of bonds, stocks, options, foreign currencies, and other financial instruments.

Although this tax would be only a tiny fraction of a percent of the value of exchanges, one estimate suggests it could generate up to $27 billion globally per year.

An FTT is also a compelling option because its revenue would be highly predictable, similar levies previously used suggest that implementation is technically feasible, and a possible co-benefit is reducing market volatility by slowing speculative transactions.

Three of the innovative mechanisms we considered are associated with air travel. The first, known as the International Airline Passenger Levy (IAPAL), might consist of a fee of 5 to 10 US$ on international airline tickets, assessed according to class of travel.

It was originally proposed that the revenues raised by this levy flow directly into the Adaptation Fund of the UNFCCC Kyoto Protocol, but they could alternatively go towards a loss and damage fund. This could be a voluntary or mandatory charge added onto ticket purchasing web pages.

Time for a levy?

The second air travel mechanism is the Solidarity Levy, a fee assigned to all passengers departing from a participating nation’s airports based on destination and class of travel.

Although individual nations must levy this tax domestically, participating countries agree to allocate revenues to a common cause. Nine countries currently assess such a levy and contribute their revenues to UNITAID, a global health initiative.

The final air travel-related option is a bunker fuels levy, a tax on the fuels used in aviation and maritime shipping. Because transportation of cargo across the world’s skies and oceans is skyrocketing with globalization and air and ship fuels are not currently taxed, a bunker fuels levy has potential to form the centerpiece of fundraising for loss and damage response.

In the course of our review, the three mechanisms involving air transport emerged as promising options for three key reasons.

-First, the conceptual link between air travel emissions and climate-related loss and damage is clear.

-Second, a tax that is small relative to the total price of airline tickets and/or fuel can raise significant funds without distorting airline competitiveness or consumer decisions. This is particularly important to small island states and other developing countries with economies highly dependent on tourism.

-Finally, as air travel is already subject to a number of taxes and fees and the number of firms is relatively small, a further levy could be easily implemented.

Although voluntary country participation in the existing Solidarity Levy is encouraging, a levy applied uniformly — at least to international flights and shipping routes originating or arriving in developed countries — is necessary to raise sufficient new and additional finance for loss and damage and to assuage competitiveness concerns.

However, achieving agreement among all developed countries to levy these fees will be diplomatically tough, so we could consider two final innovative mechanisms.

The first, termed the fossil fuel majors levy, proposes that big oil, coal, and gas producers pay a one-time fee, based on historical emissions, and ongoing taxes, with revenues flowing into a UNFCCC-established loss and damage fund. Another mechanism is a global carbon pricing system, which could raise funds for loss and damage response efforts in the form of either a tax or auction revenues generated from emissions trading schemes.

These two mechanisms have similar pros and cons. They are both advantageous in terms of adequacy, as estimates indicate each could raise up to US$ 50 billion per year (Fossil majors; carbon tax).

Second, both systems would have the significant co-benefit of making fossil fuel use more costly (partially removing its subsidy from not covering damages to nature and society), and thereby leveling the playing field for clean energy.

Finally, both approaches are founded on a principle of compensatory justice that would be attractive to many vulnerable nations: those most responsible for emissions and therefore, indirectly, for loss and damage, will pay.

All eyes on COP22

A fossil majors levy and a carbon tax will be major lifts politically, given the difficulties of international mitigation negotiations and the influence fossil fuel corporations wield in many countries.

Many of the innovative mechanisms that we discuss have not been accepted by global powers and, as a result, have not been employed to raise funds for either mitigation or adaptation.

When revisited in loss and damage discussions, therefore, they are easy to dismiss as politically naïve proposals that will never materialize. However, given the new prominence and permanence of the UNFCCC’s loss and damage mechanism, as well as the ever-increasing severity of climate impacts, no proposals should be disregarded out of hand.

With November’s negotiations rapidly approaching and the WIM ExCom developing its recommendations to the COP, the issue of funding efforts to support loss and damage response must be urgently considered. This bill is coming due.