Is the UK about to break G7 fossil fuel subsidy pledge? 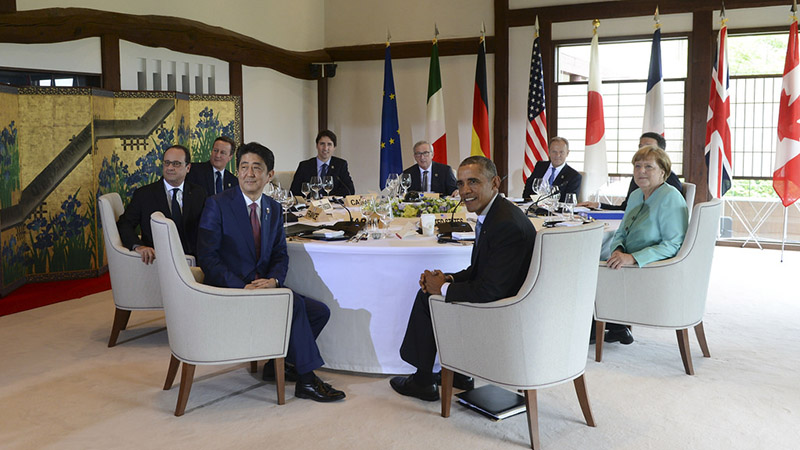 The UK’s approach to preventing power blackouts falls foul of a pledge it made at the G7 in May to wipe out fossil fuel subsidies by 2025.

That’s the warning in a new report from the Green Alliance, a London-based NGO.

Annual auctions to make sure there is enough power on the system in four years’ time are skewed towards gas generators, the think-tank says. Cheaper, greener demand management technology is being overlooked.

That means guaranteeing further millions of state funding through the next decade to power plants that would have to close or use carbon capture technology to meet 2030 carbon goals.

Amy Mount, head of the Greener UK unit at Green Alliance said the policy conflicts with the aspirations of business and energy secretary Greg Clarke to upgrade and clean the UK’s energy network.

“If the capacity market ends up predominantly giving payments to fossil fuel assets and continues to neglect flexible energy technologies, which our analysis suggests is likely at least in the upcoming auction this December, this will undermine the modernisation of the energy system,” she said.

“It’s hard to see how that escapes counting as fossil fuel subsidy.”

A spokesperson from the UK energy department said the capacity market was an “insurance policy” and did not favour gas over other sources of energy.

“A wide range of energy providers and technologies are able to participate as well as giving users the opportunity to turn down their electricity consumption at peak times,” they said.

Under the G7 pledge the governments of Canada, France, Germany, Italy, Japan, the US and UK said they were “committed to the elimination” of fossil fuel subsidies.

According to the IMF, US$5.3 trillion is spent by governments around the world supporting oil, gas and coal use, although the Paris-based OECD more conservatively estimates the sum at $160-200 billion.

Under the IMF methodology, which includes things like the public health costs of air pollution, the UK supplies £26 billion ($33bn) to the fossil fuel sector on an annual basis.

Of that coal received £18 billion, a figure that is likely to fall as the UK continues its phase-out of coal power plants by the mid-2020s.

Analysis from the Carbon Brief website this week shows UK coal use plummeted though 2016, with solar installations generating more electricity between April and September.

The UK energy department was contacted for a response before this story was published.