A warming Arctic is unfreezing toxic Cold War relics and with them, disputes between the US, Denmark and Greenland 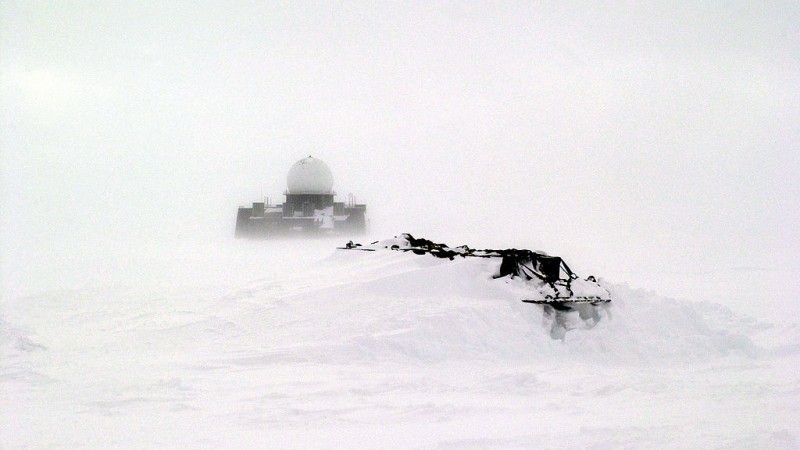 Greenland is littered with abandoned US military sites, like this radar station (Pic: Catherine Crouch)

Denmark is violating indigenous rights by failing to clean up pollution from abandoned US military bases in the thawing Arctic.

Following fresh evidence that toxic waste from Cold War relics is likely to surface as ice caps recede, it intensifies decades-long tensions between the former colony, its colonist and a global superpower.

“Along the coasts and under the ice sheet of Greenland, extensive pollution has been left behind by the Americans over the 75 years where they have had military installations in our country,” wrote Qujaukitsoq, according to an English translation supplied by his department.

“As an indigenous people and in accordance with the United Nations Declaration on the Rights of Indigenous Peoples, the people of Greenland have the right to conservation and protection of the environment of our lands, territories and resources.

“This right may be put to the test unless the question about the responsibility for clearing up after the American military camps and bases is resolved very soon.”

There are more than 30 old US military sites across Greenland, the Danish government revealed in a 2003 mapping exercise.

A recent study of one of these, Camp Century, found “a nontrivial quantity” of cancer-causing PCBs and large volumes of diesel, as well as previously acknowledged nuclear waste.

Cut 8 metres below the icy surface of northwest Greenland in 1959, the camp housed up to 200 soldiers at a time. It was the base for “Project Iceworm”, a top secret attempt to build nuclear missiles capable of firing on the Soviet Union.

Due to unstable ice, the project was cancelled in 1966 and the base closed. It was assumed that pollutants would stay safely frozen underground for eternity.

Global warming has shattered that assumption. The latest research, led by William Colgan of York University, Canada, found the ice sheet over Camp Century is likely to start melting within 75 years. That would “guarantee” the eventual release of the hidden waste, it warned.

That may be a distant prospect, but the debate over who is responsible for the clean-up operation is just beginning. Greenland, an autonomous country since 2008, is taking aim at its former rulers first.

“The government of the United States of America has formally handed over the military installations to Denmark,” wrote Qujaukitsoq.

“This is why Denmark is formally responsible for handling clearing up and any due compensation for damages, unless something else has been agreed between Denmark and the USA, of which Greenland has no knowledge.

“Having waited in many cases more than 70 years for the polluter to take care of clearing up or paying for such operations, Greenland is losing its patience with changing Danish governments’ vague response.”

The Colgan paper suggests it might be more complicated than that, however. While Denmark gave permission for the base to be established, it remains unclear whether it was adequately consulted over decommissioning. The US could still be liable.

It is one of many settings where climate change is “likely to amplify political disputes associated with abandoned wastes,” the researchers said.

Kristian Jensen, Denmark’s minister of foreign affairs, said in a written statement: “The potential effects of climate change in Greenland, including at Camp Century, naturally makes an impression, and the Danish Government takes the matter seriously.

“The potential effects of climate change, however, do not pose an urgent environmental problem. Rather, it is a long term challenge, that we have time to examine in cooperation with the relevant Danish authorities and in close dialogue with Greenland.

“Specifically, the Government will look into the possibility of expanding existing climate monitoring to the area surrounding Camp Century. On this background, the government will examine the possibilities for a subsequent environmental examination of possible contamination. This will happen in close collaboration with Greenland.”