British scientists want a fishing moratorium while they study newly open waters, but Russia stands in their way 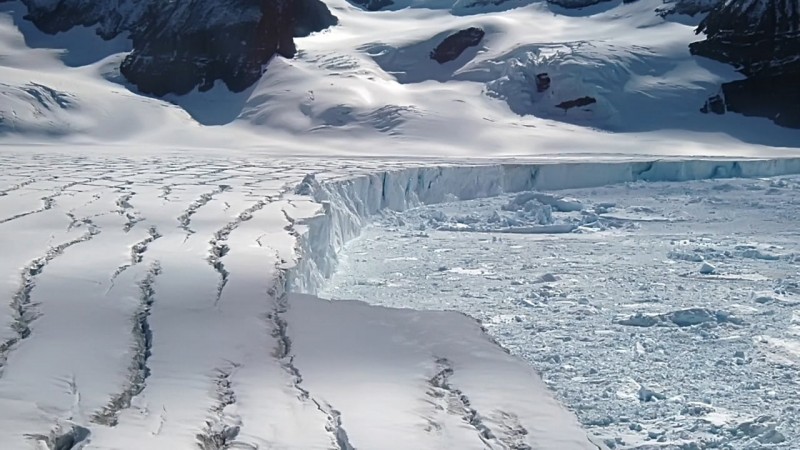 The UK is calling for a ten-year fishing moratorium in seas vacated by Antarctica’s collapsing ice shelves.

The proposal, which was shared with Climate Home, passed the scientific committee of the UN Commission for the Conservation of Antarctic Marine Living Resources (CCAMLR) on Thursday.

Russia has the power to veto the move when it goes to a full commission debate in Tasmania next week, however, and has consistently opposed territorial limits to fishing vessels in the far south.

The collapse of an ice shelf provides a one-of-a-kind scientific laboratory, said Phil Trathan, a scientist at the British Antarctic Survey and one of the authors of the proposal. The newly open waters provide a window into the hidden processes of ocean ecosystems.

“All of these areas are covered by ice and when that goes then there’ll be a whole new community develop under there. And given that a lot of communities develop quite slowly in the Antarctic then we can look at how they develop through time,” said Trathan speaking from Hobart, where the CCAMLR meeting is taking place.

“If fisheries are going to exploit those areas before we have a chance to look at them scientifically then it’s a lost opportunity.”

Antartica’s great ice shelves project out over the ocean from the fringes of the land. They are in a state of rapid decline, losing a total of 310 cubic km of ice every year.

Once a shelf becomes too thin to support its own weight, it collapses in dramatic style, as was witnessed by satellites when the 3,250 sq km Larsen B ice shelf disintegrated within a few months at the beginning of 2002.

The type of research Trathan describes was conducted by a group from the British Antarctic Survey in 2009, which took measurements from the sea around the former Larsen B shelf. They found massive phytoplankton blooms occurred as a result of nutrients running off the freshly exposed coastlines. These were storing as much carbon as 6,000-17,000 ha of tropical rainforest, uncovering a never before known carbon sink.

“Looking at that without the impact of fishing is really important,” said Trathan.

Worthy though it may be, the politics of CCAMLR are fraught and dominated by a Russian delegation that has continually blocked attempts to protect southern seas from fishing exploitation. Russia has active toothfish interests in the region and stymied the creation of two massive marine protected areas (MPAs) in the Ross sea and East Antarctic.

On the surface, observers are perennially upbeat that Russia will be constructive each time CCAMLR meets. This time around, there has been a huge diplomatic effort on the part of outgoing US secretary of state John Kerry, who has spoken directly to his Russian counterpart Sergey Lavrov about the MPA proposals.

Kerry has personally championed an MPA in the Ross sea and is motivated to secure it before the end of his tenure.

But people close to the meeting expressed doubts about whether Russia would allow any progress in a year foreign relations between the US and Russia have deteriorated severely.