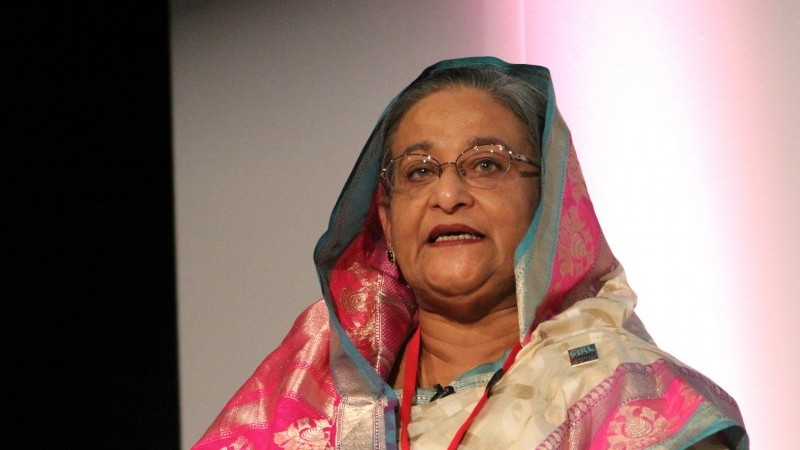 Bangladesh prime minister Sheikh Hasina is expected to attend the COP22 climate talks in Marrakech to highlight the losses her people face in a warming world.

She is set to present a draft national plan for coping with the floods and tropical cyclones that periodically batter the low-lying country.

The aim is to forge progress on a tough area of negotiations, according to Saleemul Huq, lead author of the document.

“There are limits to how much you can adapt; there will inevitably be losses and damages to people and we need to figure out how we deal with that,” he said.

The Paris Agreement, which takes effect on Friday, for the first time recognises “loss and damage” as a separate issue to adaptation. There is no sea wall big enough to protect millions in the sprawling Ganges delta from the rising flood risk.

But the nature of support there will be for those on the sharp end of climate change remains hazy. Small print in previous UN decisions makes clear that rich countries do not accept any liability for damages caused by emissions from their fossil fuelled development.

Huq, who advises the least developed countries in climate negotiations, explained: “When we talked about loss and damage, they [developed countries] heard liability and compensation, which are taboo words, but I think we have moved on.”

Bangladesh loss and damage proposal by climatehomescribd on Scribd

Instead, there is a long policy to-do list, ranging from early warning systems to mechanisms to manage climate-linked migration. A working group launched at Warsaw talks in 2013 is set to report back in Marrakech.

It is unclear where the money will come from. Adaptation is already a poor relation to carbon cutting when it comes to climate finance. Donor countries may not want to open up a third stream of funding, even on a voluntary basis.

Bangladesh has allocated around US$100 million a year of its domestic budget to a national climate plan since 2009. Prime minister Hasina in 2015 won a UN award for her leadership of the strategy.

A third of that money was set aside in a high interest account for emergencies, said Huq. This scoping report, written in partnership with Care, Action Aid and Nature Conservation Management, outlines how that could be best used.

“If countries want to contribute to that in a solidarity framework, then at least we show them what we do with the money,” said Huq.

He was speaking at the launch of a report by Results UK in the British Parliament, on making climate risk insurance work for the poor.

Insurance has proved to be one of the more politically palatable ways to address loss and damage. The G7 last year pledged to expand insurance coverage for climate related hazards to 400 million people by 2020.

This can include anything from micro-insurance to African smallholders against crop failure to state-level coverage for governments to respond to weather emergencies.

Aaron Oxley, executive director of Results UK, called for a focus on the most vulnerable. “We do have a really golden opportunity to make sure that the systems we are building are fit for purpose and are not going to leave people behind,” he said.

That might require some public subsidy to make the premiums affordable to the very poor, with transparency from private sector partners.

Oxley and Huq agreed that insurance, while it helped to make societies more resilient, was not the whole answer.

“It is going to leave out a lot of people who need to be helped but cannot afford insurance,” said Huq.