As the UN climate talks start wrapping up, leaders from the continent share their vision for a developing world that leads climate action 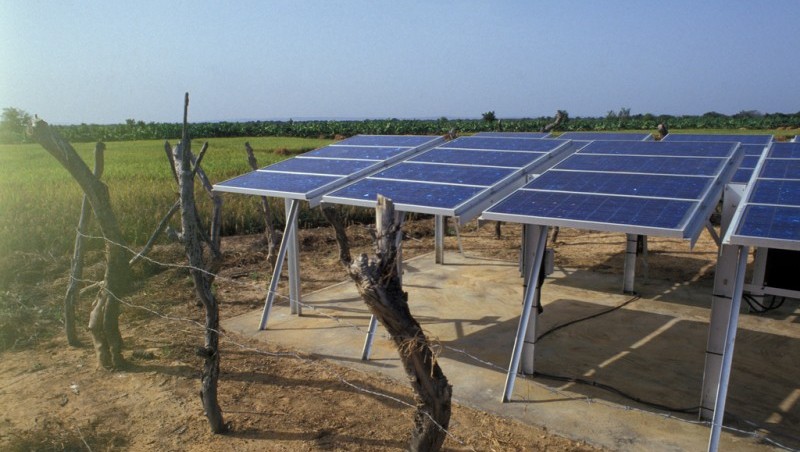 By Lou Del Bello in Marrakech

Every year the UN climate talks are full of tension between rich nations that have benefitted from industrial development and vulnerable countries demanding they pay for what they’ve done to the climate.

Could this year’s summit – “the Africa COP” – be a different story?

Climate Home reported how financial support has been trickling down too slowly to make any meaningful impact – but on Africa day ministers from Nigeria, Egypt, Chad and other nations from the continent are calling for a drastic change of narrative. As they reiterated the commitment to deliver on their climate promises despite the political turmoil of the past week, the word ‘aid’ was barely heard.

“Africa as a continent has a fundamental role to play in the implementation of the Paris agreement,” said Amina Mohammed, Nigeria’s environment minister. She said that the idea of letting countries share their pledges in a bottom-led way has been “successful in finally breaking the deadlock in climate change policy-making”.

The ministers mentioned the Africa Renewable Energy Initiative (AREI) as one example of domestically-led project so convincing that was able to mobilise US$7bn in less than one year from its inception.

“The support pledged to the initiative by the G7 countries shows that developing nations appreciate African potential,” said Mohamed Adow, senior climate advisor at Christian Aid. “I am not saying this is enough but the first steps are extremely promising, Africa is now attracting investment which will allow its countries to deliver on their promises”.

The initiative plans to achieve 10GW of additional generation capacity by 2020 and 300GW by 2030. It promotes cooperation between countries and regions and the deployment of a vast portfolio of energy sources, including solar, wind, hydro, geothermal and “modern biomass” – a more sophisticated alternative to burning dung or wood on open fires. Although it seeks international investment to kickstart, it will be managed by African countries with a view of attracting private investors in the future.

Africans gathered to listen to the ministers mostly share their optimism, although they experience first hand the hurdles holding their countries back. Bello Yankuzo Sani, an environmental officer with the Ministry of Environment in Nigeria said that although national climate plans are empowering the developing world, there still are a few bumps on the road.

Leadership, development, action are the buzzwords today. Will chat to the public to see if they agree with their ministers #COP22 #Africaday pic.twitter.com/TdgQQHpEWj

For example, the Paris agreement’s governing framework will be activated this year, adopting rules on how to implement the pledges and enhance transparency. But the parties who have yet to ratify the agreement will have no part in the proceeding, and this will relegate many African countries to the background.

“The process of ratification is cumbersome, it requires action from all the ministries; water resources, agriculture, energy. It’s unfair that countries who take more time complete it won’t be allowed to participate,” said Sani. “But I am optimistic and I believe that by the first quarter of next year almost all the developing countries will have ratified.”

“The Africa day is much more than [one event at] COP,” said Sam Bickersteth, chief executive of the Climate and Development Network (CDKN). “It’s about shifting growth patterns that are more resilient to current and future climate and towards low carbon opportunities.”

Bickersteth believes that although Africa is unlikely to completely break free from an aid-based economy in the near future, foreign cash will play an increasingly smaller part in countries’ budget.

It’s already happening in Nigeria, Ghana or Kenya, with a shift away from donor programs to nationally-led initiatives in the field of renewable energy, risk management and more.

“The private sector still doesn’t grasp the need to integrate global resilience to climate change into its business patterns” said Bickersteth. That is why, he said, the role of southern businesses, which experience the reality of climate change impacts, will be increasingly relevant: “We want to see the voices of business leaders from the south at the heart of these processes.”