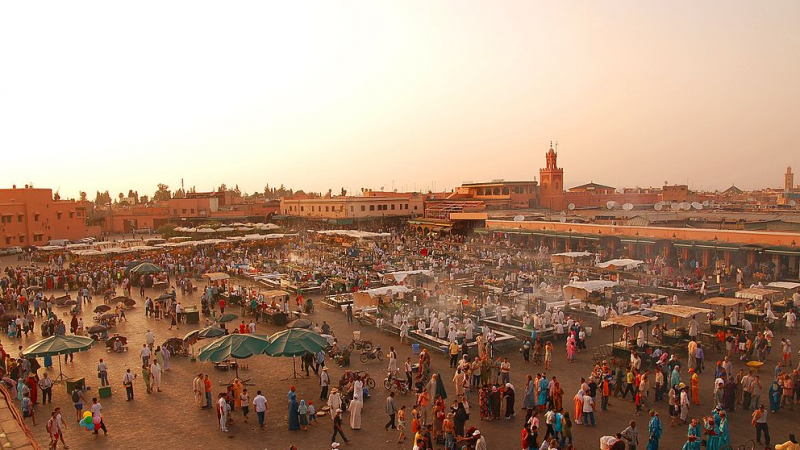 The Marrakech proclamation was a repudiation of the threat posed by a new, unfriendly US administration. (Photo: Luc Viatour/www.Lucnix.be)

By Karl Mathiesen in Marrakech

The governments of the world have issued a repudiation of the voices of doubt by reaffirming their commitment to defeat climate change.

At a UN climate conference in Marrakech, ministers and negotiators from almost 200 countries stood as one to applaud a document  that reaffirmed the world’s commitment to climate progress in the face of the shock election result in the US.

“We call for the highest political commitment to combat climate change, as a matter of urgent priority,” said the Marrakech Action Proclamation, read by Morocco’s foreign minister and conference president Salaheddine Mezouar.

“We reiterate our resolve to inspire solidarity, hope and opportunity for current and future generations.”

The countries, including the US, welcomed the entry into force of the Paris agreement, which was struck last year and rapidly reached the threshold of signatories needed to become law.

The announcement came as diplomats began wrapping up two weeks of slightly shambolic negotiations that have been overshadowed by events in the US. While the document mostly runs over old ground, it will be seen as vital for the health of a process that has endured a deep psychological blow in the past fortnight.

The election of Donald Trump, who has repeatedly threatened to withdraw US cooperation from the battle against climate change, is an unprecedented challenge for a process that has been desperately slow, even when nations have negotiated in good faith.

The US could establish itself as a pariah if it were to withdraw from the Paris accord. Mary Robinson, a former Irish president and human rights advocate, said this week the US would become a “rogue” nation.

Thoriq Ibrahim, environment minster for the Maldives and chair of the Alliance of Small Island States said it “reaffirms the world’s commitment to tackling climate change at a time when our resolve has been called into doubt… Every country has a responsibility to to do their part to protect the climate that sustains us all and this proclamation gives me confidence that we will fulfil this solemn responsibility”.

Ibrahim singled out the reiteration of a commitment by developed nations to deliver $100bn in climate finance to the poor world by 2020 for special praise.

Speaking prior to the reading of the agreement, Miguel Arias Cañete, the EU’s climate commissioner, told a press conference that the document had been subject to a number of challenges.

“More parties wanted a clear focus and ambition,” he said. “You know in these talks parties sometimes offer new text… I’m sure we’ll have this [in that I’m sure it will happen]… and it’s important at this moment… is is essential that we have a sense of unity and ambition.”

The document, which was originally much longer and more detailed than its current form, was sent to negotiators during the first week. It is understood that many countries were concerned about elements that were inserted by the presidency, but that there was no space given for negotiation. It was also done at a time when most national ministers were not present at the talks.

The process was “not consultative”, said Trinto Mugangu, one of the lead negotiators for the Democratic Republic of Congo. “This paper doesn’t engage the UNFCCC. It’s just the host country showing that it would like to contribute to the global effort on climate change. They mean well, but it is non-binding.”

UK climate minister Nick Hurd told reporters: “It’s being driven by the [Moroccan conference] presidency and going through traditional COP process. It’s a declaration of the presidency and hope it will send a strong message of continued international commitment to implement Paris, and it’s obviously very important to send that signal.”

The confusion over the Marrakech call reflects a wider malaise at the talks, where negotiators and observers have been bogged down in interminable conversations over minutiae.

The role of the presidency is usually to break through deadlocks and allow negotiators to reach decisions, but that has not happened under the Moroccan leadership. At 11:30pm on Wednesday night, countries were still deadlocked over a procedural matter.

“It has been a bit chaotic,” said Liz Gallagher, a senior associate with E3G. The talks are expected to stretch into the weekend, despite the relatively uncontroversial nature of the meeting.

“The work still going on behind the scenes must deliver increased funding for climate adaptation and deeper emissions cuts. These are the issues that matter most to people who’ll be hit hardest by climate change,” she said.

“We welcome the ‘Proclamation,’ but urge leaders to show real progress before the conference’s end.”