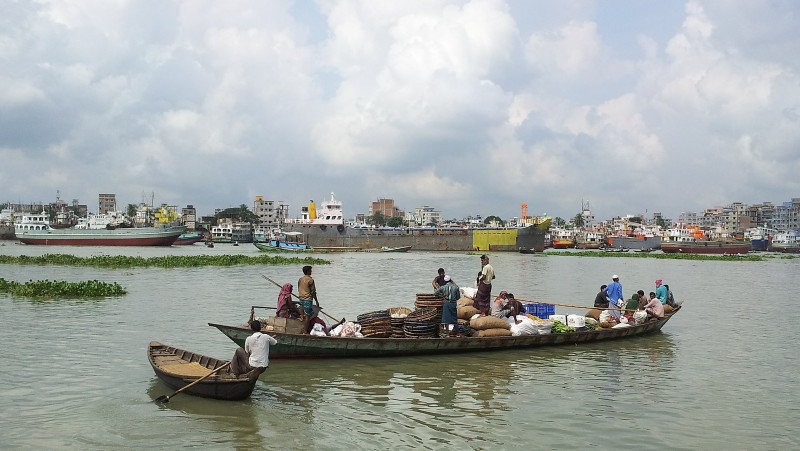 India must work out a plan to deal with increasing levels of migration due to climate change, the ActionAid development charity has warned in a new report.

It says increasing numbers of people are seen to be moving internally and from neighbouring countries as erratic rains, flooding and storms bite.

This is “stoking tensions” between communities, piling pressure on women left behind as men go in search of work and placing young women at risk from sex traffickers, says the NGO.

Severe drought through 2015 and 2016 in India saw a spike in movement from affected regions, with an estimated 330,000 impacted from poor rains.

“While India’s vulnerability is well-recognised by the government, the extent to which migration is being driven by climate change is not yet part of any policy debate,” says the report.

“Although the National Disaster Management Authority does map disasters and their consequences, official migration statistics resulting from those disasters are not tracked.”

Migration across South East Asia is nothing new. According to India’s 2011 census just under half of the country’s 1.2 billion citizens have migrated for work, marriage, education or other reasons.

But ActionAid contends the scale and pace of population movements will intensify if projected climate impacts develop.

That means more movement from vulnerable internal zones and neighbouring countries like Bangladesh, where an estimated 15 million people could be displaced by flooding by 2050.

ActionAid warns that could further inflame tensions between Indians and the Bangladeshi immigrants, who number around 15 million according to census data from 2011, 2001, 1991, and 1981.

These numbers alone have proved a “huge challenge” to India according to Sanjeev Tripathi at the Carnegie Endowment for International Peace.

“It has substantially contributed to changing the demographic pattern in the northeastern states of India, where the locals feel overwhelmed by the outsiders,” he writes. “This has adversely affected their way of life and led to simmering tension between the two sides.”

Specific data on how many people are moving because of climate change around the world is scarce, said Kayly Ober, a climate migration researcher at Bonn University, due to the variety of reasons that lead populations to move.

Typically communities near coastlines and those relying on agriculture are most likely to move due to extreme weather events, she told Climate Home.