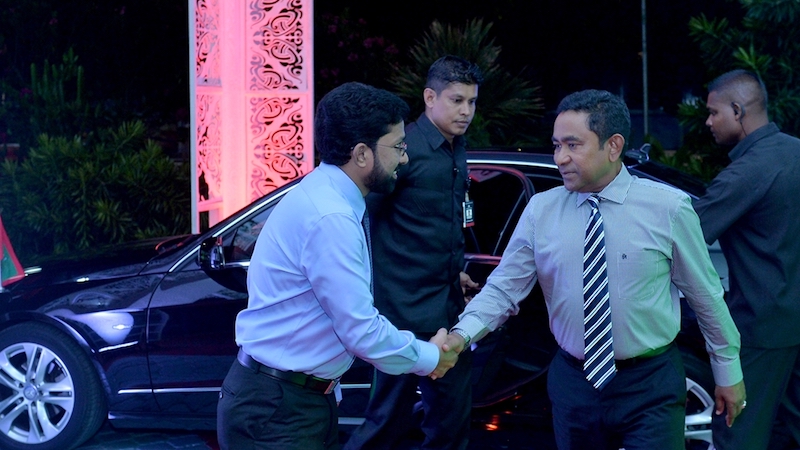 The Maldives president has defended his country’s right to do business with Saudi Arabia after his government was criticised for striking a development deal without public consultation.

On Sunday, Climate Home reported that president Abdulla Yameen Abdul Gayoom and Saudi Arabia had agreed a massive development project would be placed on Faafu atoll.

The former president of the Maldives Mohamed Nasheed and foreign policy experts raised the prospect that the move was aimed at installing a permanent Saudi presence along that country’s vital oil trade routes to China.

On Tuesday, the president’s office issued a statement that said: “The Administration categorically rebuts allegations that the atoll has been ‘sold off’ to a foreign entity…

“The Government of Maldives’ plans to develop Faafu atoll, and other regions for the country, is focused on delivering positive outcomes for Maldives and its people. Foreign investment is not out of the ordinary in this region, or for that matter anywhere else.”

President Yameen said: “Much like our friends in both the East and West, we remain an open and valued player in the global economy, and should be afforded the ability to expand our economy to propel more and more Maldivians towards middle income status.”

Few details of the government’s plans have been released to the public. Yameen has said the entire investment spend will be US$10 billion – three times the Maldives GDP. He said last week that the proposal would be made public “once the negotiation process was completed”.

That scale of investment was welcomed by some Maldivians, while others decried the prospect of such a dominant Saudi influence. Protests were held on Faafu last week.

The Maldives government has a history of corruption surrounding land sales. Last year, Al Jazeera revealed a racket that saw cash from foreign land investors disappearing – some of it was traced to Yameen’s personal bank account.

Transparency International’s 2016 Corruption Perceptions Index ranked the country 35 out of 100 – below the global average.

Speaking to Climate Home in London last week, Nasheed said the Saudi investment, coupled with an effort to spread Wahhabism in the islands, was part of a strategy to protect Saudi supply lines to the far east.

“One of the issues with these kind of hidden deals is that it encourages corruption and through corruption you can subvert states,” said Nasheed.

Yameen’s official statement did not specifically address the lack of transparency.

“All infrastructure projects strictly adhere to regulations and boundaries set out by the Maldivian constitution,” it said. The statement also said environmental laws would be respected as the atoll was developed.