An open letter from Bangladesh to the American people

President Trump is failing to keep you safe, writes Saleemul Huq; Bangladesh can offer lessons in adapting to the impacts of climate change 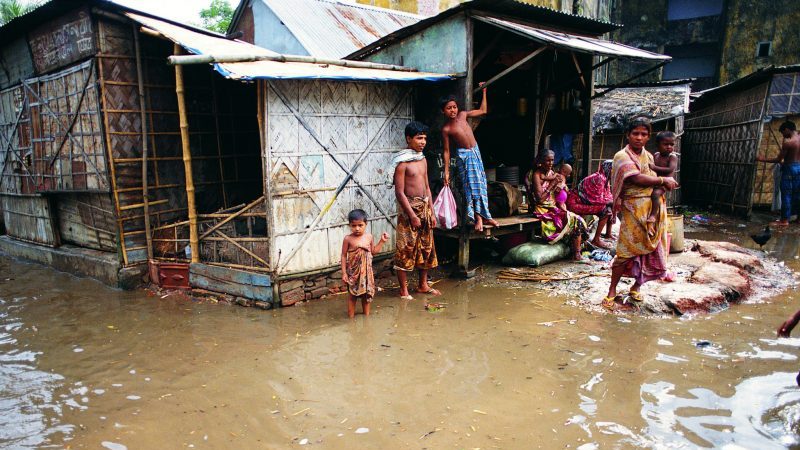 Bangladesh can teach the US a thing or two about adapting to climate change (Photo: Stockbyte / World Bank)

Dear friends in the United States of America,

I am a researcher in Bangladesh working on adaptation to the adverse impacts of climate change, especially on the poorest and most vulnerable countries and communities.

In light of the recent executive order signed by President Donald Trump reversing the Obama administration’s climate plans in the US, I wanted to reach out.

By turning his back on the evidence of climate change impacts on your lives, livelihoods and ecosystems in the US, President Trump is failing in his primary responsibility to keep his own citizens safe.

You have my sympathy.

Journalists have asked me how President Trump’s backtracking on US climate pledges affects Bangladesh. Make no mistake, it does.

His attempt to revive the coal mining industry by scrapping curbs on greenhouse gas emissions will make it harder than ever to stay within safe global warming limits.

Bangladesh was one of the countries to call for a 1.5C cap on temperature rise, to protect its people who will be hit by small changes in sea level. Now even the looser 2C threshold looks uncertain.

Trump is also seeking to renege on a US pledge of financial support to developing countries like Bangladesh. The US had committed to deliver US$3 billion to the Green Climate Fund, as part of a wider push by the industrialised world to mobilise $100bn a year by 2020.

But none of this will stop the rest of the world. The main outcome of the Paris Agreement is that all countries have agreed to take actions to tackle climate change at their respective national and local levels.

No, the biggest impact of President Trump’s executive order will fall on his own citizens.

He has revoked a requirement on federal agencies to consider established climate science in their planning. As a result, homes, roads and other infrastructure may be built with no regard to the rising risk of floods, droughts or storms.

It puts you in the US in the predicament of having to adapt to the adverse impacts of climate change without the help of your own Federal government.

On behalf of my country, Bangladesh, I would like to offer not just our sympathy but also our assistance.

The government and people of Bangladesh realised some years ago that we would be badly impacted by the changing climate and we have already been planning and implementing adaptation measures to tackle those impacts.

In the process, we have already gained a great deal of experience on what works and what doesn’t. We would be happy to share that knowledge with our friends in the US.

Sooner or later, all countries will feel the effects of climate change. The poorest and most vulnerable, like Bangladesh, are being hit first and as a result are learning how to adapt very fast. We can help you in the US to follow.

Saleemul Huq is director of the International Centre for Climate Change and Development at Independent University, Bangladesh