Seventeen Republican House members have broken with their president and publicly urged Congress to act on climate change. More are expected to join them 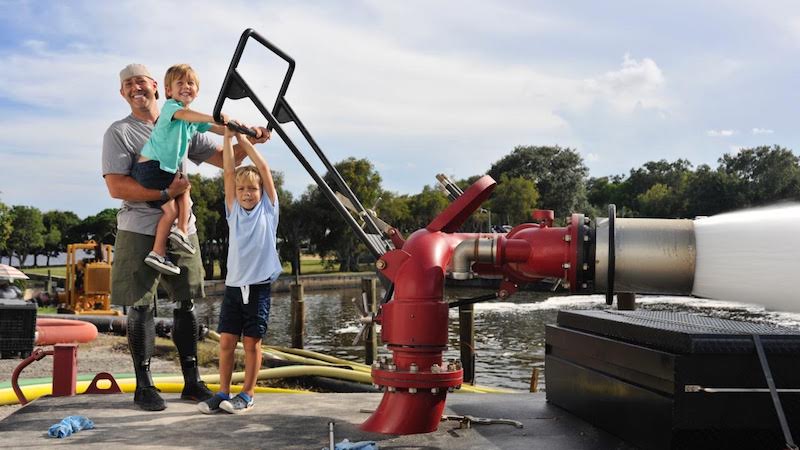 By Zack Colman in Washington, DC

US president Donald Trump’s climate change skepticism has forced a clutch of Republicans in the House of Representatives out of the climate closet.

The populist wave that carried Trump to his surprise victory was stridently anti-climate change, though climate was rarely mentioned on the campaign trail.

The Republican base has for years rejected top-down regulations and policies that would raise the price of fossil fuel energy. So Republicans in districts that swing between their party and the Democrats have been faced with a choice on climate: capture the base or play the middle.

Now, with those who would significantly water down climate action in the ascendency, a group of 17 House Republicans have chosen the latter course, embarking on a public campaign to tout their climate credentials.

At the heart of the action is a resolution – tabled in March – that pointed the finger at humans for warming the planet, confirmed that looking after the environment was a conservative principle and vowed to act.

“Sometimes you get asked, ‘What kind of a Republican are you that is concerned about this issue?’ I say, ‘A 37-year-old one,’” one of the signatories Rep. Carlos Curbelo, a South Florida Republican who co-chairs the bipartisan Climate Solutions Caucus, told reporters recently. He compared climate change to other intergenerational issues close to the GOP’s heart, such as reducing the national debt.

That the Republicans signed the resolution so publicly showed the fledgling “eco-Right” – a cluster of new policy groups including the Niskanen Center, RepublicEn and R Street Institute – that lawmakers are looking for ways to distance themselves from Trumpian politics.

“Perhaps it was necessary for the populist flames to go all the way into… the Oval Office to see that you can’t build anything with pitchforks and torches – you can just burn things down,” said Bob Inglis, a former Republican South Carolina lawmaker.

According to Inglis, his sponsorship of revenue-neutral carbon tax legislation contributed to his 2010 reelection loss to a Tea Party candidate. He now heads RepublicEn.

The resolution follows a similar 2015 measure that Republicans took up meekly. All those Republicans won their primary election battles, squashing worries that a challenger from the right would expose climate leanings for political gain.

That helped contribute to this year’s iteration receiving a full-throated media rollout, said Emily Wirzba, a policy associate with Friends Committee on National Legislation (FCNL), a Quaker lobbying group that is securing support for climate action.

Wirzba’s group targeted and lobbied the house members to sign the resolution. She said up to 10 more could join this month, while another 20 to 30 Republicans are attainable in the long term.

“It’s just happening so quickly. You can tell when you’re talking to staff, so many are happy to join,” Wirzba said in an interview.

His group collaborated with Adrian Gray, who ran voter data initiatives for former President George W. Bush’s 2004 reelection, to identify congressional districts where a message that favoured climate action could play. Many of the 34 districts flagged shared similar characteristics: Mostly rural swing districts with a slice of left-leaning suburbia.

But Gray’s late 2014 data on GOP voter sentiment is from a pre-Trump field. More than half of the Iowa Republicans surveyed said they weren’t sure who they’d support in the GOP primary – Trump wasn’t even an option. Two-thirds didn’t view climate change as a serious threat and 60.2 percent said politicians should focus on local environmental problems. That’s the environmental message Trump has pushed.

That dynamic of climate being a low priority could breed inaction. The resolution is, after all, non-binding.

Curbelo wants his bipartisan Climate Solutions Caucus to be a laboratory of “modest” ideas. Kreindler suggested items to advance next generation nuclear power, financial incentives for carbon capture and sequestration technology and other non-regulatory measures could emerge from that growing group of 34 lawmakers (10 joined last week).

“‘What kind of a Republican are you that is concerned about this issue?’… ‘A 37-year-old one,’”. South Florida Rep. Carlos Curbelo. (Photo: courtesy Congressman Carlos Curbelo)

Wirzba said Republicans could translate federal action into local results. She suggested Rep. Mark Amodei, a Nevada Republican who signed the resolution, should support battery technology incentives and research given Tesla’s battery-making “Gigafactory” is in his district.

But Amodei isn’t necessarily an environmental or climate advocate. He previously sponsored legislation to speed permitting and limit judicial review of mineral mining permits. He has also said he isn’t sure whether humans are primarily driving climate change.

“I come to it really with a very open mind in terms of what are the causes?,” he told reporters. “I think there is some change going on, but what I don’t know are what the causes are.”

“This is such a big issue that it should not be taken lightly on any side of the aisle,” he told reporters. But Mast doesn’t believe “the science is completely concrete in either direction.”

Upcoming budget talks will test these Republicans’ commitment. The White House wants to cut the Environmental Protection Agency 31% – more than any other agency – and slice chunks from Energy Department, National Oceanic and Atmospheric Administration (NOAA) and NASA climate and clean energy spending.

“These things are troublesome, and I’m concerned about EPA and NOAA and NASA,” Rep. John Faso, (R) of New York, who signed the resolution, told reporters. “I’m definitely unsettled by a lot of it.”

In fact, the lawmakers targeted by FCNL for the resolution were chosen based on their votes on eight amendments to last year’s budget bills. Ninety-nine House Republicans last Congress recorded at least one vote on that list, of which 50 voted for more than one.

But some Republicans who signed the resolution might decouple their climate views from votes on agency budgets. Many were elected on a broader platform to cut spending, make government smaller and reduce the national debt.

“That’s a different piece, what goes on with the budget and my personal views on this,” Mast said. “Every agency tries to come up with how they can spend every dollar in their coffer so that they can ask for even more money the next year.”

US president Donald Trump signs orders to green-light the Keystone XL and Dakota Access pipelines (Photo: Office of the President of the United States)

When asked whether he would push back against science-specific cuts, Mast said, “There’s room to streamline I think every single agency out there. That’s all I’ve got for you.”

Many environmental groups will likely call such votes hypocritical. Some of the more prominent ones chastise Republicans when they support budget policies that take aim at environmental programs. Now, they’ll have a list of at least 17 to keep honest.

Richter said there has been progress. Lawmakers that stood sheepishly on the sidelines two years ago have held climate change meetings with constituents in their districts to discuss local effects. These are the baby steps that could one day lead to a sprint, he said.

Read more on: US | World | Republicans | Trump US