Bangladesh backtracks on carbon tax proposal ahead of election year

Mooted climate policy was dropped from the budget announced on Thursday, as energy and transport lobbies complained it would raise living costs 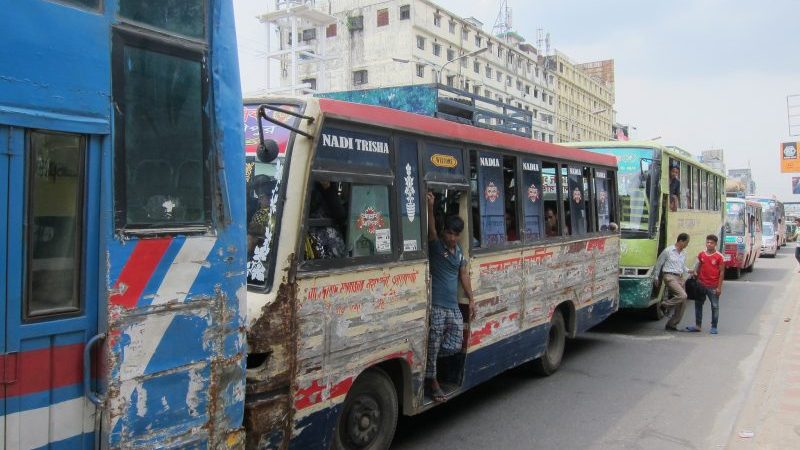 By Abu Siddique in Dhaka

The government of Bangladesh has backtracked on plans to impose a carbon tax, in its budget unveiled on Thursday.

In the run-up to the budget announcement, the idea was floated as a way of raising revenue and addressing climate change. It was hailed by international commentators as a sign of leadership from one of the world’s poorest and most vulnerable countries to global warming.

But the only green initiative in the final version, presented by finance minister AMA Muhith, was a tax break for garment factories that meet international green building standards.

Officials from government agencies told Climate Home politicians did not want to risk increasing the cost of living ahead of an election scheduled next year.

Saleemul Huq, director of the International Centre for Climate Change and Development (ICCCAD), said: “The government has completely avoided the environmental concern though it was urgent to tackle the negative impacts of climate change, rather it focused on election by widening the coverage of popular schemes.”

What is more, Muhith doubled an import duty on solar panels from 5% to 10%, citing the development of domestic manufacturing.

Ahsan Uddin Ahmed, an independent evaluator of Green Climate Fund, criticised the mixed messages. “The government should decide what it wants,” he told Climate Home. “Sometimes it takes the initiative for tackling climate change and sometimes it goes against it, which is ridiculous.”

The World Bank estimates that if Bangladesh imposed a tax of $5 on each tonne of carbon dioxide, it could generate $2.4 billion annually which is 1% of the country’s GDP.

Under this proposal, the overall burden on consumers would not increase, just shift to discourage use of more polluting fuels. For example, he said, “some grades of diesel have high emission rate and it can have higher taxes per litre. This mechanism will ultimately reduce the use of diesel as well as emissions.”

But energy and transport interests lobbied against the proposal, saying it would hike costs.

According to the government’s power division data, around 30% of the country’s power generation is dependent on diesel and furnace oil, which is dirtier than natural gas. The Bangladesh Power Development Board in March announced price increases of 7% to 11%.

Bangladesh Petroleum Corporation currently charges 65 taka for a litre of diesel or kerosene, while petrol is more expensive at 86 taka.

Joynul Abedin, a member of Bangladesh Bus, Truck Owners Association, said: “We welcomed the government’s decision for not imposing extra tax like carbon tax as it would increase the transportation cost.”

Bangladesh is one of the most exposed countries in the world to the impacts of climate change, with millions of people living in low-lying coastal areas threatened by rising seas and tropical cyclones. The government estimated in its submission to the Paris climate deal adapting to these impacts would require $40 billion by 2030.

It contributes little to the problem: the carbon footprint of an average Bangladeshi is around one twentieth that of an American. Under its Paris pledge, Bangladesh aims to reduce greenhouse gas emissions 5% by 2030 compared to business as usual, rising to 15% with international support.

As part of an informal grouping of countries on the front line of global warming impacts, it declared an aspiration to go further – ultimately aiming for 100% renewable energy.