Republican who signed up to climate action all but evaporated in the lead up to Trump’s momentous decision, highlighting deep-set opposition to global cooperation 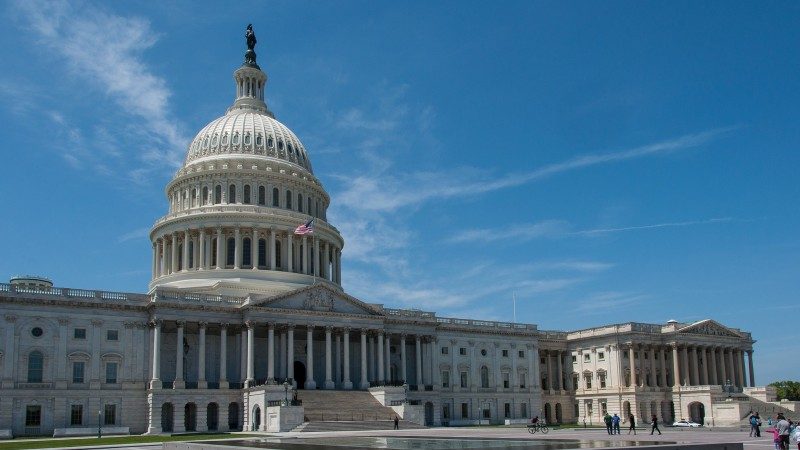 By Zack Colman in Washington, DC

The small-but-growing handful of climate-conscious Republicans were never going to die on the hill that was the Paris climate agreement.

President Donald Trump’s Thursday decision to exit, but possibly re-enter, the United Nations climate pact laid bare the lukewarm support far-reaching, aggressive efforts to reduce greenhouse emissions has among even the most vocal of a relatively muted group of lawmakers.

Full story: US leaves Paris accord, but wants back in on new terms

“We all care about clean air and water and doing what we can to minimise human impact on the climate – that’s why I joined the Climate Solutions Caucus in the House,” Rep. Tom Reed of New York told Climate Home in a statement. “However, it’s not fair to put impractical and unrealistic burdens on our farmers and businesses. We have to approach climate change in way that helps preserve our planet while creating jobs and opportunity.”

Most of the 20 Republican members were silent on Paris in the run-up to Trump’s decision. Until Wednesday, when news broke of Trump’s imminent decision to leave Paris, just four of those members had publicly urged the president to remain in the global deal. In the upper chamber, three of 52 GOP senators vocally backed the Paris agreement.

By contrast, those familiar with White House deliberations said a letter to Trump from 22 Republican senators last week significantly influenced the administration’s decision. It offered political cover and presented a unified GOP front, especially considering many of the signatories hail from states that carried Trump to his victory.

Most Republicans “don’t think this is a top priority,” Catrina Rorke, senior energy policy fellow with free-market think tank R Street Institute, said of the Paris agreement in an email. Even deeper, there’s a “big stigma in conservative circles where loyalty is such a virtue” that backing Trump’s decision “matters more than their personal thoughts on Paris,” surmised Danny Richter, legislative and science policy director with Citizens Climate Lobby, which has been trying to grow the Climate Solutions Caucus.

The timing of the Paris exit sets up an interesting test of that loyalty: The US would formally leave the Paris deal on Nov. 4, 2020, the day after a potential Trump reelection bid. For what it’s worth, Republican voters ranked it the least important of 21 issues in a January poll by the Pew Research Center, though members of the Climate Solutions Caucus come from more moderate districts.

Still, the idea of a global climate change deal picks at the traits that define the Republican Party’s views on the problem – distortion of the science, heavy funding from the fossil fuel industry, growing strains of nationalism, commodity-based regional economies. It’s an international layer of governance that seeks to restrain the use of homegrown fossil fuels for what Republicans perceive to be a negligible domestic contribution to the reduction of global temperatures.

Republicans make a distinction between domestic climate efforts and ones that hinge on international accords. Conservatives have long been critical of multilateral deals no matter the issue, arguing they handcuff US independence and invite ever-deeper government interference.

GOP lawmakers said much of the same in the wake of Trump’s move. While China and India – long climate bogeyman – signed onto the agreement, Republicans characterised those nations’ emissions reductions timelines as too soft.

After Trump announced his withdrawal, Republican members of the climate caucus released statements that revealed their lukewarm feelings about the Paris accord.

“As someone who believes that climate change is a real and serious threat, I would like to see the Paris climate agreement fixed so that countries like China and India pull their weight,” Rep. Brian Mast of Florida told Climate Home in a statement. “The United States must take a leadership role in finding economically viable solutions to protect our environment, as well as having our influence reflect our contribution.”

Rep. Don Bacon, a congressman from Nebraska, said he took a keen interest in environmental stewardship and that the US “should have kept a seat at the table to advocate our interests and fix the problems with the current agreement that put us at an economic disadvantage with other countries”.

Rep. John Faso of New York offered a more nuanced repudiation of Paris, although one couched in a skepticism of binding international documents. He said that while he thought exiting Paris was “ill-advised,” he questioned its authority in the first place because it didn’t get senate ratification, as treaties must under the constitution. (The Obama administration, for its part, had argued Paris wasn’t a treaty, as the deal’s binding portions were executed under a previously ratified treaty.)

“Withdrawing from the Paris Agreement is misguided, and harms the ongoing effort to fight climate change while also isolating us from our allies,” she said.