After a barrage of criticism, the UN’s primary climate fund has released $5.2m to a handful of projects 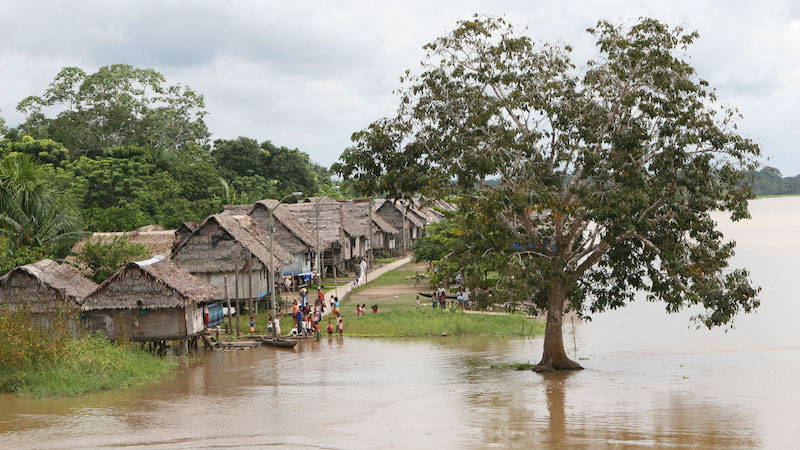 "We must protect the Amazon, as the life of the planet depends on this ecosystem." (Photo: GCF)

Lambasted by Donald Trump and much criticised from all sides, the seemingly friendless Green Climate Fund has begun doling out money.

Five years after its inaugural meeting, the fund has almost $10 billion of donations pledged but only a few million dollars have reached climate projects.

With its next board meeting scheduled for the 5-6 July, the UN-backed conduit for climate finance announced a series of payouts in May and June totalling $5.2m. A press release said the fund was scaling up disbursements.

On Friday, the Maldives received the first $3m of $23.6m committed to build better water infrastructure in the atoll nation, which is threatened by it lack of natural reservoirs, rising seas and saltwater intrusion.

Achim Steiner, head of the UN Development Programme, which will manage the project, said: “We are delighted that the Green Climate Fund’s first disbursement to UNDP will help realise this exciting project, which will see almost a third of the population of the Maldives becoming freshwater self-sufficient over the next five years.”

Two projects in Namibia will support rural communities. One $400,000 grant is to equip communities to access climate finance. A second tranche of $3.4m goes to improve irrigation and install solar power for pumps in drought-prone regions, reaching about 16,000 farmers.

In the Peruvian Amazon, $1m has been sent to help indigenous communities manage their forests. The funding is managed by the Peruvian Trust Fund for National Parks and Protected Areas (PROFONANPE), whose CEO Alberto Paniagua said: “The area of the project covers an important part of the world where peatlands remain almost intact. We must protect the Amazon, as the life of the planet depends on this ecosystem.”

Meanwhile in the Pacific, $296,000 went to Vanuatu for “readiness support”, essentially a programme that allows the country to develop its capacity to accept full-scale climate assistance in the future. Managing large projects requires expertise often lacking in the developing world.

In May, Mongolia’s XacBank got $500,000 (out of a total $20m) to train entrepreneurs who will start renewable energy and energy efficiency businesses. Lack of access to electricity means many Mongolians cook on kerosene-fired indoor cookstoves, which makes the air in the capital Ulaanbaatar five times more polluted than Beijing.

XacBank is one of the country’s biggest private lenders. Anand Batsukh, a senior project development officer at the bank said: “Increasingly, Mongolian people are drawing the link between climate change and air pollution. People are becoming more concerned as the air quality here has been particularly bad this year.”

Most of the disbursements are the initial tranche of larger grants. But the amount of money remains tiny compared to the size of the fund and the scale of the problem. By 2020, under UN agreements, the Green Climate Fund is supposed to be administering a sizeable portion of a promised $100bn in climate finance every year.

At the last board meeting, a member from the Democratic Republic of Congo called the fund a “laughing stock” for failing to meet the expectations of the developing world. He later retracted the comment after another delegate objected.

In 2016, the fund missed its target of approving $2.5bn worth of projects – that’s a stage long before funds are actually released – by $1.2bn.

But in the US, the fund has been reviled for the opposite reasons. The White House has called it a “slush fund”, underwritten by American taxpayers. President Donald Trump has vowed to end all further payments to the GCF. The US has not yet sent $2bn out of a $3bn pledge made under former president Barack Obama in 2015.