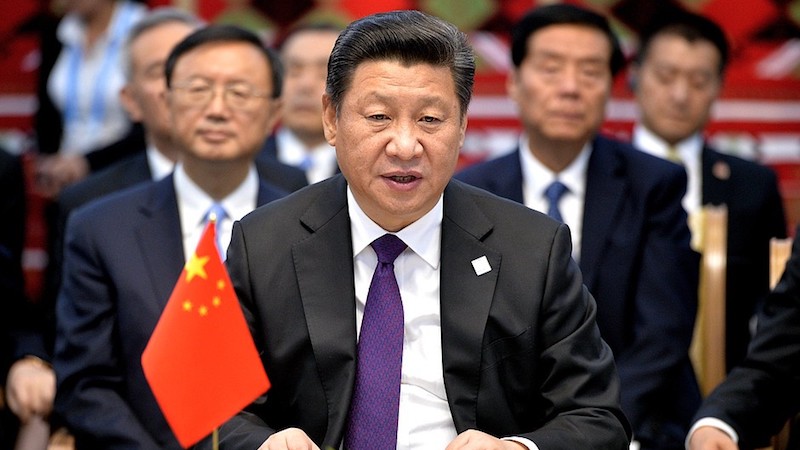 Chinese president Xi Jinping endorsed a G20 plan calling on development banks to support poor countries to lower their emissions, just days after his own development bank had signed a $1.5bn loan deal to build a South African coal plant.

The CBD is not a multilateral bank and therefore not technically covered by the G20 plan’s call. But it is a state-run institution, using public money. The divide is evidence of China’s willingness to talk the talk internationally, while continuing to export fossil fuel finance.

China has repeatedly reaffirmed its decision to abide by the Paris climate agreement by moving towards reducing carbon emissions. It has also tried to build a climate leadership partnership with the EU.

However, Chinese companies, backed by government money, continue to invest in fossil fuels in Africa. Two high profile cases in recent months are the Eskom deal and the controversial coal project in Lamu, Kenya. Between 2010 and 2020, according to the International Energy Agency, 20% of new Chinese-backed power capacity in sub-Saharan Africa will be coal.

According to Eskom spokesperson Khulu Phasiwe, the World Bank initially funded the coal plant but it had said that this was the last funding Eskom would receive for a project of this kind.

“The World Bank said the rest of the world was moving towards renewable energies and that is what they would like to focus on in the future,” Phasiwe told Climate Home.

Now, after a shortfall left the project in doubt, China’s development bank has jumped in to fill the gap.

Although Climate Home could not reach CDB for comment, its deputy director-general manager, Li Gang, told a press conference in Johannesburg that the loan demonstrated a long-term relationship growing between China and Africa.

“We believe as long as Eskom does everything well, and fulfils its commitment to the community and the people and ensures that the goals of the country and the government are achieved, CDB will be their strongest supporter,” said Li.

The World Bank and other multilateral banks face ongoing criticism for continuing to fund fossil fuel projects in developing countries. A recent report by the US-based NGO Bank Information Centre (BIC), accused the World Bank of undermining its climate commitments by supporting investment incentives for coal, gas and oil projects.

In a press statement, BIC Europe and Central Asia manager, Nezir Sinan said the World Bank had pledged to help countries adopt a low-carbon development path specifically by phasing out fossil fuel subsidies and promoting a carbon tax. “However, the bank’s policy lending does the opposite by introducing tax breaks for coal power plants and coal export infrastructure,” said Sinan.

The G20 climate action plan emphasised the role such organisations can play in a safer climate.

“MDBs’ ability to provide large-scale financing, their potential to leverage private climate finance, and their presence around the globe place them in a good position to contribute to the transition to an increased adaptive capacity and a low greenhouse gas emission and climate-resilient development,” it read.

Eskom’s Phasiwe defended the World Bank funding for Medupi, arguing that power station was initiated way before many countries started shifting towards renewable energies and before the bank itself pledged to end its financing of coal.

“Medupi was started in 2006,” he said: “It’s not like Eskom is investing in a new coal project.” The World Bank did not respond to requests for comment.

Phasiwe said Medupi was the last coal project that Eskom would invest in, adding the company was increasingly investing in renewable energies which for now make only 5% of the company’s power supply. Coal accounts for 80%.

“We come from a situation where 100% of our power was generated from coal but now we’re diversifying our energy sources in terms of the government’s energy mix strategy,” said Phasiwe.

He said Eskom has realised the need to embrace renewable energies and, as a result, the power utility has partnered with Stellenbosch Centre for Renewable and Sustainable Energy Studies, which is researching how to store solar energy.

Although a developing country with little responsibility for historic emissions, South Africa’s carbon footprint which is driven by its energy sector owing to its growing economy is a cause for concern.