No support for coal, say several EU nations, as Poland asks for billions generated through emissions trading scheme for its ageing plants 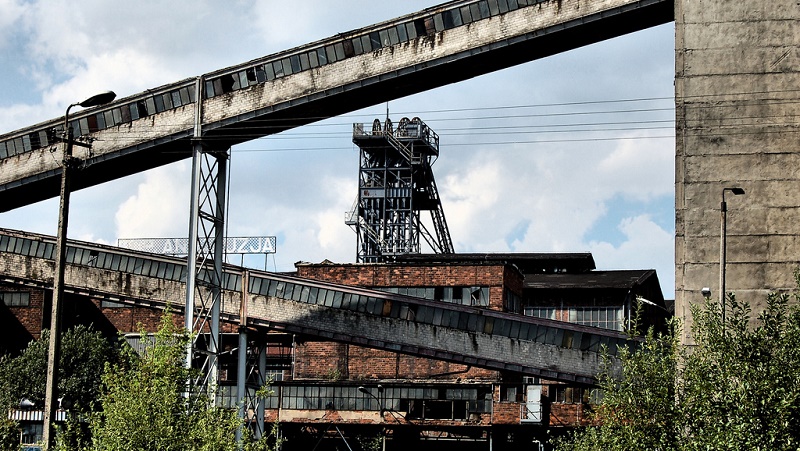 By Arthur Neslen in Bonn

A Polish bid to siphon off up to €29bn of EU carbon market money for ageing coal plants has been slapped down in a backroom statement by the UK, France, Germany and four other countries.

The declaration, which Climate Home News has seen, is in the form of a “non-paper” – a diplomatic demarche – also calls for a tougher emissions performance standard, which would prevent public investment in coal across the EU.

Poland has pushed for a double whammy of revisions to rules governing the emissions trading system’s clean energy fund that would allow it to use it to aid its coal sector.

The governmental ‘non-paper’- also signed by Sweden, Denmark, the Netherlands and Luxembourg – says categorically that fund “should not be used to support any solid fossil fuels-based energy generation”.

The story emerged as annual UN climate talks began in Bonn, Germany on Monday. Poland will the host next year’s crux COP24 climate summit, on which the strength of the Paris Agreement will rest.

Concerns about conflicts between the Polish coal industry and the UN agenda to rapidly cut carbon emissions are widespread at the talks. On the stand advertising the big 2018 talks in Katowice, Poland, advertising material for the coal industry was clearly displayed.

#COP24 in Poland. All about #coal, apparently pic.twitter.com/29TiVEseg9

The anti-coal declaration from Poland’s wealthier EU neighbours calls for increases in the ETS fund to be clearly linked with speedier moves to decarbonise.

The governments say resistance by some EU countries to a parliamentary proposal for a 450gCO2/kWh emissions performance standard (EPS) is “problematic”, and concerning.

The EPS benchmark is significantly tougher than the European commission’s proposed 550gCO2/kWh bar, and would effectively embargo public subsidies for the dirty fuel.

News of the leak was hailed by campaigners ahead of an important vote of EU institutions on the issue, due to take place on November 8.

Femke de Jong, a spokeswoman for carbon Market Watch said it would be “outrageous” to use clean energy funds to bail out Poland’s coal plants.

“It would go against the spirit of the Paris Agreement and put lives at risk by further fuelling the air pollution crisis,” she said. “It is critical that policymakers ensure that the EU ETS does not become the union’s largest subsidy scheme for coal.”

Environmentalists want ETS auction revenues to be used for boosting clean energy, and driving a coal phase out that also supports impacted communities.

For its part, Poland argues that it supports the EU’s climate objectives but not at the expense of its industry’s competitiveness, or energy supply needs.

Poland wants two things: a doubling of money allocated through the ETS clean energy fund from 310m to 620m carbon allowances; and an increase in the share of free allowances that poorer countries can spend on their power sectors from 620m to 870m allowances

Taking the average €20 a tonne carbon price [behind firewall] projected by financial analysts for the next decade, this would translate into between €18 and €29bn of largesse. Measures such as upgrading highly inefficient coal plants or expanding coal-fired district heating systems could all benefit.

In the past, Poland’s use of concessions in the ETS has drawn accusations by MEPs of “dirty tricks” and “cheating the system”.

But the deputy secretary general of the environment for Estonia Meelis Munt told Climate Home News he saw no conflict between the Polish proposal and the ‘bottom up’ approach to climate pledges agreed in Paris. In its current role as president of the EU Council, Estonia has been sympathetic to Poland.

He said: “The ultimate goal is to deliver emissions reductions [but] of course there are specific circumstances – when we talk about the EU and the specific needs and conditions in different member states – which have to be taken into account.”

“One size fits all doesn’t work for a larger grouping and we have to accommodate larger needs and concerns beyond climate policy – social and economic policy as well, for example. But the ultimate goal is to deliver the objectives of Paris.”