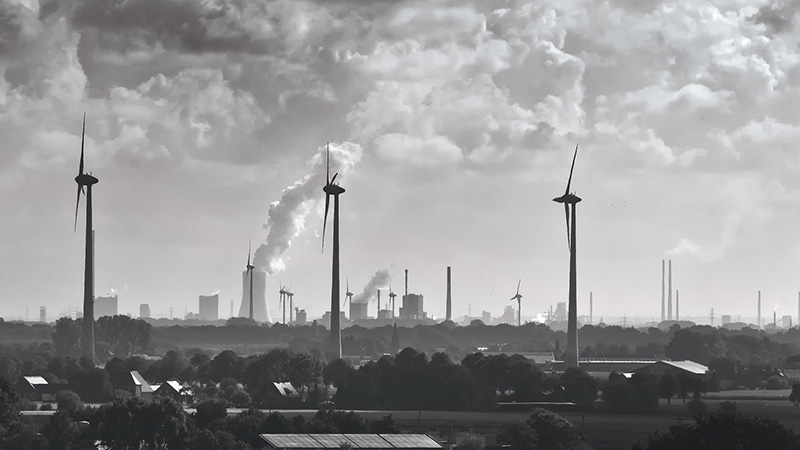 Germany's transition to renewable energy is not happening fast enough to meet its climate targets, the government has admitted (Photo: Pixabay)

Germany will miss its 2020 climate target, the government is to acknowledge in a report due for release on Wednesday.

A draft of the 2017 Climate Protection Report was seen by Climate Home News. It goes to cabinet for sign-off tomorrow.

The country’s target is a 40% reduction of greenhouse gas emissions by 2020 compared to 1990 levels, but the report has suggested that Germany will only achieve a 32% reduction by 2020. “This will lead to a gap of about 8 [percentage points],” states the report draft.

The report said the government’s 2014 Climate Action Programme was insufficient to close the gap to the 2020 goal, due to “the unexpected dynamic economic development and the unexpected significant population growth”. Population growth will exceed projections by one to 1.8 million people by 2020.

It added the government is working on a programme for a 55% emissions cut by 2030, based on Germany’s 2050 Climate Action Plan.

The announcement comes a week after Germany launched a commission to decide a phase-out timeline for coal. The commission will also recommend measures to close the gap “as far as possible” to Germany’s 2020 emissions target.

That the climate target will be missed has been expected since October 2017, when Germany’s environment ministry warned emissions from coal-fired power plants and transport were too high to achieve it.

The ministry said that a failure of this magnitude would constitute a “significant blow to Germany’s climate policy,” and would be “a disaster for Germany’s international reputation as a climate leader”.

Germany is the largest emitter of carbon dioxide from coal in the EU and depends on the fuel for more than a third of its electricity. It also has a large and influential auto industry.

In January, Germany’s two biggest political parties deferred the 40% goal, promising in a coalition agreement to “agree on a package of measures that will close the gap as far as possible and reach the target at the beginning of the 2020s”.