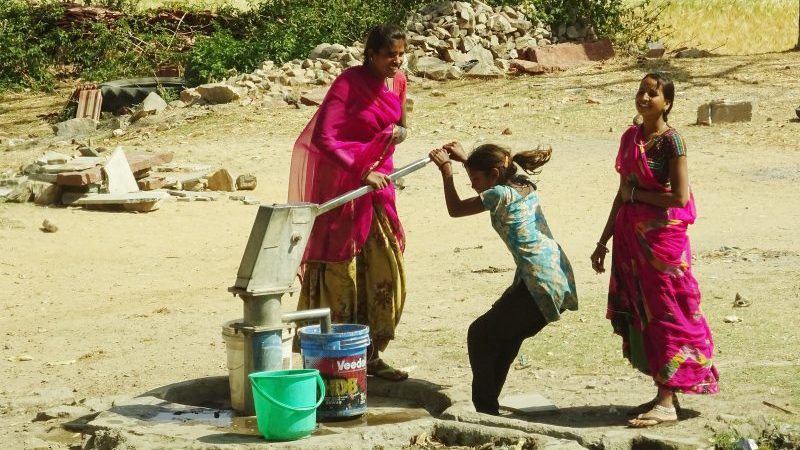 Pakistan and India must work together to address climate change amid a worsening water crisis, a leading politician has urged.

Leading Indian thinktank Niti Aayog warned in a report this month that 600 million citizens faced high to extreme water stress. It did not have data for Jammu & Kashmir, the state the Indus flows through into Pakistan, but drinking water shortages have been reported.

In Pakistan, the meteorological department has issued a drought warning across most of the country. In the southeastern province Sindh, The News Pakistan reports 60% of the mango harvest was damaged in the worst drought for 25 years. Reservoirs are low and farmers planting less cotton in the parched soil, reports the Thomson Reuters Foundation.

“Climate change is a threat that respects no boundaries and South Asia is now one of the most vulnerable regions. It is alarming that Pakistan and India are both way behind in formulating a comprehensive plan to tackle climate change,” she said.

“More than ever before, we must look at climate change as an issue of survival and start to understand the expansion of what security means in order to see the importance of moving beyond its traditional concepts.”

The policy promised to double the country’s storage capacity to 28 million acre-feet (34.5 billion cubic metres), securing the long-term viability of the Indus basin, its primary source of water.

Executive director of Islamabad-based thinktank SDPI, Abed Saleri, said: “In a country where we have divided opinions and polarization on almost all major issues, it is a great step forward that at least there is one central policy on water issues.

“Our per capita availability of water has already dropped; we are using 77% of our available water resources so in that context at least having a water policy is a good omen.”

Fears for water security are an ongoing source of tension with India, which controls water levels through a series of upriver dams.

Pakistani officials raised concerns with the World Bank in May about the recently inaugurated Kishanganga hydroelectric plant, claiming it violated the 1960 Indus Waters Treaty. The bank reportedly refused to refer their complaint to the international court of arbitration.

“It is particularly important for Pakistan and India to address climate change in every forum available, including the Indus Waters Treaty, considering that we both share a depleting water basin,” said Rehman, who is a member of the left-wing Pakistan People’s Party.

India’s water ministry, on the other hand, maintains it is under-using its share of the water, and Indian policy expert Brahma Chellaney has called the deal lop-sided, saying India traded away most of its water for peace.

Bilal Khalid, head of the climate and water program at LEAD, told Climate Home News the timing of river flows was as important as the total volume of water.

“The problem is really with the temporal availability of water. For example, we are very sensitive in terms of the sowing season of our crops,” he said, with a difference of just a few days hitting crop yields by up to 20-30%.

“So those can have very major implications for the food security and also the livelihoods of the downstream population in Pakistan.”

Khalid added climate change was increasing the strain on a water treaty that has withstood three conflicts between the South Asian nations.

“There is a point which people are becoming increasingly vocal about: at the time of the formulation of the treaty, there were issues that were not there, for example, climate change. It is a very important issue that the treaty does not really talk about.”

Major Himalayan glaciers like the Kolahoi are receding, slashing the seasonal run-off into rivers that supply India and Pakistan. At the same time, more frequent and intense heat waves make water evaporate more quickly from the soil. A global record of 50.2C for the hottest April day was recorded in Nawabshah, Pakistan this year.

“There is a need to engage in dialogue with India to figure out these issues that were not there before. How can they be incorporated in to the treaty – because really, the issue is that net water will start reducing under the impact of climate change because the Indus is primarily glacial melt, then how will they treaty react to that situation?”

Researchers predict at least 4% percent of the South Asian population will experience unlivable temperatures without air conditioning by 2100, and three quarters are expected to experience dangerous level temperatures.

“The most intense hazard from extreme future heat waves is concentrated around densely populated agricultural regions of the Ganges and Indus river basins,” the authors wrote.