Comment: The death toll in Greece and suffering right up to the Arctic Circle must prompt a move to sustainable and resilient forest management 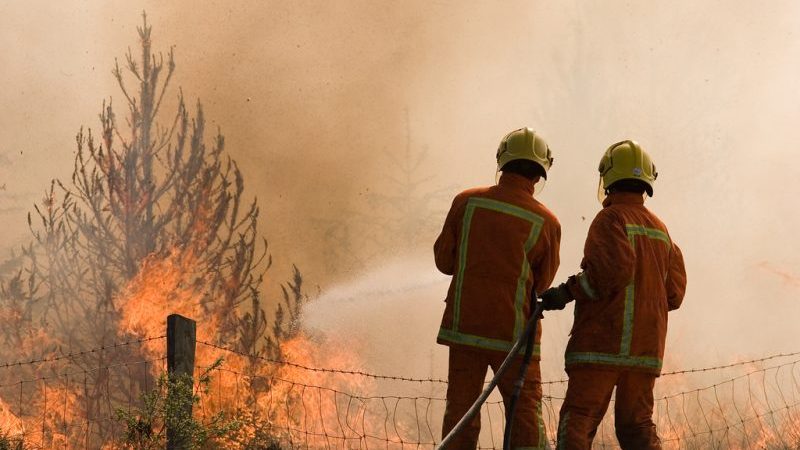 On the ground, the suffering is unfathomable: among the rising death toll in Greece are the 26 adults and children found huddled near the sea, apparently trapped after failing to scramble to the water to escape the flames. Inside the Arctic Circle, Sweden, Latvia, Finland and Norway, fires have also burnt with ferocious intensity and devastating consequences.

While forest fires are invariably sparked by lightning or people, they are being driven by a heatwave that scientists say may soon be the norm. The World Meteorological Organisation described the current temperatures in Scandinavian countries – 10 degrees C higher than average – as “extraordinary”, and scientists say the heatwave is undoubtedly linked to global warming.

The question is what can be done?

Report: As the UK swelters, government plan for extreme heat is criticised

It might seem counter-intuitive or perverse, but the first thing to recognise is that forest fires are not inherently bad: in fact, they can be a natural phenomenon which boreal and Mediterranean ecosystems have adapted to, and which have ecological benefits enabling forests’ long-term vitality. Yet the out of control, large scale infernos currently engulfing parts of Europe signify something else entirely and raise urgent questions for European policymakers on how to increase their nations’ forests’ resilience to climate change, and heatwaves in particular.

One important step would be to halt the expansion of monoculture tree plantations, typically made up of pine or eucalyptus trees. These are generally more susceptible to the spread of fire than mixed or old-growth forests, which among other advantages, hold more water. Meanwhile research has shown that the risk of forest fires is more than 20 times greater in those that are pure conifers compared to deciduous forests.

Yet in recent years, monoculture plantations have spread across Scandinavia, where forest fires are now burning, and Portugal, which was ravaged by them last year. These monocultures have been driven by the pulp and paper industry, and in part by recent policies that promote the use of wood for renewable energy production.

A diverse landscape with diverse forests provides a greater bulwark or natural barrier against the large-scale and uncontrollable forest fires we are now witnessing.

Fire bombs: why is the Mediterranean burning?

So the European Union, as well as national governments, must promote the restoration of diverse forests, which would also increase the carbon they hold – thereby helping mitigate climate change.

There are a number of policy mechanisms they could use to do so.

They could begin by setting EU commitments under the Bonn Challenge – a global initiative which aims to restore 150 million hectares of deforested and degraded land by 2020, and 350 million hectares by 2030. A first step in this process would be to assess the restoration potential of forests in each country, including areas currently devastated by fires.

They could also revise the Common Agricultural Policy to promote the development of mixed forests, forest restoration and adaptation measures, supporting this by making forest protection and restoration a key component of the EU’s 20250 decarbonisation strategy.

In this way, European forests can be a vital weapon in the fight climate change: helping prevent the kind of extreme weather which is driving the fires we are seeing currently wreak terrible havoc around the continent.

Linde Zuidema is a forests and climate campaigner at Fern