UK weighs future carbon pricing options, but Scotland will not abide a national tax it says will stomp on devolved powers 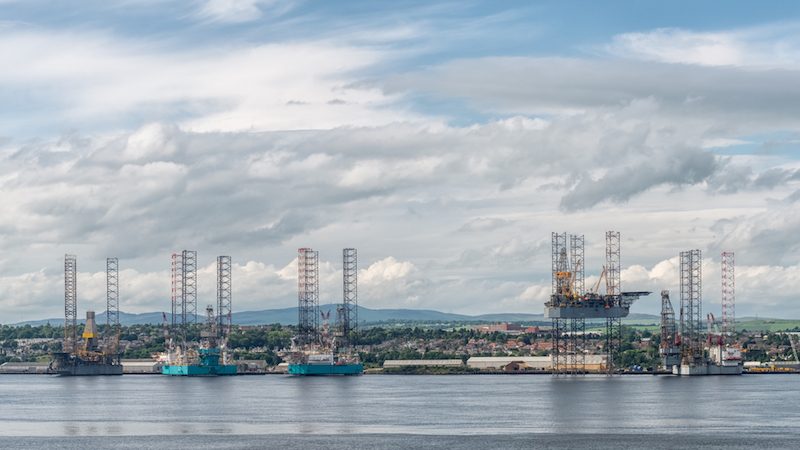 The Scottish government would oppose a London plan to replace Europe’s emissions trading market with a national carbon tax, Edinburgh has told Climate Home News, saying it would encroach on devolved powers.

Whitehall is weighing up options for either keeping closer links to the European Union’s emissions trading system (ETS) after its exit or building its own measures.

If it leaves, it could create a domestic cap-and trade market, and possibly link it to the EU’s, or set a carbon tax. If it’s a softer Brexit, the country could remain in the EU emissions market until the next trading period ends in 2030 – the preferred choice for many businesses and climate advocates.

But to remain in the ETS up to 2030, the UK and EU will have to strike an overarching agreement that allows for ties in certain sectors. Negotiations so far have failed to find this kind of common ground.

If the UK leaves the EU system, a proposal for a nationwide policy will need to satisfy Scotland, Wales and Northern Ireland; the three devolved governments have the power to set their own environment policy, including on climate change.

Scotland is waiting to hear more on the UK government’s plans before coming out with a detailed public position. But the government told CHN it would not accept a carbon tax, which would shift accountability for Scotland’s emissions to the treasury department in London.

“Scottish ministers have written to the UK government expressing their concern about the lack of clarity on [the] ETS and the impact on stakeholders,” a government spokesperson said, adding that they are urging London to discuss the issue with Scotland, Wales and Northern Ireland.

The Scottish government still believes the most cost-effective way to cut carbon emissions is to remain in the European scheme, because it provides “access to larger markets and protection against carbon leakage,” the spokesperson added. But continued membership depends largely on whether the UK leaves the European Court of Justice’s jurisdiction, as it said it intends to do in a paper laying out Britain’s vision of a future relationship in July.

“As our white paper sets out, we are seeking broad energy cooperation with the EU, as part of our commitment to deliver cost-effective, clean and secure energy supplies,” a UK government spokesperson said. “The UK will discuss options with the EU for maintaining robust, equivalent carbon-pricing mechanisms.”

The UK is expected to give more details on how an immediate Brexit could affect emissions pricing in the coming weeks, when it releases additional notices on no-deal preparations for different sectors. It published the first batch earlier this month.

Until then, the business department is quietly listening to what industries, NGOs and other experts have to say about the ETS, according to a source involved in those discussions.

“It’s been a one-sided process of trying to understand stakeholder views on how different options could be implemented … rather than setting out a preferred government approach,” the source said.

However, uncertainty about Scottish, Welsh and Northern Irish positions adds to concerns that London would struggle to draw up a complex and contentious new carbon pricing system before leaving the EU market.

UK energy and clean growth minister Claire Perry told the parliament in March the government would like to remain in the ETS through to 2020. That would coincide with the end of the EU market’s current trading period and the proposed transition period for implementing the Brexit deal.

At best, that position leaves the government less than two years to prepare a replacement. That is already a tight window, but it’s luxurious compared to a sharp no-deal departure on March 29, which would yank the country out immediately.

“With the carbon market, how do you set that up? This is big, it took us a long time to get the ETS in place,” said Matt Hinde, senior vice president and director of energy, transport and trade at the consultancy Fleishman Hillard in Brussels, and a former UK civil servant.

“A tax is simpler, but only when you look at it at first. Are we doing it economy-wide, or just for power generators? What about energy-intensive industries? What about this sector? What about that one?”

Get this, and other important climate news, to your inbox – sign up

If the UK leaves without an ETS replacement, it could bring the EU’s cornerstone carbon-cutting tool to the “verge of collapse,” said Annalisa Savaresi, an environmental law lecturer at Scotland’s University of Stirling. And this just as the ETS price is rising in response to recently agreed reforms — putting pressure on energy-intensive industries after years of stagnation.

In the UK, it would free British industrial factories, power plants and airline flights from obligations to pay for their pollution. (Although power generators would still be subject to a slightly lower national floor price for emissions). In the EU, it could flood the market with unneeded UK pollution permits.

“If the UK crashes out with no agreement, that would really cause an Armageddon scenario that everyone wants to avoid,” said Savaresi, who sent a report to the Scottish government in May assessing options for environmental governance after Brexit.

The report urged Edinburgh to stick with the UK if it creates its own carbon pricing scheme to ensure continuity for businesses around the country, since most emissions come from England. Still, state-only carbon markets in the US and Canada show that it could be possible, Savaresi noted.

Neither a domestic market nor a tax fits with what stakeholders ranging from power generators to energy-intensive industries to environmentalists really want: ETS membership through 2030, when the new reforms expire. Perry’s confirmation that the government would like to remain until the end of 2020 has not entirely reassured them.

For one, the position relies on the UK and EU agreeing an exit deal, which looks more questionable as negotiations enter the final stretch. For another, the uncertainty is already weighing on financial decisions, such as electricity sales that should be based on future fuel and carbon costs, said Simon Henry, EU policy director at the International Emissions Trading Association.

“They won’t know what those carbon costs will be,” Henry said. “It could be the EU ETS price, which is easy to hedge because you can buy a carbon allowance for, say, delivery in 2021. Or it could be some other UK carbon pricing scheme, but no one has any idea whether that would happen, what it would look like, or what the levels would be.”

Correction: Annalisa Savaresi, is an environmental law lecturer at Scotland’s University of Stirling.