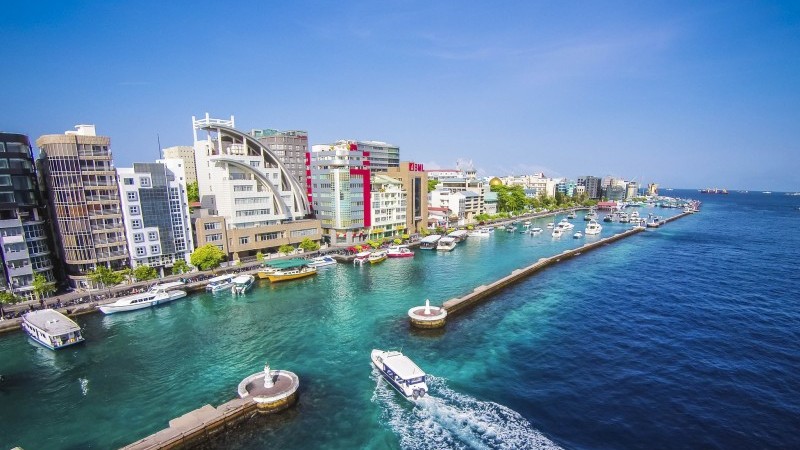 A month after the Intergovernmental Panel on Climate Change (IPCC) released a startling report on global warming and 1.5C, policymakers are scrambling to determine how the findings should inform the next round of UN climate change negotiations that begin in Poland in early December.

I was chairman of the Alliance of Small Island States (Aosis) when our group fought for the report at the Paris climate change conference back in 2015. The findings came as a shock, even for those of us who have been sounding the climate change alarm for decades.

Among the most startling revelations is that global warming may exceed 1.5C above preindustrial levels – the temperature beyond which climate change impacts could spiral out of control – in as few as 11 years. Already, with 1C of warming, climate impacts have grown more frequent and severe than previously imagined, including increasingly powerful storms and accelerating sea level rise.

In fact, along with the IPCC report, Aosis successfully advocated for setting a global temperature goal of 1.5C in Paris. As countries on the frontline of the climate crisis, we have long devoted an enormous amount of political capital to pushing for the most ambitious temperature target as possible.

Reality check: is the 1.5C warming target even possible?

But, in light of the report, as well my own observations as the environment minister for the one of the world’s lowest-lying countries, I fear we have entered a new phase in the climate talks, one where we must now devote at least as much energy to securing our priorities on adaptation and loss and damage as we do on mitigation ambition.

As small island leaders, we know that the cost of adapting to climate impacts is straining our budgets.

In the Maldives, for instance, we are witnessing prolonged droughts in our outlying atolls. Such extremes have major implications for ensuring our people have enough water to drink. In emergencies, we have been forced to spend hundreds of thousands of dollars to ship supplies from our desalination plant in the capital to the affected areas.

At the same time, we have been forced to build coastal protection structures around numerous islands to help manage rising seas and erosion. In the past 5 years, we have spent $85 million on such projects.

We were fortunate to be among the first group of countries to receive support from the Green Climate Fund for an adaptation project on water security. When complete, it is projected to provide freshwater to over 100,000 people in a group of outer islands at a cost of about $28 million ($4 million of which came from our own budget).

This represents a significant return on investment by any measure, but like all small islands we face dramatically higher adaptation costs if we hope to build resilience against the kind of impacts the IPCC projects.

Globally, the cost of adapting to climate change in developing countries could rise to between $280 and $500 billion per year by 2050, according to a 2016 UN Environment report. The cost will be disproportionately borne by the world’s developing and least developed countries and is exponentially larger than the amount of international public finance available today.

A failure to keep global warming under 1.5C and the enormous shortfall in the support needed to help vulnerable communities adapt also forces us to confront loss and damage with renewed urgency.

Loss and damage refers to the irreversible harm caused by climate change—slow onset events like the disappearance of an island to rising seas or extreme catastrophes like the near total destruction of property seen on Barbuda in the wake of Hurricane Irma in 2017.

The Warsaw International Mechanism for Loss and Damage, established in 2013, was ostensibly supposed to address the aforementioned concerns, but while progress has been made in developing the bureaucratic structure of the mechanism, there is faint hope today that real money will materialize to let it do its work.

Since Aosis formed in 1992, it has always advocated for positions that would give all our members the best chance for survival. Decades ago, the group called for a global temperature goal of 1C. As greenhouse gas emissions continued to rise, it became clear that the target was unrealistic. Later, strong scientific evidence pointed to 1.5C as the responsible global temperature goal and the slogan “1.5 to stay alive” was born.

Now that the IPCC is saying we could overshoot 1.5C of warming in about a decade, we must adjust our political demands accordingly. Make no mistake: it would be suicide for the world to continue to emit greenhouse gases at the current pace and we should all demand a rapid transition to renewable energy. But for small island nations, it would also be suicide not to use every lever of power we have to demand what is fair and just: the support we need to manage a crisis that has been thrust upon us.