As the PM visits the pro-Brexit heartland, the major industry, once overwhelmingly against leaving, sees an opportunity to lighten the burden of EU carbon pricing 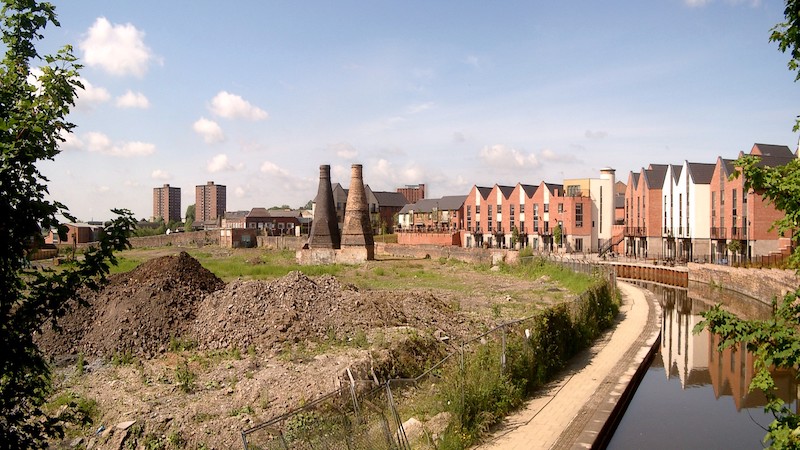 By Sara Stefanini in Stoke-on-Trent

In the ‘Brexit capital of Britain’, the town’s most famous industry never wanted to leave the EU.

A crash-out departure on 29 March threatens to throw up trade tariffs, border delays and higher pollution charges for the British ceramics manufacturers clustered around Stoke-on-Trent, which sell more than half their exports to the European Union.

In the hopes of avoiding those pitfalls, the British Ceramic Confederation (Ceramfed) has been urging MPs to approve prime minister Theresa May’s contentious withdrawal agreement when they vote on Tuesday.

This, it says, ensures as soft and predictable a Brexit as possible.

On Monday May backed their call in person, giving a speech to factory workers in Stoke-on-Trent – with china bowls stacked behind her – to drum up support for a deal that appears headed for defeat. Not backing the deal, she warned, could lead to no Brexit at all.

“The deal that the UK government has proposed and has been accepted by Europe is the one we want to see going forward,” said Michael McGowan, quality, environmental and energy manager at Ibstock Brick. “We think it will bring economic stability to the UK this year, whereas at the moment it’s just creating instability and uncertainty for business.”

The government also tried to ply the West Midlands city last week. Stoke Central MP Gareth Snell was among the Labour members who met May to discuss how she could change the deal to win their votes, and trade minister George Hollingbery visited ceramics industry representatives to talk about future trade opportunities.

If the withdrawal agreement is approved, the ceramics industry even sees a potential upside for its energy-intensive businesses: the chance to replace the EU’s emissions trading system (ETS) with a carbon price that is more supportive and less punitive to emitters.

“We see Brexit as a good opportunity to simplify the current approach to decarbonisation,” said Andrew McDermott, technical director at Ceramfed, which is based in Stoke-on-Trent. “There are a lot of overlapping schemes and a lot of complexity, and there are opportunities to have more of an emphasis on support rather than the threat of penalty to drive change. We want more carrot, less stick.”

That, however, requires a gradual withdrawal, once the current ETS trading period ends after 2020. An abrupt no-deal departure, on the other hand, would jack up environmental costs, including through a new carbon tax, and disrupt exports of pottery and imports of raw materials.

Our member @HeraldicPottery show around Trade Minister @GHollingbery with local MP Jack Brereton. Here they look at some of the company’s cutting edge designs pic.twitter.com/0AuUIDAAlc

The industry believes Stoke voters chose Brexit without full knowledge of how it would affect trade and environmental regulation of roughly 300 businesses that employ around 9,000 people out of a population of 250,000.

“I don’t think many people entered the polls thinking about the customs union or REACH [the EU’s chemicals regulations which could complicate future trade of ceramics],” said Tom Reynolds, commercial and public affairs director at Ceramfed.

“Two years down the line, we now have so much more information about the implications that we didn’t know then,” added Alan Ault, owner of Valentine Clays, who opposed Brexit.

But the industry’s support for a soft Brexit is still in sharp contrast to the prevailing views on its home turf.

Stoke-on-Trent voted 69.4% in favour of leaving, whereas 75% of Ceramfed’s members wanted to remain. Sentiment seems to have shifted only slightly since 2016. A recent poll found that roughly 38% of Stokies wanted to remain, while just over half of the rest said they would choose a no-deal Brexit over May’s withdrawal agreement, StokeonTrentLive reported in December.

“I’d just say, ‘Get out, regardless of a deal’,” said Sam Mawby, who works in a vape shop in the city and opposed EU regulations of vaping. “I don’t think Europe should dictate how we leave and charge us billions of euros to do it.”

Ceramics makers say approval for May’s deal is urgently needed, as the uncertainty is already taking its toll. Ault said a European customer had decided after Christmas to stop buying from the UK, and worries more of these longstanding relationships could follow suit.

A no-deal departure would be even more crippling. Tableware exports to the EU, for instance, would be hit with a 12% tariff under World Trade Organization rules, according to Ceramfed.

Carbon dioxide emissions would be subject to a new UK tax of £16 per tonne, to replace the EU’s emissions trading price, chancellor Philip Hammond announced in October. That would come on top of climate charges such as the UK’s floor price on CO2 from power generation, which passes through to the cost of energy for intensive users such as brick and tile manufacturers, and with no time for companies to budget for it.

May’s withdrawal agreement, instead, opens the opportunity to build a more favourable carbon pricing system and prepare for it, the ceramics industry says. The agreement only says the UK will not backslide on environmental protections, while the political declaration on the future UK-EU relationship says they will consider linking the ETS to a new national carbon market (without confirming that the UK will set one up).

But the preferred choice for ceramics makers: forget carbon trading, the CO2 floor price for power generation and other schemes and set up a single, simple carbon tax. Then use that tax revenue to back new breakthrough technologies and help companies go more green, akin to the £170 million of funding for heavy industry innovation that the government announced in December.

“If businesses can plan for that in their budgets, it helps them make investment decisions,” McGowan, from Ibstock Brick, said of a carbon tax. “As a responsible business we accept that we have to reduce our carbon, but at the moment it’s all about generating revenue for the government in the UK with the many different schemes.”

The Stoke-on-Trent roofing materials maker Marley, for instance, would need to replace its older gas-fired kilns and dryers with more efficient models before it can make significant CO2 cuts. A new kiln would cost £10 million or more and reduce Marley’s production capacity while it is being installed, said Annabelle Brayford, the company’s environment manager.

However, government support could also come in the form of guidance on other ways to snip pollution.

“When I’m trying to look at renewable energy [supplies], for example, there are so many companies that I have no idea where to start,” said Brayford. “Normally they just whack up the rates and off you go trying to find your way around it. … To have a network of organisations that could be on board with the process would be quite helpful.”

But while Brexit presents an opportunity for a more appealing carbon pricing system, there is also the risk that – as one of the EU’s biggest proponents for tougher emissions market rules – the UK will actually go beyond the EU in pricing pollution.

“Given its attempts to be on the more ambitious side, we have a concern that that could mean UK companies are faced with higher targets and higher costs compared to the EU,” said McDermott, of Ceramfed. “We’d like to see more carrot, so that whatever targets we’ve got, we’ve got the support to meet them.”