Young people are preparing for a mass walkout of classes on Friday, to demand swift action from governments to safeguard their futures 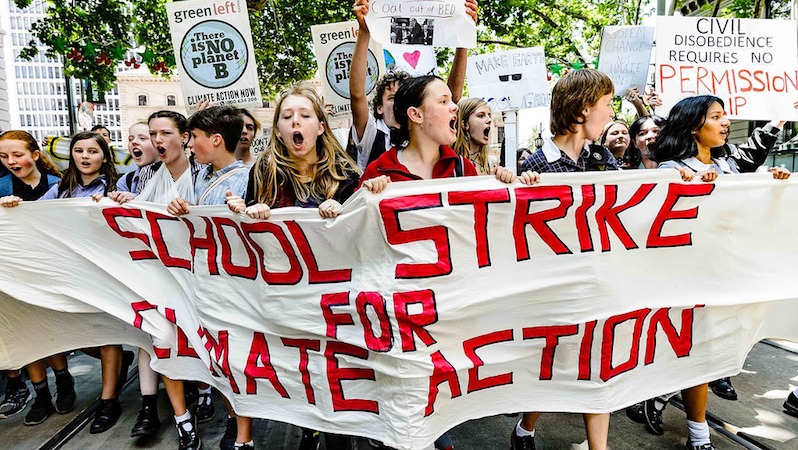 The school strikes movement has led to protests across the world (Photo: Julian Meehan)

From the world’s northernmost town, Longyearbyen, down to Cape Town in South Africa, from the Western tip of Anchorage in Alaska to Tokyo in Japan, young people are preparing to go on a school strike for the climate.

The walkout on Friday 15 March will be the biggest yet, in a weekly drumbeat of pressure on governments to safeguard their futures.

At time of publication, 1,209 events had been registered across 92 countries with the German movement Fridays for Future.

“The situation we are facing today is a unique one,” Linus Steinmetz, spokesperson for Fridays for the Future said. “We are the last generation to have a realistic chance to prevent a climate catastrophe. According to the International Panel on Climate Change (IPCC), we have less than 12 years to deliver the changes required to avoid this, but we do have the means.”

The school strikes for climate were initially spurred by the solo protests of Swedish 16-year old Greta Thunberg. In September, Thunberg started a weekly vigil on the steps of the parliament in Stockholm to call for faster action to cut greenhouse gas emissions. The teenager has since become a figurehead for the global climate movement, garnering praise for her blunt and persistent activism.

Climate strikers are demanding that countries comply fully with the Paris Agreement, which aims to limit global warming to “well below 2 degrees” above pre-industrial levels.

George Bond, a 15-year-old from Dorset in the UK, told Climate Home News he wanted the government to declare a state of emergency and involve young people more in decision-making. 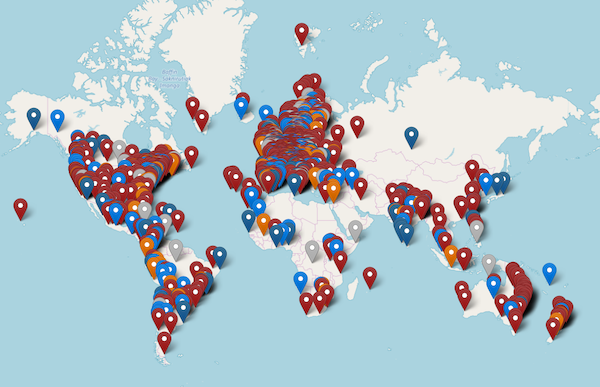 School strike events registered on the Fridays for Future website

“We are living in an imminent climate crisis,” he said. “We must take immediate, drastic action to reverse the ecological changes that we’re inducing.”

Some commentators have criticised the movement for encouraging children to skip school. The strikers, who are mostly too young to vote, argue it is the only way to make their voices heard.

“There are so many students joining the movement because we have lost our faith in adult politicians,” Steinmetz said. “We have lost our belief in a real change for climate politics. We have lost faith in our generation’s future. When adults do not act responsibly, we as an international youth movement perceive it as our duty to be the voice of reason.”

While it started with schoolchildren, the movement welcomes citizens of all age to participate. As such, it defines itself as “youth-led”. In France, a video by climate school strikers called on “high-school students, parents, teachers, citizens” to take part in the action.

In February, hundreds of academics urged UK schools to allow students to cut classes for the climate.