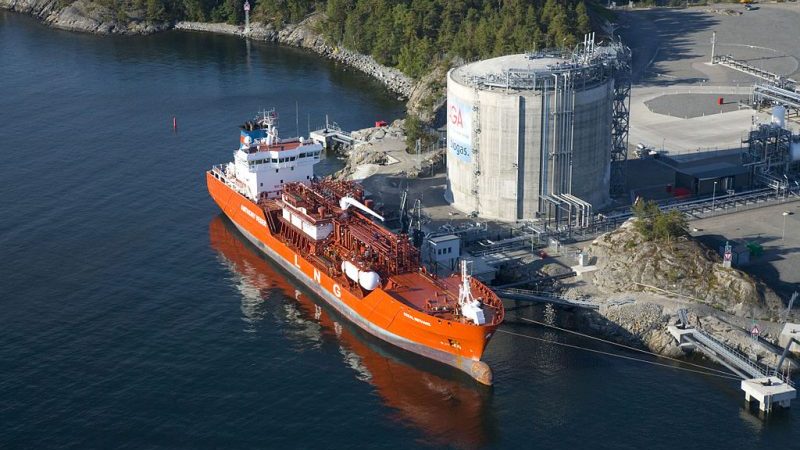 The European Commission, backed by 11 EU member states, refused to sign a declaration on “sustainable and smart gas infrastructure” tabled by the Romanian Presidency earlier this week because the text wasn’t ambitious enough on climate change, Euractiv has learned.

The declaration, which is available online, was inked by 17 EU member states plus Norway, Switzerland and Lichtenstein, at the conclusion of a two-day informal meeting of EU energy ministers in Bucharest on Monday and Tuesday (1-2 April).

But the Commission and 11 EU countries refused to sign it because the text did not make reference to a proposed EU target of reaching net-zero emissions by 2050, two diplomatic sources told Euractiv.

“We tabled amendments to reinforce the language related to the Commission’s long-term strategy” for climate change said one diplomat. “But because these amendments were not kept, we were a bit lukewarm,” the official explained.

Another diplomat from a country which did not sign the declaration was more straightforward. “For us, it lacks ambition,” the diplomat said, adding the declaration would have “undermined” the EU’s 2050 climate neutrality goal.

While the declaration does mention “climate neutrality” among the EU’s objectives, it does not make an explicit reference to 2050 as a deadline for achieving it.

“We don’t want to open the door to lower ambition for 2050,” the diplomat said in remarks that echoed divisions at a recent summit of EU leaders.

Anna-Kaisa Itkonen, the European Commission’s spokesperson for energy and climate policy, confirmed that “the Commission did not sign the declaration for the time being.”

While the declaration does aim to “maximise the potential of the gas infrastructure to reduce carbon emissions,” Itkonen suggested it did not go far enough in supporting the Commission’s long-term strategy, which encourages EU countries to aim for net-zero emissions by 2050.

“The European Commission is committed to the climate neutral vision,” Itkonen told Euractiv in e-mailed comments, adding that “the Commission’s vision intends to set a clear direction of travel” for achieving the targets from the Paris Agreement.

The Romanian presidency, for its part, tried to play down divergences, saying EU member states were still analysing the text and were free to sign up at a later stage.

“The declaration on Sustainable and Smart Gas Infrastructure represents an important base for the modernisation of the gas infrastructure with a view to accommodating growing shares of hydrogen and other renewable gases in support of the energy transition and of the Paris agreement,” the Romanian Presidency said.

The first diplomat was also quick to play down divisions among EU member states, saying the 2050 reference was the only real sticking point in the declaration. “It’s a question of wording,” he said. “There were things we wanted included in there, which didn’t make it in the final draft,” he explained.

The declaration itself says the signatories are “convinced that the gas infrastructure will have to play its role in the decarbonisation of the energy system, by preparing itself to transport growing shares of other gases than natural gas, such as hydrogen, biomethane, synthetic methane and by addressing the issue of vented and fugitive methane emissions.”

But Greens have warned that gas industry pledges to decarbonise and promote renewable and low-carbon alternatives were just an excuse to prolong fossil fuel operations for longer.

“There is a high risk that illusionary renewable gas scenarios never materialise and lead to either stranded assets or a high-carbon lock-in,” the Greens in the European Parliament warned in a paper this week.

In fact, the Greens and the gas industry may have more in common than they think. In a recent interview with Euractiv, gas pipeline operators said they were currently working on joint network plans with electricity operators, which include zero-emission scenarios for 2050.

“And that automatically means there will be no fossil gas in the mix by then,” said Jan Ingwersen, general manager of ENTSOG, the European Network of Transmission System Operators for Gas.

The European Commission, for its part, said it would not support new investments in gas infrastructure without a detailed analysis of the carbon reduction they can bring.

“We intend to analyse the potential role of the gas infrastructure in the future energy system, in order to transport and store near zero carbon hydrogen and renewable gases,” Itkonen told Euractiv.