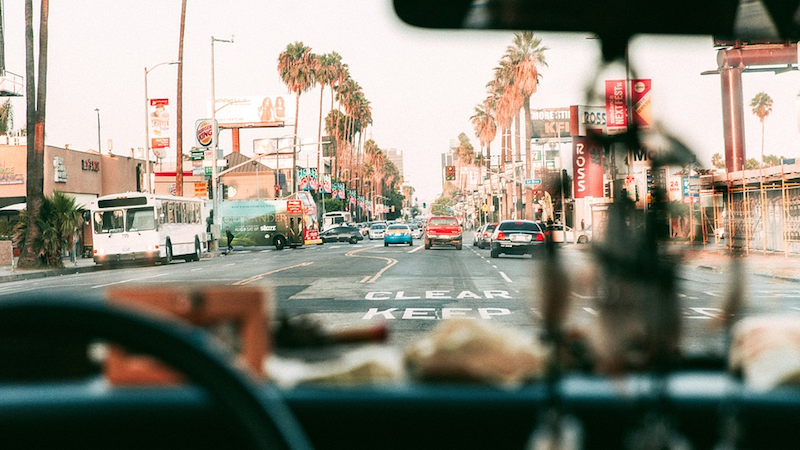 Los Angeles’ car-choked arteries will run clean within decades, according to a green reform package unveiled by mayor Eric Garcetti on Monday.

Speaking only a week after New York City mayor Bill de Blasio announced his own framework climate legislation, Garcetti presented plans to revolutionise local car culture and green the city’s buildings, which together account for three-quarters of LA’s emissions.

“Los Angeles needs to lead, but the whole world needs to act. This plan gives us a fighting chance,” Garcetti told the Los Angeles Times. “It’s sort of a ‘greenprint’ for every other city in the country and the world, hopefully.”

Mass transit expansion will also lower the number of miles spent in cars, 2000 less per year for the average driver by the mid-2030s.

Garcetti proposes to launch a regional advocacy campaign in 2021 to encourage car-sharing and inspire residents to walk as much as possible by making pathways more safe and promoting pedestrian-friendly design. The plan also calls to expand subway and light-rail, a year after the Metropolitan Transportation Authority gave the go ahead to a line snaking through the East Valley. By 2028, every resident ought to be able to access “high-quality mobility options within a 10-minute walk from home”. All buses will be electric by 2030, the plan claims.

Garcetti said he was aware that the plan was bound to face opposition, quipping that Angelinos “like the way they suffer in their single-passenger, stuck-in-traffic, gas-guzzling cars.”

The mayor also pledged to equip the entire building stock with zero-emission technologies by 2050, achieving carbon neutrality by 2030.

But climate activists from the Sunrise Movement Los Angeles said that the “plan for net-zero emissions by 2050” was “not a Green New Deal”.

“By the year 2030, we will reach a “point of no return” -  wherein planetary feedback loops driven by carbon emissions will propel beyond our control,” the group wrote on Medium on Monday. “Our city is on the brink of destruction, and it seems as if no one is listening. Our generation’s future, as well as the future of Los Angeles and of the world, depends on us reaching net-zero greenhouse gas emissions by 2030. This is not a goal  –  it is a deadline.”

The plan meant that Los Angeles was “on track to be twenty years too late”, the group said.

Instead, the group urged Garcetti to “stay true” to the Green New Deal resolution submitted by councilmember Nury Martinez in April, which urges the city to “create a Green New Deal that mirrors the principles and priorities of the national resolution”.

In contrast, the national resolution sets out to radically decarbonize the US economy through a series of 10-year goals. The nation would among others aim to get 100% of its power through renewable energy by 2030.