Comment: It’s time we heard more from those who will live longest with the climate crisis 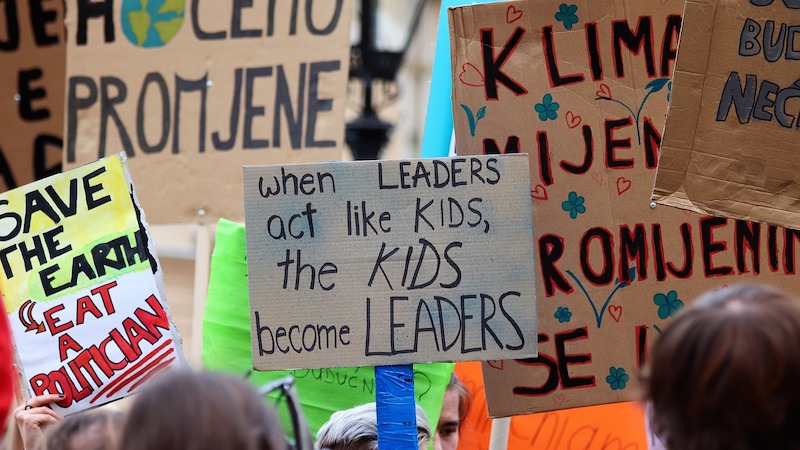 Over the coming weeks (or months – let’s see how it goes) Climate Home News will host reporting, personal reflections and commentary written by a group of young people who have inspired the world.

It’s normal for us to host commentary from activists. But this is something different. Something we would never normally do. It’s an open offer to a group to use our site as a platform to express their ideas.

We aren’t doing it because we endorse everything the school strikes or Fridays for Future movement says, does or calls for. We are doing it because it’s our job to bring you the full picture.

Climate change is the archetypal issue of intergenerational justice. As the population ages in many countries around the world, the balance of power between young and old is becoming increasingly skewed. Given the complexion of the media, it is fair to question whether their voices and interests are being represented here.

These young people have shown they are masters of disruptive forms of social media and protest. In March, just a few months after forming, they held a global strike that surpassed every organised climate rally held before it. They achieved this with no pre-existing organisational apparatus, real funding or control of traditional media platforms. They are worth listening to.

Until Russia allows us to rise together, I will strike for the climate alone

Working together has been a bit of a chaotic process. We have been trying to host video call editorial meetings with young people in more than a dozen countries. Hundreds of Whatsapp messages have flown around. Meanwhile they are facing the everyday pressures of being students – exams, parents, life.

I have learned a lot already from my interactions with this group. They are predictably passionate, articulate and well informed. But I have been surprised by their clarity. The climate crisis is often portrayed, in particular on this website, as a balance of political interests. A game being played out between powerful lobbies.

For those in school today, there’s nothing abstract about a potential sea level rise of two metres in their lifetime. We need to hear more from them because their perspective is one you cannot share if you were born last century.

We’ve started with a fantastic, brave piece of writing from Arshak Makichyan, who has been battling repressive Russian laws that forbid him and others from holding climate protests in Moscow.

Look out for more on this landing page. If you are a school striker or young person who would like to join the project, email me on ([email protected]).

All the comment pieces from school strikers so far: