Comment: The Beijing-headquartered development bank is skewed towards fossil fuels, when it should be helping poorer countries access clean renewable power 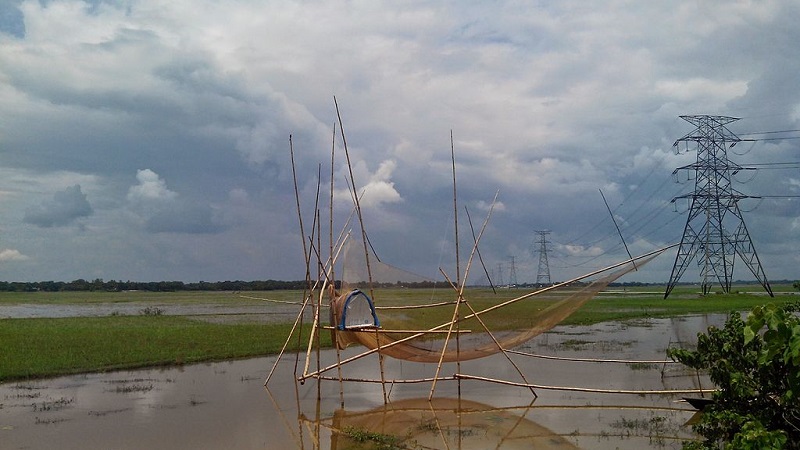 When the Asian Infrastructure Investment Bank (AIIB) opened up its doors in 2016 it was keen to promote its green credentials – including stating its support for the Paris Agreement on climate change, signed off only a few weeks earlier.

Yet in its fourth year in operation, it is becoming increasingly clear that its promises to take action against climate change have been left unfulfilled.

As the bank’s annual meeting kicks off in Luxembourg this week, the accolades have silenced, and instead a murmur of protest against its fossil fuels heavy portfolio is becoming louder.

The numbers speak for themselves. Out of just over $8 billion investments approved to date, the AIIB has put 20% into fossil fuels against just 8% for renewables. This excludes indirect financing through so-called financial intermediaries, such as private equity funds, which if included, would increase the fossil fuel numbers.

Low-lying and coastal, Bangladesh is on the front line of sea level rise and other climate change impacts. As a founding member of the Climate Vulnerable Forum, the country has been at the forefront of efforts to advocate for a recognition of 1.5C above pre-industrial levels as the maximum ‘safe’ limit to global temperature increases.

The government is also acting at home. For example, in 2008 it set a target to supply 10% of its energy from renewable energy sources by 2020.

A tenth of AIIB’s approved projects to date are in Bangladesh, all in the energy sector. But despite the country’s laudable ambitions to tackle climate change, the AIIB has so far not invested in a single renewable energy project.

A new report by Coastal Livelihood and Environmental Action Network (Clean), NGO Forum on ADB and BIC Europe reveals that the AIIB’s portfolio in Bangladesh instead is clearly biased towards fossil fuels.

Much of this is support for natural gas, including for Bhola IPP, a greenfield gas power plant, and indirect support through a financial intermediary goes to heavy fuel oil plants, too.

In its 2017 energy sector strategy, the AIIB argues that gas is a key component for some countries’ transition towards a low-carbon economy. Disturbingly, despite its ‘green’ rhetoric, the strategy does not actually rule out support for any type of fossil fuel, even coal.

With no renewable energy projects in its Bangladesh portfolio, the heavy focus on gas can’t just be explained as a ‘transition fuel’ – in fact it has become a dangerous distraction. Power purchase agreements between power plants, such as Bhola, and the Bangladesh government often stretch over at least 20 years. This goes well beyond 2030, when global greenhouse gas emissions should be cut at least 45% from 2010 levels to avoid “long-lasting or irreversible changes” to our planet, according to the Intergovernmental Panel on Climate Change.

The AIIB points to challenges with supporting renewable energy in Bangladesh, such as limited land availability and a lack of bankable projects. While the AIIB can only choose between projects put forward by the host country, it needs to do more to signal its interest in funding renewables and energy access for the poor to encourage the Bangladeshi government to propose these types of projects and not fossil fuel infrastructure.

Other multilateral development banks have done things differently. While there is still a long way to go, the World Bank and the Asian Development Bank support a renewable energy initiative which has installed almost 5 million solar home systems in the country. The programme has also helped women by training them as technicians for after sales services.

The review of the AIIB’s Bangladesh portfolio reveals other problems, too. Some of the local people have been pushed off the project sites, with little or no compensation. Project information has been difficult to access and some has been strewn with errors. Local communities have expressed significant concerns for the projects’ impacts on the local environment.

It would be easy to blame China, as home of the bank and the largest greenhouse gas emitter in the world. But Europe and other countries around the world play a part too. The annual meeting in Luxembourg, the first to be held outside of Asia, is a testament to this. European governments hold 22% of shares in the AIIB. Many of these governments have stringent commitments to move away from fossil fuels and some, such as the UK, have declared a climate emergency.

It is therefore not surprising that as delegates arrive, many European civil society activists are joining hands with their Asian counterparts, to send a loud and clear message that the AIIB must steer a clear path away from fossil fuels and start tackling the climate crisis.