Island leaders called out the banking of old carbon credits to meet future climate goals, a trick Australia is relying on in the absence of carbon-cutting policies 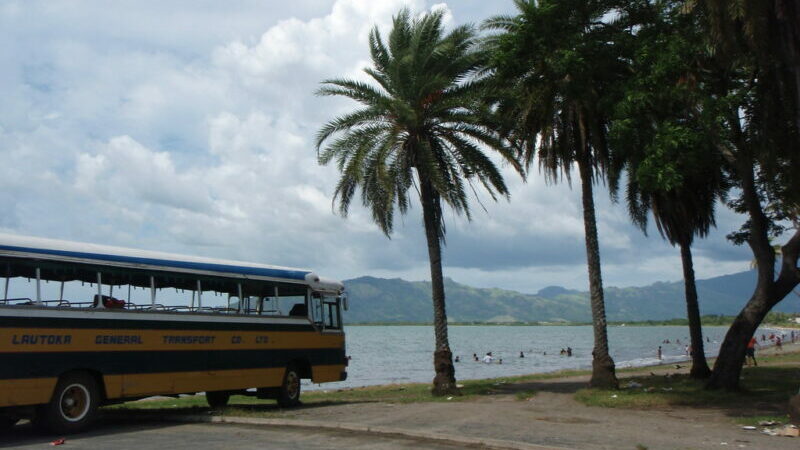 Pacific island nations have called out Australia for using Kyoto-era carbon credits to meet its climate commitments under the Paris Agreement.

The Nadi Bay Declaration signed on Tuesday effectively singles out Australia, the only country explicitly planning to use old credits as a shortcut to meet its 2030 climate targets.

Australia has pledged to cut emissions by 26% from 2005 levels by 2030 – a target it is not on track to meet, despite assertions to the contrary by prime minister Scott Morrison.

Russia and Ukraine have also left the door open to using carryover credits towards their Paris targets.

The credits were initially issued for Australia’s overachievement in meeting its 1997 Kyoto pledge. Using the credits to meet its commitments under the Paris deal would effectively lower the emissions reductions needed for Australia to achieve its 2030 goal and hinder ambitious action – on which the survival of low-lying Pacific islands depends.

The statement by Pacific leaders declared “a climate crisis in the Pacific” and called for “a paradigm shift” to articulate emissions cutting measures and adaption policies in a coherent manner.

It expressed “deep concern about the lack of comprehension, ambition, or commitment shown by developed nations”, calling on them to stop subsidising fossil fuel production and support climate finance for vulnerable countries.

Addressing the meeting, Fiji’s Prime Minister and chair of the forum Frank Bainimarama asked the world’s developed economies to increase their climate plans “including and most especially our larger neighbours in the Pacific”.

The statement and Bainimarama’s comments will be seen as a rebuke to Australia’s lack of carbon-cutting policies. It sets the scene for a tense meeting of the Pacific Islands Forum in a fortnight in Tuvalu, where Morrison is due to meet with other regional leaders.

Indeed, Australia’s emissions are on the rise with an increase of 0.7% between last December and March. Experts foresee that trend continuing, in the absence of new measures.

The islands’ declaration also calls on coal producers “to immediately cease any new mining of coal” and develop a strategy to phase-out coal production within a decade. Again, that challenges the pro-coal Australian administration.

In June, Morrison’s re-elected government gave the green light for Indian company Adani to begin construction on a coal mine in Queensland.

In an interview with ABC ahead of the Pacific nations’ development summit, Australian foreign minister Marise Payne said leaders “should be pleased” that the country was meeting its Paris commitments. “That is something that we are absolutely locked into doing,” she said.

This is not the first time Australia has been pressed to abandon its creative carbon accounting methods.

In a peer-review exchange in June about the performance of signatories to the Paris deal in meeting their climate targets, Canada and the EU raised concerns over Australia’s use of Kyoto credits to meet its 2030 target.

Australia insisted it would use the credits.

With the EU currently negotiating a free trade deal with Australia, some experts have suggested it could be a lever to demand stronger climate action.

Brussels has made implementation of the Paris Agreement a condition of all new trade deals, but it remains to be seen how strictly it will be enforced.