The window to save Arctic sea ice is rapidly closing

Sponsored content: At current rates of carbon dioxide emissions, the Arctic will be ice free in 10 to 30 years 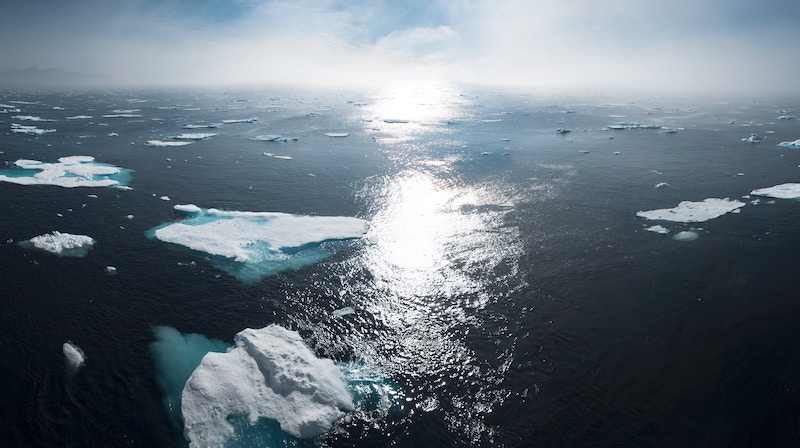 Arctic sea ice melt has been attracting the attention of media correspondents which has, until recently, been tracking record annual lows this summer.

But is this a major climate event? Researchers Dirk Notz and Thomas Lavergne from the ESA Climate Change Initiative discuss.

At just below 5 million km2, the area of polar sea ice, also known as sea ice extent, has been on par with 2012, the year of the lowest sea ice extent observed over the four-decade satellite data record (see Figure 1).

Both researchers agree that although the low of polar sea ice levels seen this year are a concern, attention should focus on the more worrying decade-by-decade decline.

Dr Notz explains: “Prevailing weather conditions play a major influence in determining the state of Arctic sea ice and accounts much of the year-to-year variability. The minima of 2012 for example followed a period of low-pressure systems and rough seas which broke up the ice pack to accelerate melting.”

Scientists will be monitoring the situation day by day over the coming weeks, but Dr Notz argues that, “the serious decline in Arctic sea ice area is much more significant and should be the greater focus for decision makers”.

Polar sea ice plays a critical role in the Earth’s climate, with its bright surface reflecting sunlight, like a giant mirror. As the area covered with sea ice falls, more of the heat energy is absorbed by the darker ocean, which in turn contributes to the region’s higher than average rate of warming.

Sea ice extent is best measured with earth observation satellites. Across the whole satellite record, these space-based observations show that Arctic summer sea ice extent has decreased by half. Falling from 8 million km2 during September in the late 1970s to about 4 million km2, its lowest extent, during 2012 (see Figure 2).

This dramatic trend towards lower summer sea ice extent provides one of the clearest indications of change in earth’s environment.

Europe, through ESA’s Climate Change Initiative Sea Ice project and the Eumetsat OSI SAF, plays a key role in monitoring Arctic sea ice by generating long-term datasets from satellite observations. These data are key to enabling the science community to evaluate and improve the accuracy of climate model predictions and to monitor change and assess trends with greater confidence.

“The relationship is linear, with three square metres of Arctic sea ice lost for every tonne of carbon dioxide emissions,” he adds.

Using model results to extrapolate this historical relationship into the future, he explains that, “summer sea ice will be completely lost in the Arctic Ocean throughout August and September for an additional roughly 800 gigatonnes of anthropogenic carbon dioxide emissions”.

His results show that the time window to preserve ‘year round’ Arctic sea-ice cover is closing very rapidly.

“Given today’s emission rate of about 40 gigatonnes of carbon dioxide per year, the Arctic Ocean is expected to be ice free in 10 to 30 years’ time.”

In light of this relationship, the work, underpinned by space-based remote sensing, emphasises the importance of limiting future carbon dioxide emissions below the 2C Paris Agreement global warming target.

Research, ongoing as part of the ESA Climate Change Initiative’s Sea Ice project is extending the length and spatial resolution of the existing satellite dataset. The Sea Ice project team is currently developing algorithms to incorporate pre-1979 data from the ‘precursor’ Nimbus 5 satellite and will then focus on incorporating high frequency microwave satellite data to refine the current product’s 25-50km resolution.

Science leader for the CCI sea ice project, Thomas Lavergne explains: “Extending the climate data record prior to 1979 will enable the science community to assess changes with even greater confidence. Also, the reduction of sea-ice cover is well monitored at a large scale, but to understand and model how different regions and sub-regions of the Arctic change, we must improve the spatial resolution of the data records. None of this is straightforward, so we have some interesting science to do in the next couple of years.”