Comment: Latin America and the Caribbean inspire with leadership by example as millions march for urgent action worldwide 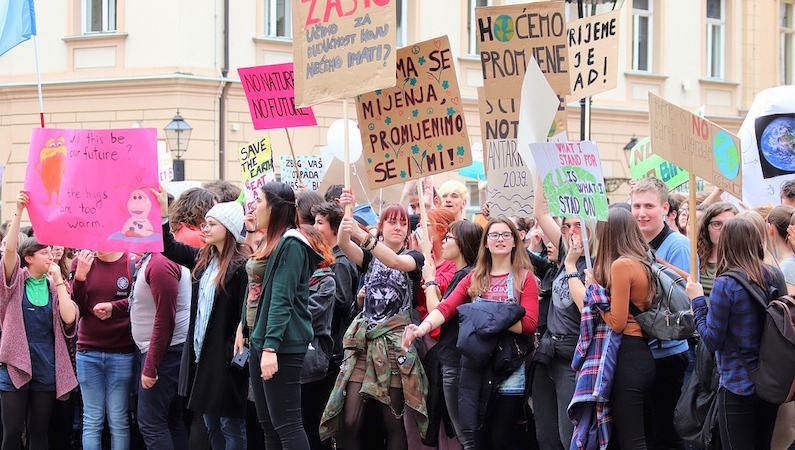 Millions have taken to the streets in Fridays for Future school strikes (Image: Pixabay)

By Amal-Lee Amin and Monica Araya

Greta Thunberg, the Swedish activist, was right: people stood for the climate in every continent, even in Antarctica.

Today the spotlight shifts from the streets to the UN Climate Action Summit in New York convened by the UN Secretary General, António Guterres. The big question is: will leaders put forward the bold commitments that are needed?

People demand action. Many fear catastrophic weather events. Only this month The Bahamas and Southern Spain were the latest to be devastated. Mr Guterres grasps the imperative and has surprised some by making concrete asks: no more coal plants after 2020, tax pollution, end public fossil fuel subsidies and announce plans to reach carbon neutrality by 2050.

It is a now or never moment. Governments, cities and the private sector have 15 months to define what they will do – or not – to help steer the world away from our current trajectory, which could see dangerous levels of heating of 3 degrees Celsius by the end of the century.

What is the UN climate action summit?

One of the cultural challenges is the disconnect between our daily lives and the timeframes of climate science reports referencing midcentury and 2100. Young people will still be alive and are furious that their future is at extreme risk and reject this broken inheritance.

In terms of Latin America and the Caribbean’s historical emissions, it has contributed relatively little to the climate crisis, yet many acknowledge that the time has come to act. The region is already suffering more intense extreme climate events, and future impacts look bleak.

LAC countries are joining initiatives to enhance their national climate plans and to align them with long-term decarbonisation strategies. The Inter-American Development Bank is helping build capacity of local modellers in Argentina, Chile, Costa Rica, Colombia, Ecuador, Mexico and Peru on the design of decarbonisation plans and facilitating engagement with decision-makers to insert this local know-how into long-term strategies.

At the Summit, we expect the Presidents of Chile and Costa Rica to call for greater ambition and highlight the benefits of renewable energy and electric mobility, as well as nature-based solutions, which are essential to increase resilience to climate impacts.

We also expect to see Colombia and Peru highlight the importance of enhancing cooperation to protect the Amazon and its inhabitants following efforts by Colombia to bring together six Amazonian neighbours to sign the Leticia Pact to achieve that goal. Caribbean nations such as Jamaica, Saint Lucia and Barbados will also showcase their efforts to unlock private sector finance to boost climate action and build resilience to climate impacts.

Later this year Chile and Costa Rica will host COP25 and the pre-COP and are leading by example with plans to become carbon neutral by 2050. On Friday, Costa Rica was named “Champion of the Earth” by the UN for its plan to decarbonise.

By 2020, governments must present revised and enhanced commitments as part of the first 5-year cycle set out under the Paris Agreement to scale up ambition. The UN Climate Summit will intensify diplomatic efforts to ensure ambition continues to rise from New York through COP25 in Santiago and Glasgow’s COP26 next year.

Many countries in the LAC region have yet to signal when they will revise their climate goals. The progress we are seeing in many sectors provides grounds for increasing ambition. The rapid shift to sustainable mobility in Santiago de Chile surprised many with its fleet of around 400 electric buses. Other cities such as Cali, Medellin and Panama City are following suit; and Bogota aims to have nearly 600 electric buses in 2020.

There is progress in the financial sector, as demonstrated by the launch of Chile’s sovereign green bond. The first of its kind in the Americas, it came in at an historic low interest rate and was 13 times oversubscribed, underscoring the appetite for such offerings. We are also seeing how innovative approaches towards low-carbon agriculture in parts of Brazil and Central America can increase agricultural productivity whilst reforesting degraded land.

These inspiring stories from the region are often missed in the rollercoaster news cycle. That is why it’s important to tell the positive experiences of how decarbonisation works in practice. Efforts are underway to increase the visibility of change makers. The “Ponerse las Pilas” podcast, for example, tells the real-life stories of decarbonisation: From the first woman training electric buses drivers in Panama to pioneering efforts to develop the hydrogen economy in Latin America, which BID Lab, the innovation laboratory of the IDB Group, is supporting to help take to scale.

Greta and the millions of people marching across 163 countries provide an inspiring reminder for Latin America and the Caribbean that no country is too small to contribute towards this great transformation. On Monday we will see which countries are ready to take that stand.