One of four countries that had blocked attempts to set a 2050 deadline for decarbonisation switched, while Poland said goal was “not possible and not feasible” 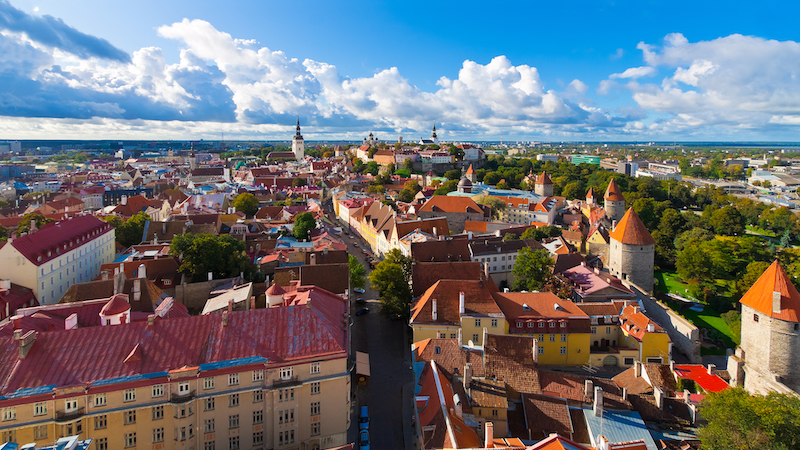 Estonia has joined a group of 24 European countries in favour of cutting emissions to net zero by 2050, the country’s prime minister Jüri Ratas announced on Thursday.

Prime minister Ratas said the Estonian government unanimously supported the EU target, adding that supporting a European green deal was “the EU’s most important strategic goal for the future”.

Estonia was one of four hold-out countries which blocked an EU-wide agreement for a carbon neutrality by 2050 target last June. Poland, Hungary and Czech Republic have not yet agreed to the EU’s long-term decarbonisation goal.

The EU Commission has repeatedly insisted the bloc would agree on the climate neutrality goal by early next year. At the UN climate action summit in New York last week, EU Council president Donald Tusk said it was “a matter of little time before all EU countries subscribe to [the goal]”.

EU Commission president-elect Ursula Von der Leyen, who is taking office next month, pledged to propose a ‘European green deal’ and a climate neutrality law her first 100 days in office – these will need the support of all EU member states.

A Clean Planet for All and supporting Green New Deal is EU’s most important strategic goal for the future. Glad to say @EstonianGov unanimously supported reaching climate neutrality in EU by 2050 today.

Rata announced the news on Twitter in the middle of a three-hour hearing of the country’s former minister of economic affairs and infrastructure Kadri Simson in front of European lawmakers. Simson was answering questions from MEPs after being nominated for the post of EU commissioner for energy.

Welcoming the news, outgoing EU commissioner for energy and climate action Miguel Arias Cañete thanked the Estonian government for its support for carbon neutrality and congratulated both Ratas and Simson for their “commitment and determination to push for a fair, secure and competitive clean energy transition”.

However, Simson did not convince all MEPs of her climate credentials and some left-leaning lawmakers signalled they wanted her to answer additional written questions as part of the vetting process.

This week, Poland gave no signal it was ready to join Estonia in embracing the net zero emissions target. Energy minister Krzysztof Tchorzewski told state run new agency PAP the prospect of a carbon-neutral Poland by 2050 was “a fantasy”. Tchorzewski estimated Poland would need up to $980 billion to finance the transition to a net-zero emission economy.

Poland’s chief strategic energy adviser Piotr Naimski also told the Financial Times, that it was “not possible and not feasible” for the country to cut emissions to net zero by 2050 and that coal would still generate up to half the country’s electricity by 2040. Poland currently generates around 80% of its electricity from coal.

Naimski suggested that Poland would prioritise energy security and reducing its dependence on Russian energy imports over meeting the EU’s 2050 target – a choice which will make it difficult for the EU Commission to bring Poland on side.