Indigenous communities are at the forefront of climate resilience 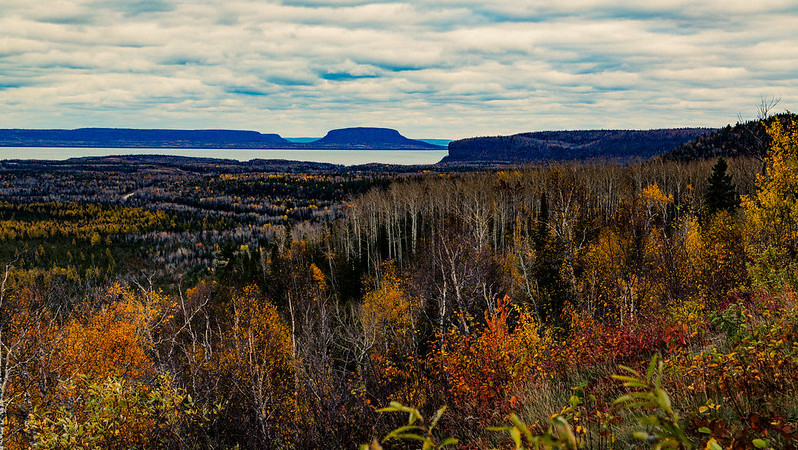 The impacts of climate change on Indigenous peoples are wide and immediate.

Indigenous land encompasses about 22% of the world’s surface and overlaps with areas that hold 80% of Earth’s biodiversity.

Hunters, fishers, herders, farmers, and wild harvesters, indigenous communities depend intimately on this ecological richness for their economic, social, and cultural well-being. This makes them especially sensitive to the effects of extreme weather events such as floods, droughts, heatwaves, wildfires, and cyclones. And at the same time, it makes them powerful actors in the fight against climate change.

For Indigenous peoples in eastern Canada, rising sea levels have led to the salination of freshwater, which in turn affects food security and traditional medicines. In the north, temperature rise has seen disappearing ice roads not only threaten transport systems, but also create profoundly negative impacts on the mental health of increasingly isolated communities.

Additionally, through colonisation, “communities were rounded up and put onto reserve systems,” said Eriel Deranger, executive director of Indigenous Climate Action (ICA). “Climate change has not just destabilised the local biospheres, it’s led to communities needing to move, but because of colonial structures, we’ve been unable to move our communities.”

To combat this “underpinning of imbalance,” Deranger believes that Indigenous knowledge must be at the centre of the climate action discussion. “Many of the richest biodiverse regions are protected largely in part because of the resistance by Indigenous communities to those regions,” she said.

It is a close relationship with the environment, and deeply spiritual, cultural, social, and economic connections with that environment, that makes Indigenous peoples uniquely positioned to anticipate, prepare for, and respond to the impacts of climate change.

Indigenous science is based on building deep, long-term connections with the natural world. “You learn to have a different relationship with the environment, it exposes to you a different way of seeing and relating to the world,” Deranger said.

“It’s critical to have that lens,” she added. “Without that connection to the natural world, we’re doomed to repeat this again.”

The ICA works across Canada to raise Indigenous voices on climate change and is currently developing a toolkit to help Indigenous communities plan climate action together. “The best way for us to build the capacity of our people is through gatherings. It’s part of our cultural makeup, we ground a lot of our work in creating space for gatherings to foster a network of indigenous climate champions,” said Deranger.

Using the toolkit, ICA and its local partner group Dene Nahjo are working with Arctic Indigenous communities to host dialogues and gatherings to build community-driven plans for climate action. The workshops are designed to highlight the importance of the unique Arctic knowledge held by the Dene and other Northern peoples. They also centre Indigenous peoples’ rights and values in developing climate solutions.

In other places across the world, Indigenous knowledge has been effective in developing measures to cope with climate hazards. For example, Inca traditions of crop diversification to strengthen knowledge of genetic diversity and, in the Sahel, the use of water-harvesting strategies and weather forecasting.

“Indigenous peoples are repositories of learning and knowledge about how to cope successfully with local-level climate change and respond effectively to major environmental changes such as natural disasters,” said Myrna Cunningham Kain, chair of the Pawanka Fund.

The Pawanka Fund helps communities across the world to build resilience by promoting and supporting the participation of Indigenous peoples in public policies, strategies, and other decision-making spaces. They also fund Indigenous-led plans and projects for adaptation to and mitigation of climate change.

With funding from the Climate Justice Resilience Fund, they are conducting two special calls for proposals on Indigenous-led approaches to resilience during 2019 and 2020. The fund has a transformational vision for these calls.

“Resilience is no longer just about absorbing shocks, but also about harnessing the changes triggered by external stresses to catalyse the evolution of the social-ecological system in question,” said Cunningham.

“Indigenous knowledge is key in building climate change resilience because it includes the interrelationship between diverse aspects: human being, Mother Earth, and cosmos,” she added. “Indigenous peoples have been living in the same territories and ecosystems for centuries and are the best experts in knowing environmental cycles and processes.”