Greenpeace says it will appeal to the Supreme Court, arguing oil exploration violates Norway’s constitutional guarantees of a healthy environment 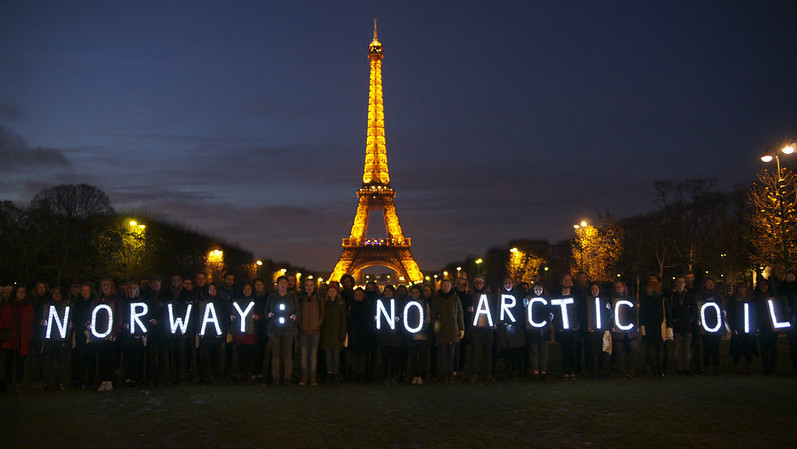 The judges said that courts should be cautious about intervening in decisions made by the government and parliament in line with existing laws. (Photo: Helene Lind Jensen /Flickr)

An Oslo appeals court endorsed on Thursday Norway’s plan for new oil and gas exploration in the Arctic despite environmentalists’ arguments that it will breach constitutional safeguards for nature by stoking climate change.

The lawsuit, launched in 2016 by Greenpeace and Nature & Youth, is part of a mounting trend around the world of plaintiffs turning to the courts to combat global warming and to enforce the 2015 Paris climate agreement.

“The appeal is rejected,” the three-judge panel in the Oslo Court of Appeals ruled, upholding a lower court ruling in 2018 that approved the Conservative-led government’s permits for exploration drilling in the Barents Sea.

Greenpeace said it would appeal to the Supreme Court and said the ruling included glimmers of hope. Article 112 of Norway’s constitution speaks of a right to a healthy environment for future generations.

“We are happy. It’s a big step forward for us,” head of Greenpeace Norway Frode Pleym told Climate Home News.

Pleym especially welcomed a part of the ruling that greenhouse gases from burning Norway’s fossil fuels abroad should be included in assessing any environmental damage.

That overruled the lower court’s verdict that only local emissions, from exploration and production, should be taken into account in judging harm. Norway is western Europe’s biggest oil and gas exporter.

Overall, however, the Appeals Court backed the government’s approval of exploration licenses, awarded to Equinor, Chevron, Lukoil, ConocoPhillips and others.

The judges said that courts should be cautious about intervening in decisions made by the government and parliament in line with existing laws.

They also said it was uncertain whether exploration in the Arctic would lead to any new oil or gas finds and that any emissions would be regulated by carbon markets.

Ernst Nordtveit, a law professor at Bergen University, ruling and predicted that the Supreme Court would also reach a similar conclusion if it takes up the case in coming months.

“There is a high threshold for the court to intervene in political decisions in such a complex area,” he told CHN.

The environmental groups argue that any new oilfields in the Arctic would take years to develop and keep pumping for decades, undermining Norway’s pledges to slash greenhouse gases as part of the 2015 Paris Agreement.

There are now 1,143 climate lawsuits in the US s and 319 cases in other nations, according to databases maintained by the Sabin Center for Climate Change Law at Columbia Law School and Arnold & Porter.

Among the most high profile rulings, the Dutch Supreme Court in December 2019 said the government had done too little to fight climate change. It ordered the government to slash emissions by at least 25% from 1990 levels by the end of 2020.