UN says some countries will only submit climate action plans in the last quarter of 2020, giving less time than hoped to take stock before Cop26 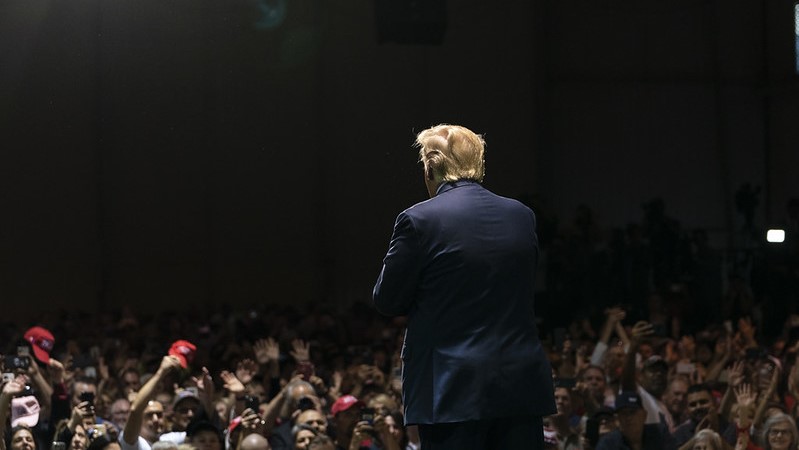 The outcome of the US election could send shockwaves through the climate diplomacy process as countries are expected to submit new climate plans by November. (Photo: Shealah Craighead for White House/Flickr)

Legal ambiguities in the Paris climate agreement and uncertainties about the US presidential election may encourage some governments to sit on the fence until late 2020 to decide on climate action for the coming decade.

In the worst case, governments could wait until after a critical climate summit in Glasgow in November, known as Cop26, widely billed as a test of global ambition to address global warming at the first five-year milestone of the 2015 Paris Agreement.

Under the Paris Agreement, countries have agreed to update their climate plans to limit global warming “well below 2C” above pre-industrial times. There is stark scientific evidence and growing international pressure for this to happen this year.

The United Nations has called for steep cuts in greenhouse gas emissions as early as possible in 2020 to help limit global warming to 1.5C – the tougher Paris goal.

But it is now adjusting to the idea that submissions of some countries’ climate plans, also known as Nationally Determined Contributions (NDCs), will come late in the year.

“We are aware of the fact that some NDCs may likely be submitted in the last quarter of the year so we are adjusting our work to this reality,” the secretariat told Climate Home News in an emailed response to questions.

So far, only three nations – the Marshall Islands, Suriname and Norway – have submitted enhanced climate plans to the UN. They represent 0.1% of global emissions.

The 2015 Paris texts are ambiguous and merely request countries to communicate or update their climate plans “by 2020”, not “by the Glasgow summit” which lasts from 9-19 November.

Legal scholars says that “by 2020” in UN texts could mean by 31 December. And the US election on 3 November will shape the climate policies of the world’s biggest economy, with repercussions worldwide.

President Donald Trump is pulling the US out of the Paris Agreement, with the withdrawal taking effect on 4 November, but all the Democratic hopefuls have pledged to immediately rejoin.

With global politics not favourable to greater climate ambition, the election of a Democrat to the White House could send shockwaves through the climate diplomacy process.

Bernie Sanders is pledging a massive $200 billion to the Green Climate Fund, which helps developing nations cope with climate change, against $0 by Trump.

The full implementation of many vulnerable countries’ climate plans are dependent on receiving climate finance. That could encourage some nations to sit on the fence in defining their plans until after the US election.

At the last climate talks in Madrid in December, Sue Biniaz, the state department’s lead climate lawyer for the four administrations before Trump’s and a key architect of the Paris accord, told CHN “there is a timing issue with 2020” being both the year of the US election and when countries are expected to ramp up ambition.

“It if matters to countries what the US does [in the election]… do they take on a higher target kind not knowing, do they wait and see if the US is going to turn Democrat…? In some ways, I wish we had picked 2021 [for raising ambition] in 2015 because we would have more clarity on that issue.” she said.

But some environmental experts say the US election may be of scant concern to most developing countries.

“My own sense is that countries will decide to submit or not submit their revised NDC at Cop26 based on their own political circumstances rather than trying to second guess US election results,” said Saleemul Huq, director of the International Centre for Climate Change and Development at the Independent University, Bangladesh.

For now, the hope is still that most nations will issue their plans in advance of the Glasgow summit – a key political moment when countries are under pressure to step up to the science and people’s demand for greater action to curb emissions.

Christiana Figueres, an architect of the Paris Agreement who headed the UN Climate Change Secretariat, said the risk that some countries will wait until after the US election, perhaps even until December, to communicate new or updated climate plan “is a possibility, but I don’t think so.”

Countries planning tougher action “are going to submit with or without the United States,” she told CHN.

“They know what the right thing is to do by the planet, and also by the stability of their economy … they are not playing this comparison game and looking over their shoulders,” she said.

However, the timing of major economies’ submissions of new or updated climate plans to the UN will largely underpin this year’s momentum for action.

Countries’ current climate plans put the world on track for 3C of warming or more by the end of the century, according to the UN. That will cause ever more severe disruptions to water and food supplies with more heatwaves, floods and rising seas.

UN Environment warned cuts in emissions of 7.6% a year will be needed over the next decade to get on track to limit warming to 1.5C. Failing to take ambitious action in the 2020s, could make the 1.5C goal slip out of reach.

Among the largest emitters, no-one is willing to move first or alone – making dialogue between great powers vital. In 2014, a US-China agreement to curb emissions preceded the adoption of the Paris Agreement a year later.

At an EU-China summit in September, the EU is hoping to engage Beijing in a race to the top to ensure global action to curb emissions remains meaningful even without the US on board.

Much hopes ride on the expectation that both sides can agree to enhance ambition – a move that could unlock confidence for greater action.

In a statement signed of the sidelines of the G20 last year, China committed to “update” its climate target “in a manner representing a progression beyond the current one” but fell short of saying when.

Earlier this week, 12 European ministers wrote a letter to the EU Commission’s climate chief Frans Timmermans, urging him to present plans for a new 2030 climate target by June 2020, three months earlier than the Commission’s proposed date of September. This, they said, would enable to align EU policies with this year’s global timetable for action.

The EU Commission plans to explore options to increase its 2030 goal to cut emissions by 50-55% below 1990 levels, against current commitments of 40%.

The announcements of the UK’s own climate plan will also be key to set the tone ahead of the Glasgow summit and leverage greater action overseas.

The UK said it will come forward with an increased climate plan this year, “in good time ahead of Cop26“.

UN Climate Change told CHN submissions of countries’ climate plans several months in advance of Cop26 would allow time for a deep analysis of current commitments and how they will affect global climate policies.

“The alternative to a deep quantitative analysis would be an overview of NDCs, which the secretariat could prepare in a month or so,” it said in an email.

UN Climate Change said it expected climate plans to be submitted before Cop26, noting the decision at the last climate talks in Madrid for the UN body to prepare a synthesis report for the Glasgow summit.

Sveinung Rotevatn, Norway’s minister of climate and environment, said he was disappointed that so few nations had met a symbolic deadline of 9 February 2020 to submit their plans.

“However, this is not a surprise,” he told CHN. Among others “We knew that … the European Union needs more time to land its process, but that they will before Glasgow,” he said. “We hope most countries will submit in the months to come – at the very latest before the Cop in Glasgow.”

Norway has argued that the Paris Agreement laid an obligation on countries to submit new, upgraded plans by 9 February, based on a paragraph in the Paris decisions requiring plans to be submitted nine months before a Cop held at five-yearly intervals after Paris.

Many other nations reckon the deadline was not binding, partly because other documents say the Paris agreement was due to formally start in 2020, meaning new pledges will be due in 2025, 2030, 2035 and so on.

This year, it may be enough for countries that already have goals for 2030 to reaffirm plans submitted in 2015.