The move puts Britain’s economic interests abroad above efforts to eliminate poverty and protect the most vulnerable, experts warn 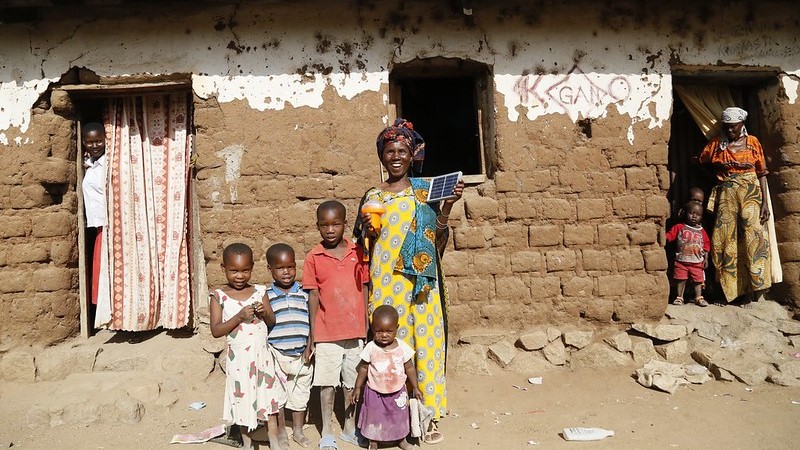 Climate finance is at risk of becoming politicised by a merger between UK international development and foreign affairs ministries, aid experts have warned

Prime Minister Boris Johnson announced the closure of the Department for International Development (Dfid) and the creation of a new Foreign, Commonwealth and Development Office during a parliamentary session on Tuesday.

Johnson told British lawmakers the coronavirus pandemic has shown the “distinctions between diplomacy and overseas development are artificial and outdated”.

His words have sparked concern international aid could be diverted from the most vulnerable countries, which are faced with intensifying climate impacts, to middle-income countries better placed to advance the UK’s interests overseas.

The UK has the third biggest aid budget in the world. Last year, the government committed to double its contribution to international climate finance to $11.6 billion between 2021 and 2026.

The debate about whether foreign aid serves UK interests has been long running within Johnson’s Conservative party. He promised to use it to “maximise our influence” while maintaining a commitment to spend 0.7% of national income on aid.

The new department, to be established in early September, will be led by the UK’s foreign secretary Dominic Raab. He is to decide which countries will receive or cease to receive British aid, according to a single strategy for each nation.

Saleemul Huq, director of the International Centre for Climate Change and Development at the Independent University, Bangladesh, told Climate Home News the merger would “subordinate development assistance and climate finance to foreign policy”. This at a time when the UK is courting the world’s largest economies, including the US, for free trade deals after it leaves the European Union.

Mohamed Adow, director of Power Shift Africa, a climate and energy campaign group based in Kenya, said the merger “looked like an attempt to allow money designed to be spent on the poorest people… to be used to oil the wheels of Britain’s post-Brexit trade deals and shore up its overseas security interests”.

“Africa is already suffering the brunt of the climate crisis, a crisis caused by industrialised nations like the UK,” he told CHN. “The UK’s wealth has been built on the resource extraction of Africa from Britain’s colonial past. This plundering and enslavement has held the continent back and is partly why African countries now need development aid.”

Sara Pantuliano, chief executive of the independent think-tank Overseas Development Institute (ODI), said aid “must not be politicised” and that an independent minister for international development reporting to the highest level of government enabled accountability.

“The government should be focusing on helping poorer countries to weather the [Covid-19] crisis and solving mounting global challenges like climate change rather than rearranging the bureaucratic furniture,” she said in a statement.

Concerns have also been raised about the Foreign Office’s track record of managing development projects.

Kevin Watkins, chief executive of Save the Children, warned the UK’s foreign office had “no track-record in delivering results or transparency”.

How about this for an idea: wait for a pandemic that threatens to reverse hard-won gains in child survival, poverty and education, then merge the world’s leading aid agency (DFID) with a FCO that has no track-record in delivering results or transparency. Bad decision

Leonardo Martinez-Diaz, former USAid policy director and director of the World Resources’ Institute’s Sustainable Finance Center, said the UK’s foreign aid agency had “set the gold standard for how bilateral aid should be done. This marks the end of an era.”

No fewer than three former UK prime ministers spoke out against the move, in a break from convention.

In a statement, former Labour PM Gordon Brown said Johnson was “abolishing one of the UK’s great international assets” and an agency that had become a world leader in providing development to vulnerable countries facing climate impacts.

“Unlike diplomacy, which often depends on secrecy and thus leaves scant audit trails, development efforts demand transparency, and are most effective when subjected to external scrutiny,” he wrote.

Tony Blair, whose Labour government created Dfid in 1997, slammed the decision as “wrong and regressive”.

In an extraordinary rebuke to his own party, Conservative ex-PM David Cameron agreed the decision was a “mistake”. “More could and should be done to co-ordinate aid and foreign policy but the end of Dfid will mean less expertise, less voice for development at the top table and ultimately less respect for the UK overseas,” he said in a tweet.

The timing of a complex exercise in government restructuring in the middle of a global pandemic has also been criticised as out of touch with people’s concerns.

Opposition leader Keir Starmer accused the prime minister of a “poor attempt at distraction” from news the economy contracted by an unprecedented 20% in April and the UK had the world’s third highest death toll from Covid-19.