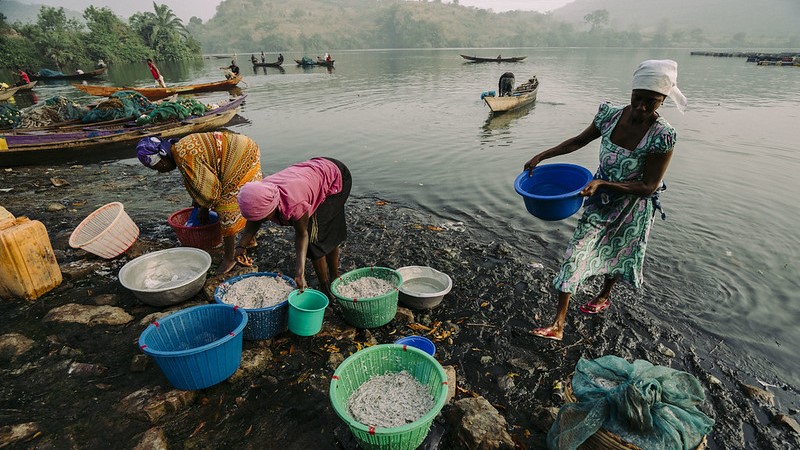 Over the last decade, governments have failed to meet any of the internationally agreed 2020 goals to halt plant and wildlife loss, according to a leaked UN draft report.

A draft version of the fifth edition of the Global Biodiversity Outlook, seen by Climate Home News, reported that none of the 20 Aichi biodiversity targets set in Japan in 2010 have been fully met.

It identified failure to account for the role of women as a significant barrier to progress, along with funding shortfalls and harmful subsidies.

Prepared by the UN Convention on Biological Diversity (CBD), the report provides a summary of the state of nature and biodiversity worldwide.

The final report is due to be released next Tuesday after being reviewed by negotiators, with reflections on the way forward and how Covid-19 recovery packages could help achieve biodiversity goals.

It comes as governments are preparing to adopt a new set of biodiversity targets beyond 2020 in Kunming, China. The summit was due to take place in October 2020 but has been provisionally rescheduled to May 2021 because of Covid-19. A proposal to protect at least 30% of the world’s land and seas has formed the basis of the negotiations.

Observers to preparatory talks expressed concerns little progress has been made on mobilising finance to meet the new goals, and fear a repeat of the Aichi failure if more resources are not pledged.

The draft report assessed progress towards meeting each element of the Aichi targets. Among the 44 sub-targets assessed, 20 are ranked as “poor”, 19 as “moderate” and only five as “good”.

It found that biodiversity is not yet being brought into mainstream decision-making, harmful subsidies have not been removed on a meaningful scale and biodiversity continues to decline in places used to produce food and timber.

The loss and degradation of habitats “remains worryingly high,” it said, including in primary forests and wetlands. Last year, a major scientific report by the Intergovernmental Science-Policy Platform on Biodiversity and Ecosystem Services (Ipbes) warned species extinction was accelerating, with ecosystems deteriorating at rates unprecedented in human history.

Although most countries have adopted national targets in line with the Aichi goals, “the collective ambition of national targets does not add up to the global ambition” and data gaps remain in biodiversity-rich developing countries, the draft added.

For example, a study of 106 small-scale fisheries worldwide found the harvesting of clams and other invertebrates by women had been largely ignored, leading to underestimation of the total catch and of the species targeted by fishers.

“The essential role of women in underpinning actions for conservation and sustainable use of biodiversity have been consistently undervalued,” the report concluded.

Conversely, a programme in Niger to improve agricultural productivity and rehabilitate land that targeted women as well as men was highlighted for showing good results. The region saw the gradual return of wildlife such as rodents, birds, reptiles and mammals.

Unless gender issues better inform future policy decisions, it could undermine long-term efforts to halt the decline and extinction of species and allow ecosystems to recover by 2050, the report said.

Meanwhile, financial resources for implementing the Aichi goals have increased but remain “inadequate” and funds are “especially lacking in those countries richest in biodiversity and in threatened species”.

The CBD warned that failure to meet the Aichi goals threatened the achievement of the 2030 sustainable development goals and could undermine efforts to curb greenhouse gas emissions. Nearly a third of emissions cuts required to meet the Paris Agreement goal of limiting global warming “well below 2C”  could come from nature-based solutions, it said.

It is not too late to reverse the trend if conservation efforts are scaled up and protected areas expanded, the draft said. However, it will require “a reinvention of the ways in which we collectively produce, consume and live”.