After a virtual summit with the EU, China trailed plans to go carbon neutral by mid century, in a move welcomed by climate advocates 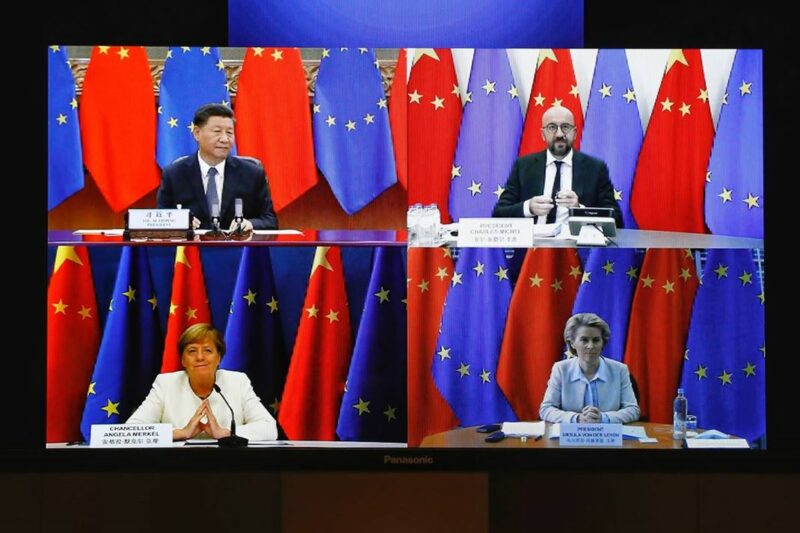 The statement by the world’s biggest polluter has been hailed as a milestone by climate advocates, who say that China raising its ambition is critical to the success of next year’s Cop26 UN climate summit.

“China is willing to contribute more and we are now considering and studying a mid-century long-term vision for climate change, including such issues as the peaking of carbon dioxide emissions and carbon neutrality,” foreign ministry spokesperson Wang Wenbin said at a press conference on Tuesday, a day after China took part in a virtual summit with EU leaders.

At the summit on Monday, EU leaders pushed China to aim for climate neutrality by 2060 or face punitive carbon tariffs.

“China is a key global partner in reducing global greenhouse gas and tackling climate change. And we encourage China to be even more ambitious. The EU is setting the bar high — carbon neutrality by 2050,” European Council President Charles Michel said following the meeting.

China’s announcement follows the EU Commission’s proposal to raise the union’s emissions reduction target to at least 55% compared to 1990 levels – up from 40% currently – by 2030. Brussels hoped to broker a climate deal to leverage China into committing to stronger action.

In a speech to the European Parliament on Wednesday, Commission president Ursula von der Leyen said: “For us, the 2030 target is ambitious, it’s achievable and it is beneficial for Europe.

“Our impact assessment clearly shows that our economy and industry can manage this,” she said, noting that European countries had cut emissions by 25% since 1990.

China’s former chief climate negotiator, Xie Zhenhua, said in a speech on Wednesday that the country had met its 2020 carbon emission target three years of schedule and was “making active preparations” for updating the 2030 target.

Beijing is favouring clean energy over fossil fuels in its coronavirus recovery package, but provinces have reverted to building coal power plants to reboot economic growth.

In its initial pledge towards the Paris Agreement, China committed to peaking emissions by 2030 and cut the carbon intensity of its economy 60-65% from 2005 levels.

Signatories to the Paris pact are expected to submit updated targets by the end of 2020, but the UN only expects 80 to meet the deadline, not including China.

UK climate action champion Nigel Topping said on Twitter that China’s announcement “raises expectations for Cop26 in Glasgow next year. Could China be about to join the race to zero?”

Big news: Beijing considering carbon neutrality & new peak date for emissions. “China is willing to contribute more.” Raises expectations for #COP26 in Glasgow next year. Could China be about to join the #RaceToZero? https://t.co/dXWfHYXUSt

John Murton, the UK’s Cop26 envoy, also hailed it as a positive sign for next year’s climate talks.

Good to see the Chinese Foreign Ministry @VOICE_OF_PRC comment that #China is ‘now considering and studying a mid-century long-term vision for climate change, including such issues as the peaking of carbon dioxide emissions and carbon neutrality’ #COP26https://t.co/VD95KKs6Qd