In its national climate plan, Cuba indicated it would like to sell carbon credits on an international market, a concept previously opposed by socialist allies 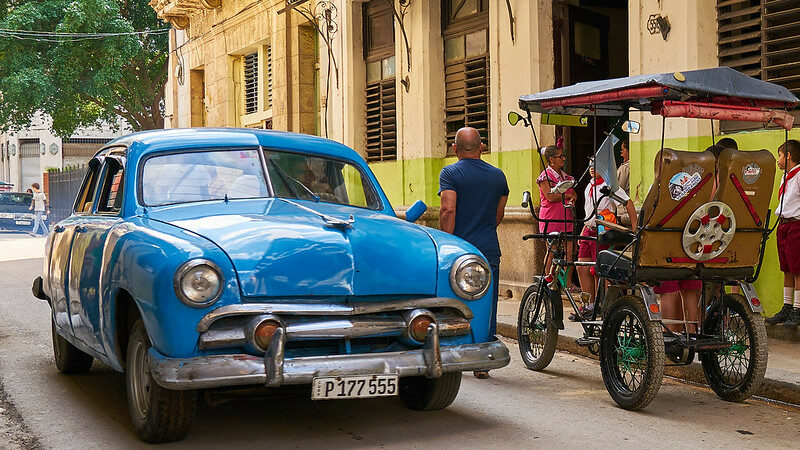 Cuba has suggested it wants to get paid to reduce emissions, if a controversial global carbon credit scheme is set up.

In an updated climate plan submitted to the UN this month, Cuba says it “intends to use cooperative approaches that involve the use of mitigation results of international transfer” under Article 6 of the Paris Agreement.

An international carbon market to put Article 6 into practice is still under negotiation. It would allow countries to sell any over-achievement of their emissions reductions targets, for other countries or corporations to count towards their carbon-cutting commitments.

This concept has long been controversial, particularly with left-wing governments allied to Cuba like Venezuela and Bolivia. They prefer “non-market measures”.

Some green campaigners argue carbon trading is a distraction from reducing emissions and could encourage countries to set low reduction targets in order to sell more credits.

The scheme’s supporters though say it incentivises countries, especially poorer ones, to make deeper emissions reductions.

Emily Morris, a Cuba expert at University College London, told Climate Home that Cuba’s statement on Article 6 was “ambiguous”. The Cuban environment ministry did not respond to repeated requests for clarification.

“My guess is that this should not be read as an intention to participate in the carbon credits market as currently proposed,” Morris said, “but rather as a statement that, if and when the question of the responsibility for financing climate change is resolved through a ‘satisfactory covenant’, Cuba would participate, as net recipient of such transfers.”

Morris added that Cuba is restructuring its economy and reviewing its relationships with international finance. While Cuba is committed to reducing carbon emissions, she said, it is also insistent that the richest and most polluting countries should pay the poorer countries (like Cuba), which are suffering most from climate change.

Kelly Levin is an expert in tracking climate action from the World Resources Institute. She told Climate Home that Cuba was one of many vulnerable countries interested in Article 6 – although they would wait and see how it is negotiated before committing.

“Article 6 has the potential to be able to finance mitigation if it is done well but we also need to ensure that it’s done in a way that has environmental integrity and avoids double-counting and strengthens ambition and commitments over time,” Levin said.

In its climate plan, Cuba admitted it doesn’t have a measurement, reporting and verification system in place in line with the Paris Agreement, but said this is an “objective” it is working on. Levin said that such a system is vital if Cuba is to trade carbon credits, although there is some flexibility for small island developing states.

An international carbon trading scheme called the Clean Development Mechanism (CDM) was set up under the 1997 Kyoto Protocol. It lost momentum when the European Union stopped buying credits, making them worth a lot less. Levin said the Kyoto scheme only benefitted a few countries while leaving vulnerable countries behind.

Cuba has two projects registered under the CDM in 2007 and 2009, to upgrade a gas-fired power station to more efficient turbines and capture methane from landfill sites, respectively.

Negotiations on a new scheme have been held up by disagreement on how to implement it so as to avoid double-counting. This is when a nation counts an emission reduction towards its own climate pledge but also sells a carbon credit so another country can count it towards its emissions target.

After coronavirus delayed further talks, any scheme will not be agreed until December 2021 at the earliest, when the UK hosts Cop26 in Glasgow.

Cuba’s Article 6 comment came in its updated nationally determined contribution (NDC) to the Paris Agreement, which all signatories are due to submit by the end of 2020. Cuba’s previous plan covered only the energy sector but now it has added goals for agriculture, transportation and forestry.

This move was welcome by Patricia Espinosa, executive secretary of the UNFCC. She tweeted that she was “glad to see [Cuba’s] commitment in expanding [its] mitigation goals by including agriculture, transportation and forestry sectors in addition to renewable energy and energy efficiency.”

Manuel Carmona Yebra, a policy officer at the European Commission’s directorate general for climate said it was “excellent news”.

On transport, Cuba aims to reduce fossil fuel consumption by land vehicles by 50% by 2030. The country’s rail network is old, slow and unreliable and is being improved by Russian and Chinese investment.

The government plans to increase forest coverage to 33% of total land area by 2030 which it says will remove 170m tons of CO2. According to the World Bank, forest coverage was 31% when last measured in 2016.

In agriculture, it aims to treat 100% of waste water from the pig farming sector. Pig manure emits greenhouse gases but filtration and treatment can reduce the emission level.

Cuba reaffirmed a target to increase renewables from 4% of the country’s electricity generation mix (mainly biofuels) to 24% by 2030. Morris said this was less ambitious than Caribbean neighbours like Belize, Jamaica and the Dominican Republic. “Moreover, the Cuban target refers only to electricity generation, rather than to total energy, and therefore excludes the use of hydrocarbons for transport, which accounts for a quarter of total energy consumption globally,” she said.

According to the International Energy Agency, over 70% of Cuba’s total energy comes from oil products – most of which is imported. The country’s socialist government has traditionally imported oil from its ideological allies, first from the Soviet Union and then from Venezuela and Mexico.

Morris said that Cuba has a “very strong economic imperative” to shift from fossil fuels to domestic renewables as fuel imports account for a “major share”, around 30%, of its total import spending. “Not only does this represent a heavy burden for a foreign exchange-constrained economy, but it also generates vulnerability to economic crisis, due to the volatility of international oil prices” and “leaves Cuba exposed to supply interruptions”, she said.

According to the International Renewable Energy Agency (Irena), one barrier to achieving this “ambitious” goal is a lack of finance. “With the government’s renewable energy investment goal of $3.5 billion, foreign investment in the small island state is critical,” Irena said.

Cuba used its climate plan as a chance to attack Donald Trump’s “intensification” of the US’s long-running blockade of Cuba. They said this was the “main obstacle to the achievement of major progress when facing climate change and national development” and a “fundamental barrier for Cuba to access international financial resources, supplies and technologies”.

Morris said that most sources of finance were obstructed by US sanctions, but “progress in developing programs to gain access to those limited international climate funds that are not blocked by US sanctions or mobilise domestic sources for investment in renewables has so far been weak”.

Cuba made a similar attack on the blockade when submitting its original climate plan in 2015 – although they recognised then-president Barack Obama’s “limited measures” to relax the embargo. Democratic candidate Joe Biden has pledged to re-instate Obama’s relaxations if elected US president in November.

This article was amended to note that Cuba participated in the CDM.