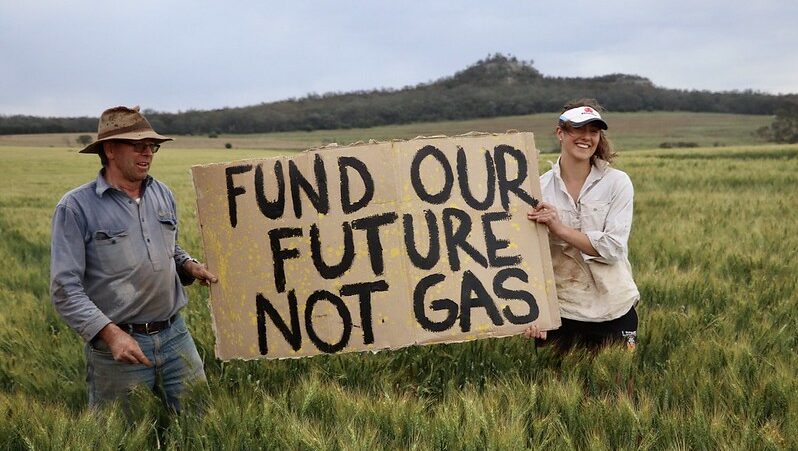 The decision was met with widespread anger by environmental campaigners, who say that it will increase greenhouse gas emissions, destroy biodiversity in the Pilliga forest and damage groundwater supplies used by farmers.

It comes as the Australian government pursues a “gas-fired recovery” from the coronavirus crisis. In September, prime minister Scott Morrison described gas as a “critical enabler of Australia’s economy”.

“To help fire our economic recovery, the next plank in our JobMaker plan is to deliver more Australian gas where it is needed at an internationally competitive price,” he said.

After a decade-long campaign, Santos was given the green light by NSW’s independent planning commission on Wednesday. “Following its detailed deliberations, the commission concludes the project is in the public interest and that any negative impacts can be effectively mitigated with strict conditions,” the commission said.

In its pitch to the commission, Santos said the A$3.6bn project ($2.6bn) would deliver “more affordable, secure, cleaner energy” and supply up to half of the energy needs in New South Wales, the country’s most populous state.

Around half of Australia’s gas reserves need to stay in the ground if global warming is to stay below 2C this century, according to analysis from the Australian National University.

Gas is commonly touted as a cleaner fuel than coal, because it emits around half the carbon dioxide when burned for energy. But methane leaks – or fugitive emissions – during extraction, processing and transport can worsen the fuel’s climate impact.

The Narrabri project, which involves drilling down on around 850 coal seam gas wells across a 95,000 hectare area, could lead to large volumes of saline, contaminated water, and the destruction of native vegetation, Klatovsky said. Gas drilling also introduces weeds and pest species to the region, he added.

Richard Denniss, chief economist at The Australia Institute, told Climate Home that plans for a gas-driven recovery are driven by “the government’s political need to simultaneously signal that it is moving away from coal but not moving away from the extractive industries more generally”.

In August, minister of energy and emissions reduction Angus Taylor introduced a bill to change the investment mandate of the Clean Energy Finance Corporation (CEFC) which would enable Australia’s green bank to use its Grid Reliability Fund for gas power projects by defining them as “low-emissions technologies”.

In Morrison’s national energy address in September, he said there was “no credible energy transition plan for an economy like Australia that does not involve the greater use of gas”. Morrison said that Australia would expand its renewable capacity by adding 12.6 GW but the primary focus of the recovery would be unlocking more gas, describing it as “the perfect complement to solar and wind”.

The government continues to back controversial coal mine expansion, with Morrison saying in his address that “coal will continue to play an important role in our economy for decades to come”.

This week the Queensland government announced that it had signed a deal with mining company Adani to defer royalty payments of A$271 million ($195 million) on a mine in central Queensland.

“Yet again we see Adani being given a free ride and a secret deal,” said Rod Campbell, research Director at The Australia Institute, said in a statement on Thursday. “Subsidising new coal is the last thing Queensland should be doing as global coal demand declines in the wake of the pandemic and in response to climate action.”

Australia came under fire earlier this week for not taking part in the UN biodiversity summit or signing a leaders’ nature pledge which outlined a 10-point plan to halt global biodiversity destruction. A government spokesperson said Australia would not agree to environmental targets “unless we can tell the Australian people what they will cost to achieve and how we will achieve it”.

“Australia is in a biodiversity crisis. The recent bushfires resulted in the death of approximately 3 billion native animals. Australia refuses to be held responsible for our global responsibility,” said Klatovsky.