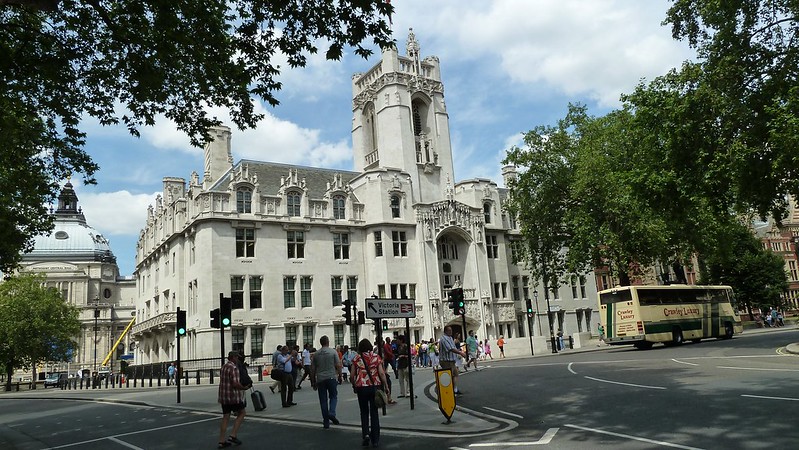 The Paris Agreement has been criticised for not imposing legally binding emissions targets on countries, but that needn’t mean it’s toothless.

In the UK, a hugely significant climate case was heard at the Supreme Court this week, concerning Heathrow Airport’s plans to build a third runway. The arguments hinge on whether the government was legally required to consider the Paris Agreement goals in its planning process.

If the justices uphold a lower court’s ruling, airport expansion will become much harder to justify, not just for Heathrow but any British airport. A decision is expected in January.

Indeed, if campaign groups Friends of the Earth and Plan B win, their litigation strategy could be replicated in other jurisdictions.

Aviation is one of the hardest sectors to decarbonise. Unless there is a major technological breakthrough in the coming decades, it will be hard to reconcile an increase in flying with net zero emissions targets.

South Korea’s government came to power promising to stop financing coal. So there was an outcry this week when state-owned utility Kepco decided to invest $189 million in Vung Ang 2, a 1,200MW coal plant planned in Vietnam.

In an unusually confrontational move, envoys for Cop26, next year’s UN climate talks in the UK, tweeted criticism of the project and all those involved.

Since publication, Korean industry minister Yoonmo Sung told a government audit hearing there were no plans to back any more coal plants after Vung Ang 2. Samsung, a contractor, said this coal project would be its last.

In the polarised world of US climate politics, it’s easy to lose sight of the hard data. Covid superspreader and liar-in-chief Donald Trump likes to claim the US has “the lowest carbon”. Uh, compared to what?

Joe Lo looked at the numbers. Carbon dioxide emissions did decline slightly in the first three years of Trump’s term, to their lowest level since 1992.

But the pace was slower than leading nations’ and the US continues to generate an outsized share of climate pollution on a global scale.

The Biden-Harris administration can rebuild democracy and climate action