Indigenous communities in Mexico are suing the government over plans by a Total-owned company to install more than a million solar panels near their homes.

The 674-hectare site earmarked for the solar farm, between the Mayan-speaking villages of San José Tipceh and Plan Chac, in the southern state of Yucatán, is partly located on indigenous communal land. To make space for the photovoltaic panels, project developers plan to clear 600 hectares of trees and other wild vegetation.

Residents fear deforestation of the site will create a “heat island” and worsen water shortages – potential side effects identified in the environmental impact assessment. Dependent on small-scale agriculture and bee farming, people in both villages have opposed the plans, saying the project will hurt their livelihoods for little reward.

“The contracts only benefit… the Americans who designed the project. The villagers are only left with the crumbs,” Abraham Chi, a resident of the nearby town of Muna, told Climate Home News. “If there was a benefit for the community, I doubt there would be anyone opposing it.”

The solar farm, which is divided into two sites, known as Ticul A and Ticul B, would see the installation of 1.18 million solar panels to generate 300MW of electricity.

Opponents to the project are taking their case to a district court in the state of Yucatán, where they will argue their rights to consultation were violated – and environmental concerns have not been addressed.

The case has become emblematic of failure to engage communities in the development of large energy projects on indigenous land, fuelling land conflicts.

The project is being developed by Vega Solar, a subsidiary of the US solar giant SunPower, of which oil company Total is a majority shareholder. In recent years, Total has used SunPower to showcase its commitment to solar energy.

Neither SunPower nor Total responded to CHN’s repeated requests for comment for this story. 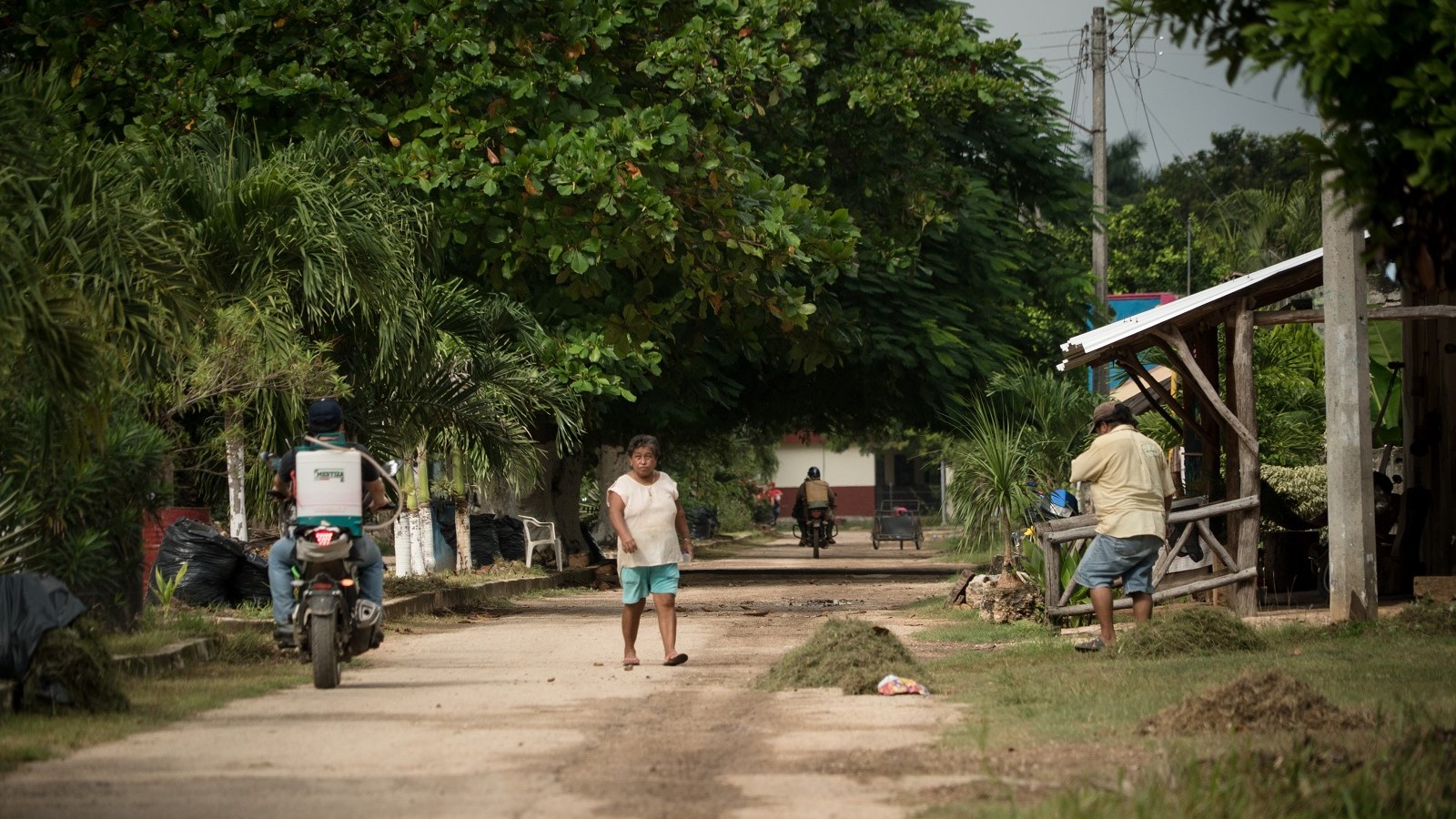 The village of San José Tipceh (All photos: Robin A Canul) 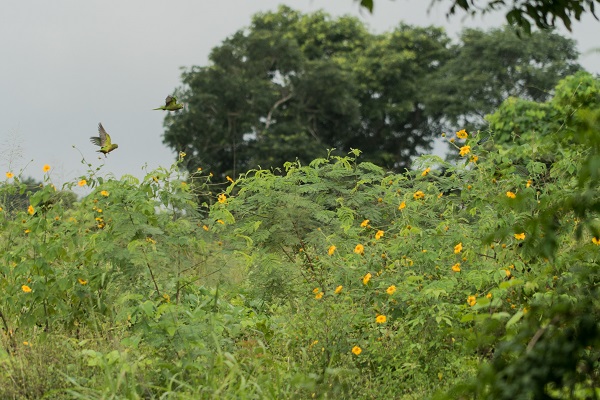 The solar park requires the deforestation of 600 hectares of land

Surrounded by thick bush used for hunting and known locally as monte, the villages of San José Tipceh and Plan Chac are within 500 metres of the solar park site.

Aurelio Mugarte, a Mayan speaker from San José Tipceh with rights to the communal land, questioned the green rationale for the project.

“How can this about addressing climate change? How can they be planning to destroy hundreds of hectares of trees that give us oxygen to fill our lungs?” he said. “We honestly foresee that if the project happens, San José will become a ghost town. Everyone will be forced to leave, even if they don’t want to.”

In the hot season, temperatures reach a sweltering 40 to 50C. If the site is cleared of trees, residents fear temperatures could soar higher still.

Antonio Borges, of Plan Chac, hasn’t left the area since he was born 50 years ago. On his plot of land, he grows radishes, cucumbers, pumpkins and coriander. Others in the area produce corn and beans. About 80% of the harvest is sold across Yucatán state.

“Last year we had almost five months without any rain and a lot of crops were lost,” he told CHN. “More heatwaves will affect us,” he added, expressing concerns the solar park would destroy his livelihood. 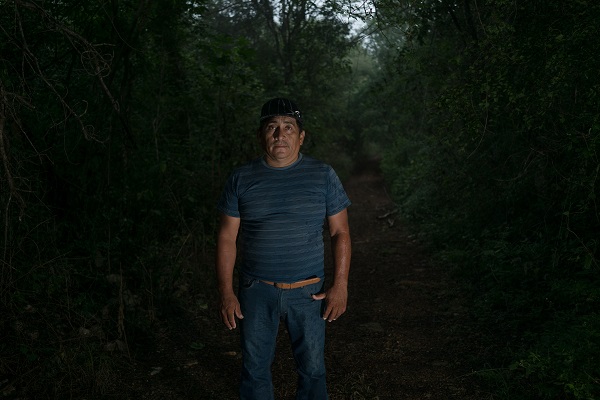 A group of residents, including five landowners, is taking legal action against Mexico’s energy and environment ministries, accusing them of “serious violations” of their environmental and cultural rights under the International Labour Organisation (ILO) 1989 Indigenous and Tribal People Convention.

The convention establishes the obligation to consult indigenous people in good faith and guarantees their participation in the decision-making process of energy projects affecting their land and resources.

The plaintiffs say they did not give prior, free and informed consent for the solar park. Those opposing the project faced intimidation and technical material was not translated into Mayan, excluding some residents from the conversation, they say.

In the village of Plan Chac, residents and authorities could not even agree on the protocol for consultation.

“They tried to conduct a very sensitive consultation in a way that we would said ‘yes’ to the project when everything is wrong with it,” Mugarte said.

These claims are backed by an observation note from representatives of the UN High Commission for Human Rights, who concluded the consultation did not comply with international standards.

An agreement signed between landowners and the company before residents were fully consulted generated “strong pressure for the completion of the consultation and the granting of consent,” breaching guidelines for the process to be “free from intimidation, coercion, manipulation and harassment,” they wrote.

The environment ministry told Climate Home it was the responsibility of the energy ministry to oversee the consultation.

The energy ministry defended the consultation process. A spokesperson said by email a consultation was carried out in San José Ticpeh in line with the ILO Convention and with Mayan translation, resulting in residents giving their consent. Dialogue with residents in Plan Chac “was not possible,” they said.

Under Mexican law, energy projects developers are allowed to enter agreements regarding the use of the land before a consultation process is developed, the official said, insisting this did “not impede” the consultation with indigenous communities. 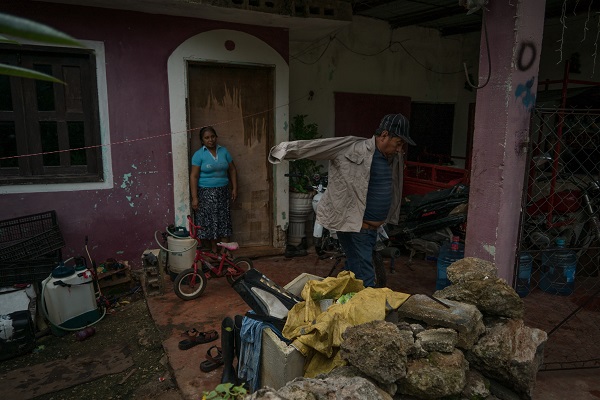 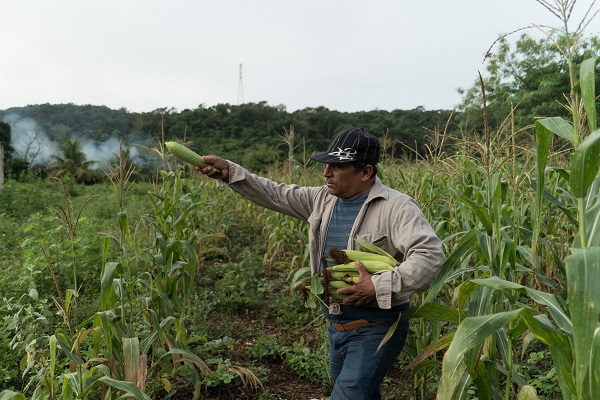 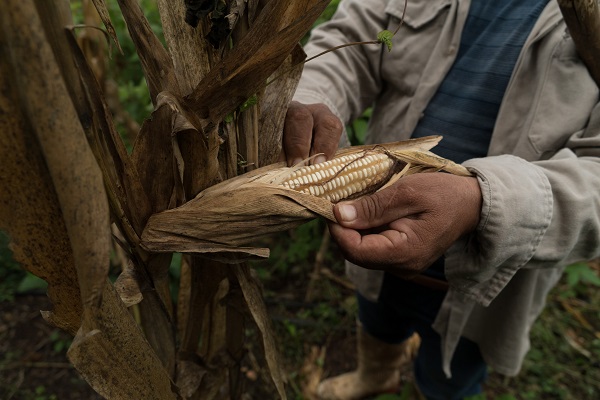 Since plans were presented to residents in 2017, the project has divided communities between landowners who hoped to make money from the lease of the land and those who had little to gain from the development.

Under the ejidos system of land tenure, some members of the community inherited rights to communal land designed for public use that can be leased to external actors. The solar farm requires the 102 ejidatarios with land rights to lease just over half the area of the site to SunPower.

Mugarte told CHN the company agreed to pay landowners 20,000 pesos ($945) a year for each hectare of land. He hasn’t received any payment so far because of his involvement in the court case, he said.

“If this project is established the communities will have their territory fragmented – a violation of their cultural rights,” Felipe Romero, lawyer at the Mexican Centre for Environmental Law (Cemda) who is representing villagers in the case, told CHN.

The company offered to install solar panels on the roof of the local school and to repair the bathroom facilities, he added. But for those without rights to the land, the deal is sour.

Romero expects an audience in front of a district judge imminently and a judgement to be served before the end of the year. 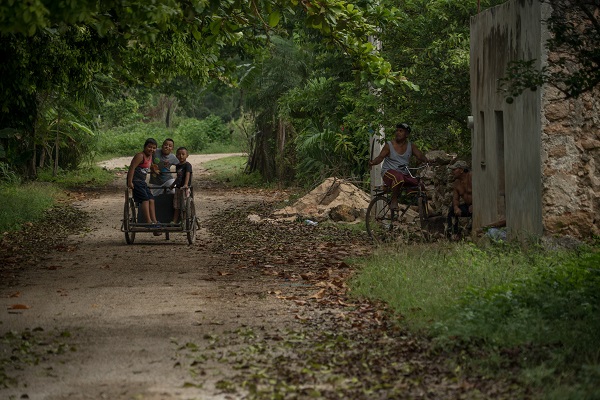 In 2017, plans for the solar farm were part of a boom in clean energy projects in Mexico, and particularly solar developments. That year, data from Bloomberg New Energy Finance show Mexico’s clean energy power market jumped more than sixfold to $6.17 billion.

Since then, pro-clean-energy policies have been reversed. After taking office at the end of 2018, President Andrés Manuel López Obrador favoured fossil fuels over renewable energy, citing energy security concerns.

Recent policies have thwarted the development of clean energy projects and given priority to dirtier energy to be dispatched by the national grid, potentially affecting the viability of the Ticul project.

“We need renewable energy to address climate change but the renewable sector also needs to be held to account,” said Karen Hudlet, researcher at the Business & Human Rights Resource Centre.

This is not an isolated example of human rights issues with large-scale solar projects, Hudlet told Climate Home: “The consultation process with indigenous communities has become more of a mandatory checklist” than a serious attempt to seek consent…

“If we keep allowing companies to press ahead with such projects and only late in the process engage with communities there will be more land conflicts. Cases like this should be a warning signal to get it right.”